Christine Lampard posed arm-in-arm with the Derby County boss on holiday in France.

But their break comes amid reports Frank, 40, is on the verge of rejoining the Blues as their manager five years after leaving following a glittering 13-year spell as player.

And fans of the Premier League club wasted no time in urging Frank to make the return.

One wrote: “Send him over to Cobham there’s a contract waiting for him.” 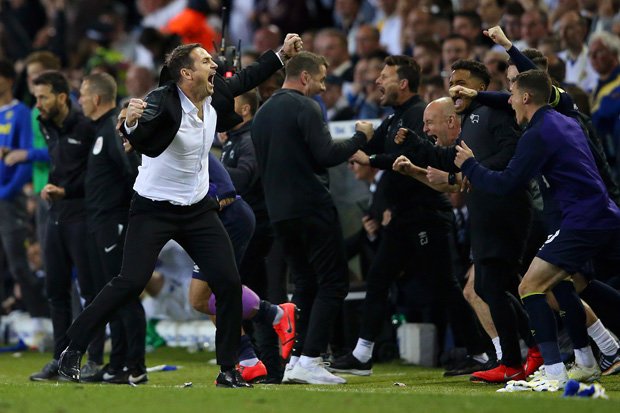 He is understood to be their first choice after the departure of Maurizio Sarri, who has joined Juventus after just one season in the dugout.

Derby are thought to want around £4million for the ex-England midfielder.

Frank is one of Chelsea’s greatest ever players, and is their all-time leading scorer.

He was a key part of the Roman Abramovich era, winning Premier League titles and one Champions League.