AT the heart of the infamous Chernobyl Exclusion Zone lies a deadly radioactive object once capable of killing within SECONDS and which still carries a chilling death sentence.

The bizarre sounding Elephant's Foot is a mass of highly-radioactive material formed in the wake of the 1986 nuclear disaster, which is the focus of the Sky Atlantic hit 'Chernobyl'. 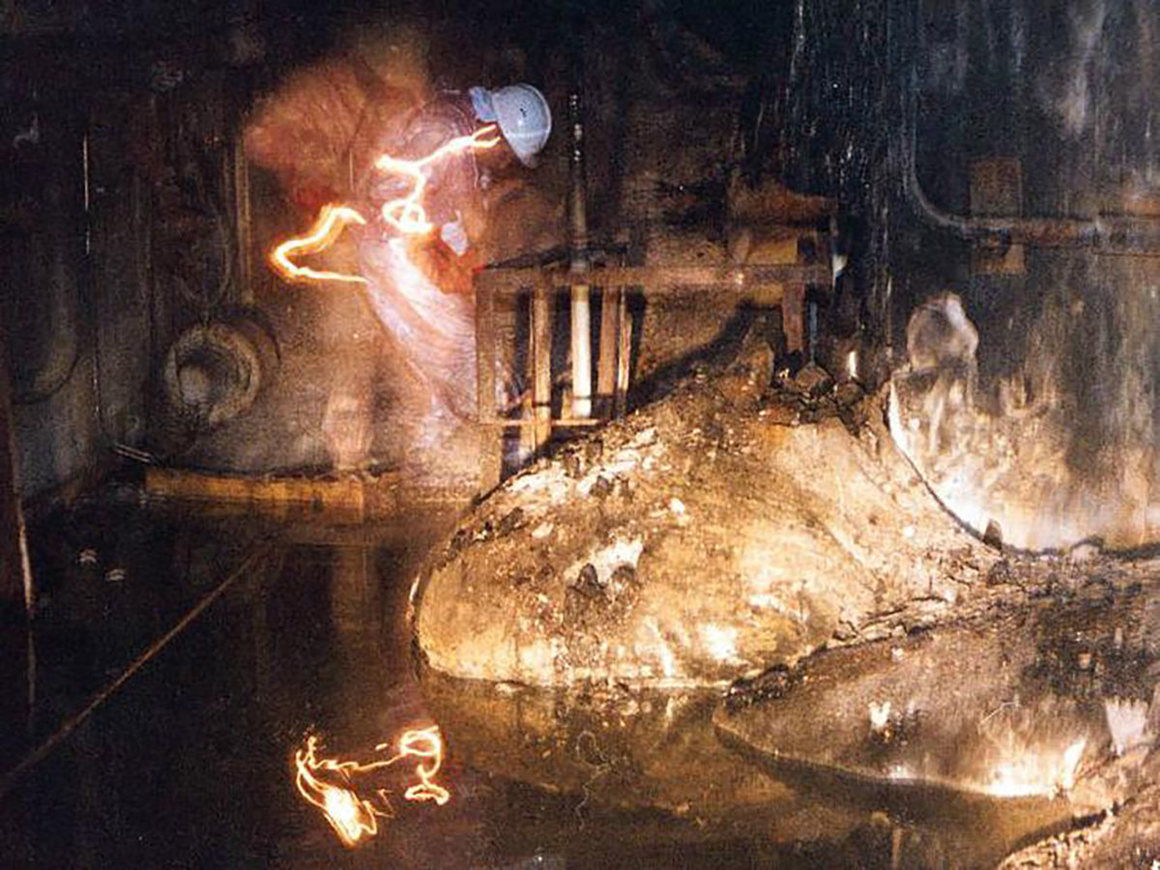 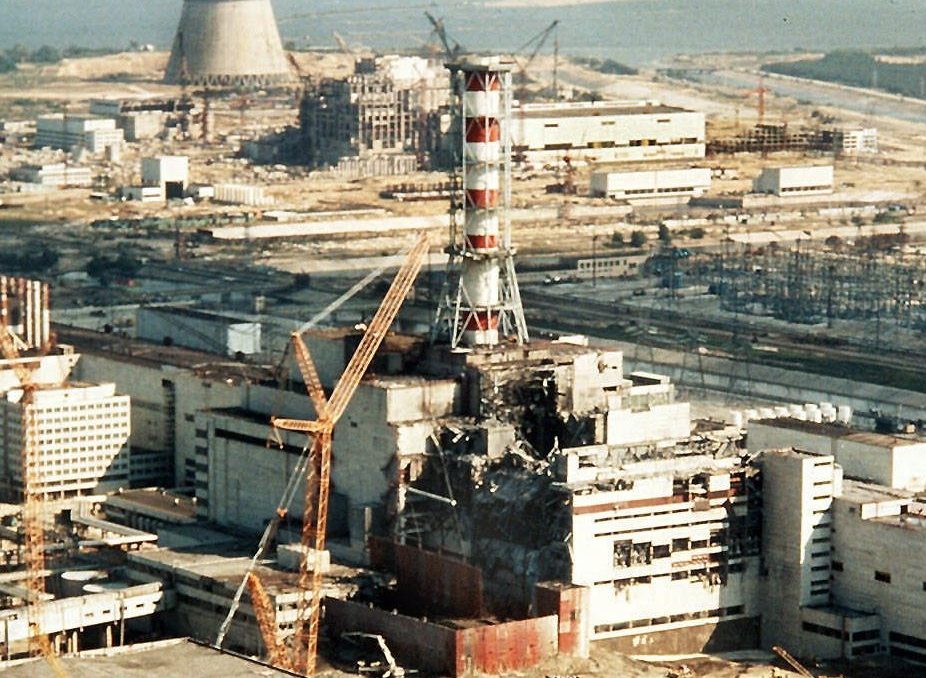 Emergency workers in Ukraine found the 10ft toxic mass – made up of highly dangerous corium – inside a dark chamber beneath failed reactor Number 4.

They soon discovered the eerie-looking steaming 'black lava' had oozed straight from its ruptured core.

According to readings, the still hot portion of molten concrete and sand was emitting enough radiation to give a lethal dose in just 300 seconds.

The intense radiation emitted by the Elephant's Foot could have reduced life expectancy to a handful of days, reports the Star.

WHAT WAS THE CHERNOBYL NUCLEAR DISASTER?

An alarm bellowed out at the nuclear plant on April 26, 1986, as workers looked on in horror at the control panels signalling a major meltdown in the number four reactor.

The safety switches had been switched off in the early hours to test the turbine but the reactor overheated and generated a blast the equivalent of 500 nuclear bombs.

The reactor's roof was blown off and a plume of radioactive material was blasted into the atmosphere.

As air was sucked into the shattered reactor, it ignited flammable carbon monoxide gas causing a fire which burned for nine days.

The catastrophe released at least 100 times more radiation than the atom bombs dropped on Nagasaki and Hiroshima.

Soviet authorities waited 24 hours before evacuating the nearby town of Pripyat – giving the 50,000 residents just three hours to leave their homes.

After the accident traces of radioactive deposits were found in Belarus where poisonous rain damaged plants and caused animal mutations.

But the devastating impact was also felt in Scandinavia, Switzerland, Greece, Italy, France and the UK.

An 18-mile radius known as the “Exclusion Zone” was set up around the reactor following the disaster.

At least 31 people died in the accident – including two who were killed at the scene and more who passed away a few months later from Acute Radiation Syndrome.

The actual death toll is hard to predict as mortality rates have been hidden by propaganda and reports were lost when the Soviet Union broke up.

In 2005, the World Health Organisation revealed a total of 4,000 people could eventually die of radiation exposure.

About 4,000 cases of thyroid cancer have been seen since the disaster – mainly in people who were children or teenagers at the time.

Many believe it could be the most dangerous piece of waste in the world and even today setting foot in the chamber where it is slowly cooling amounts to a death sentence.

It’s so hard and dense that no normal drill can penetrate it and when the Russian authorities shot at it with an AK-47 they only scratched its surface.

Only two pictures of the foot were ever released to the public but due to it's deadly radiation, even the camera’s film was affected.

This resulted in the deterioration of the photos, and anomalies in the picture quality itself.

Hauntingly, both photographers would soon fall victim to the foot’s toxicity and perish shortly afterwards.

Even after more than 30 years, the foot is still melting through the concrete base of the power plant.

Its existence makes the city uninhabitable to humans for at least the next 100 years.

If it melts down into a source of ground water, it could trigger another explosion or contaminate the water of nearby villages. 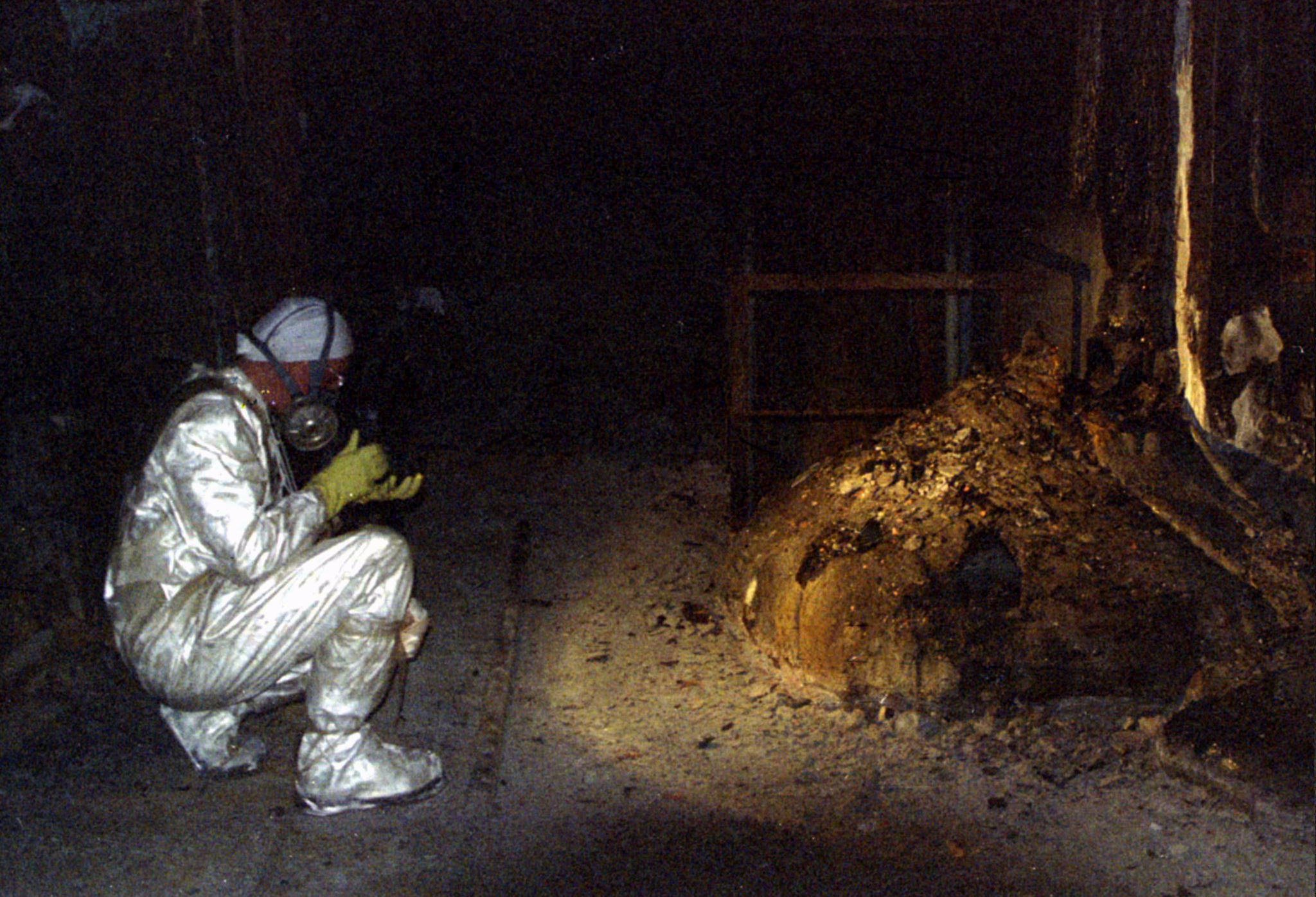 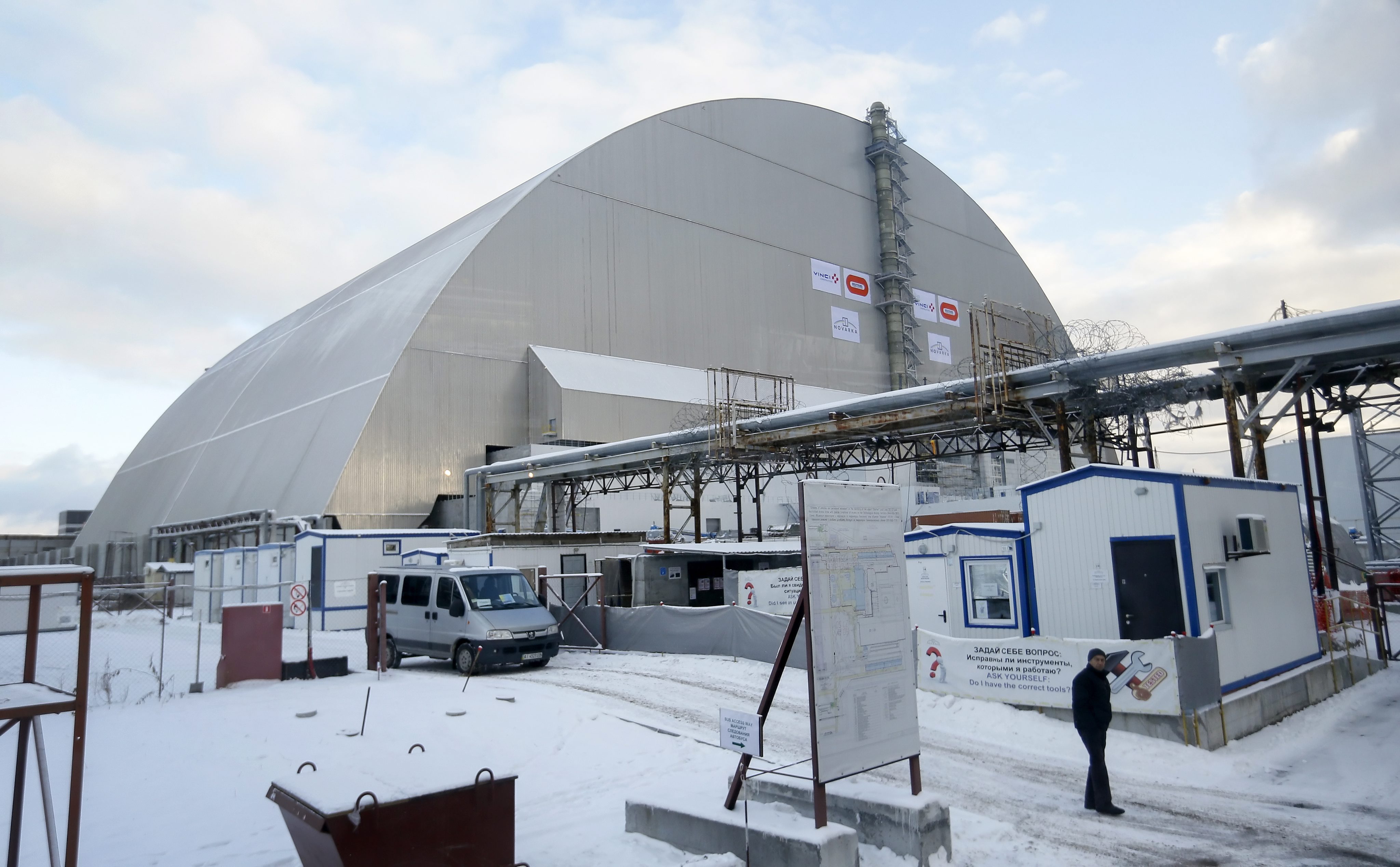