The decision comes after controversial remarks about Taiwan’s independence at last year’s ceremony. 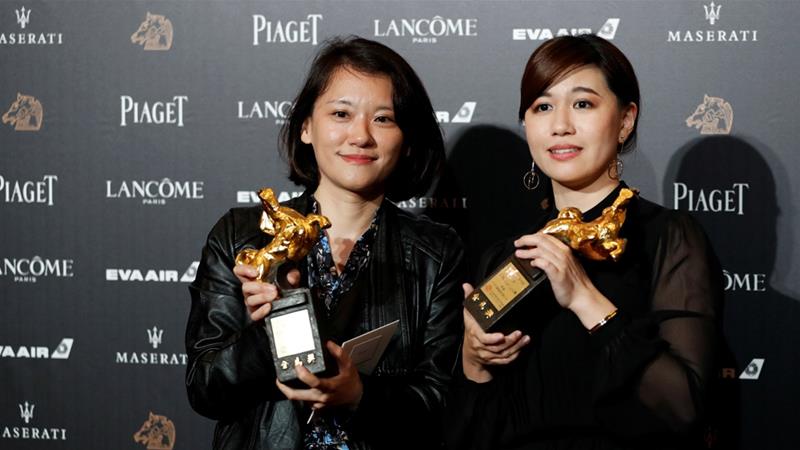 China has said it is banning Chinese movies and actors from the Golden Horse show in Taiwan, one of the most prestigious film award shows in Asia.

No specific reason was given in the announcement, which was made on the government-linked China Film News blog.

The Golden Horse organising committee said this year’s event will go on despite China not participating.

“The Committee regrets to be informed of the news, if it is confirmed,” it said in a statement to the Associated Press.

“The jury process of Golden Horse Awards is ongoing and will continue as planned, and all Golden Horse events will take place as usual.”

During last year’s ceremony, one of the winners asked the world to recognise Taiwan as an independent country during her acceptance speech.

The speech by director Fu Yue led to criticism from Beijing, which considers Taiwan part of China ever since it split from mainland China amid civil war in 1949. She set off a firestorm of criticism after saying that her biggest hope was for “our country” to be regarded as an “independent entity”.

Following the remarks, Chinese participants refused to appear on stage, made pointed remarks about Taiwan and China being members of the same family, and then declined to attend the banquet reception following the show.

Chinese lambasted Fu on China’s Twitter-like Weibo platform, sharing posts under the hashtag “Not one speck of China can go missing” and a map of China that includes Taiwan and territories it claims in the South China Sea.

Fu got support from Taiwanese President Tsai Ing-wen, who is loathed by Beijing for her pro-independence stance, saying in a Facebook post that the annual awards highlight the freedoms that set Taiwan apart from China.

“Here [in Taiwan] there aren’t people who will disappear or be silenced for expressing differing viewpoints,” she wrote. “And we also don’t have sensitive terms that are censored on the internet.”

Tension between China and Taiwan have risen over the last couple of weeks.

Last week, China issued a ban on solo travel to Taiwan starting on September 1 as part of measures to inflict an economic cost for the island’s refusal to recognise being part of Chinese territory to eventually be brought under Beijing’s rule.

China’s military held exercises this week in waters near Taiwan, following last week’s warning it was ready for war if there was any move towards independence.