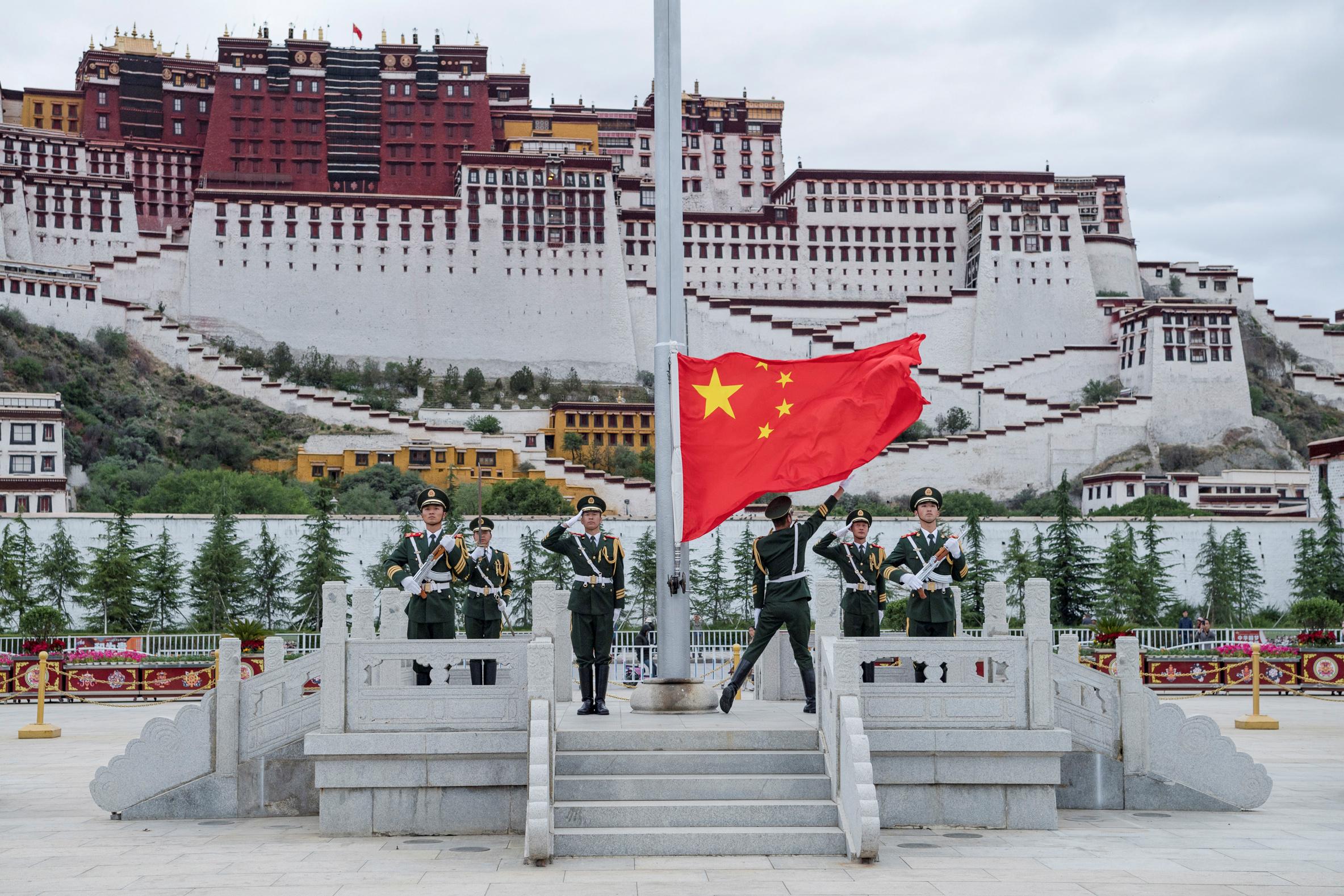 The renewed push to step-up development of the remote and impoverished southwestern region signals Beijing’s intent to bolster frontier security amid heightened border tensions with India in recent months, two of the sources said.

He said a number of major infrastructure projects and public facilities would be completed, including the Sichuan-Tibet Railway, according to remarks published by the official Xinhua news agency.

The construction plans include completion of the challenging middle section of a high-elevation Sichuan-Tibet railway link, a railway line between Nepal and Tibet that has remained in the planning stages, and a newly planned dry port in the Tibet Autonomous Region, the sources said.

The sources declined to be identified because they were not authorized to speak with media.

It was not immediately clear how much of the targeted spending is new, or over how many years it would be invested.

China’s State Council Information Office and the Tibet regional government did not immediately respond to requests for comment.

Construction on the most difficult section of the Sichuan-Tibet railway – linking Chengdu with Lhasa – will begin in coming weeks, said two of the sources.

The 270 billion yuan section of the railway has been known for construction challenges posed by rough terrain and complex geology, notably the segment linking Sichuan’s Ya’an city with Nyingchi in southeastern Tibet near the border with India.

Beijing also wants to push ahead with the Tibet-Nepal Railway linking Kathmandu with Shigatse, the second-largest city in Tibet, which was among a number of bilateral deals signed in 2018 between Nepal and China, but has yet to gain much traction.

Nepal is a buffer between China and India and is considered by New Delhi as its natural ally, but China has made inroads by pouring aid and infrastructure investment into what is one of the world’s poorest countries.

A June clash in the western part of the China-India border was the worst violence between the Asian giants in decades, and there is little sign of easing tension, with more military action in the past week.

Beijing has long aimed to build a high-speed rail network to make Tibet more accessible from China’s inland provinces, and it plans to improve or extend railways being planned or constructed that connect it with other parts of China, two of the sources said.

Last month, China announced plans to expand the country’s railway network by one-third over the next 15 years.

Within Tibet, the planned spending covers the revamp and expansion of highways, roads and scenic spots, two of the sources said.

Beijing sent troops into Tibet in 1950 in what it officially terms a peaceful liberation and maintains a heavy security presence in the region, which has been prone to unrest.

China rejects criticism from rights groups and Tibetan exiles of its rule there, saying it has brought much-needed development to a remote region and that it respects Tibet’s culture and religion.

China’s policies towards Tibet have come under the spotlight again this year amid worsening ties with the United States.

In July, U.S. Secretary of State Mike Pompeo said the United States would restrict visas for some Chinese officials involved in blocking diplomatic access to Tibet and engaging in “human rights abuses”.

09/04/2020 World News Comments Off on China planning building spree in Tibet as India tensions rise, sources say
Recent Posts
We and our partners use cookies on this site to improve our service, perform analytics, personalize advertising, measure advertising performance, and remember website preferences.Ok