Group trek up Heavenly Ladder on Great Wall of China

The series of fortifications were constructed along the northern borders of ancient Chinese states and Imperial China as protection against various nomadic groups from the Eurasian Steppe. Several walls were built from as early as the seventh century BC, with parts later joined together by the first emperor of China, Qin Shi Huang. Later on, successive dynasties built and maintained multiple stretches of the wall and it now covers more than 13,000 miles of the country.

But National Geographic’s documentary ‘Secrets Of The Great Wall’ revealed how experts made a stunning breakthrough after studying the most well-known sections of the wall built by the Ming dynasty.

Archaeologist Dr Allan Maca, who led the team, said: “In the days of the Ming, this was home to tribes of nomadic horsemen.

“These fearsome warriors had been attacking and pillaging China for centuries.

“The Ming built the Great Wall to keep them out. Now, 600 years later, Chinese experts are using science and technology to reveal its secrets. 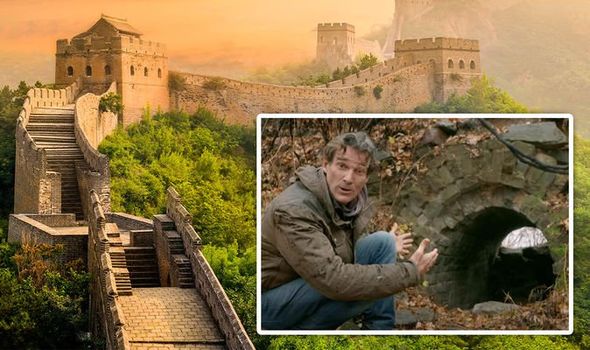 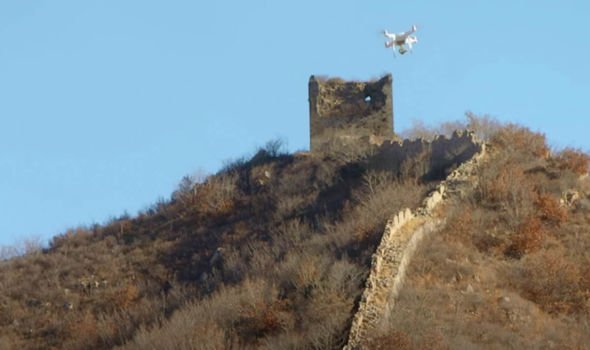 “They are using drone data to create a 3D model of the entire Ming dynasty wall – it’s the most complete scan ever attempted.”

That job fell to associate professor at Tianjin University, Li Zhe, who revealed the painstaking task he undertook.

But Dr Maca explained how Professor Li had uncovered something unexpected during his work. 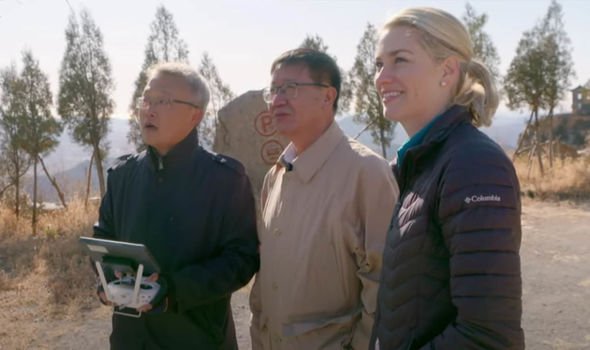 He added: “The new scans reveal the incredible achievements of the Ming in some of China’s most extreme terrain.

“Even on completely impossible ridges, they still succeeded in erecting towers.

“And within the scans, new discoveries. Li Zhe has spotted mysterious openings along the base of the wall.

Discovering what appeared to be a small opening in a pile of rubble, Dr Maca said the area would have once served an important purpose. 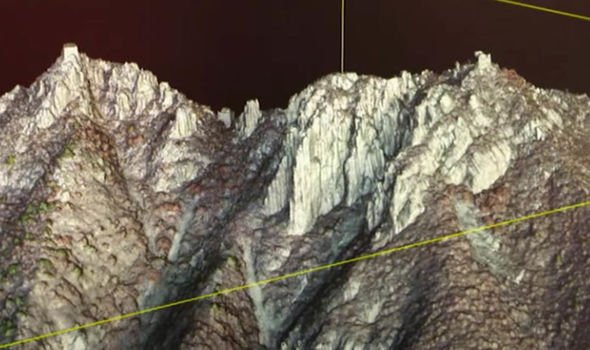 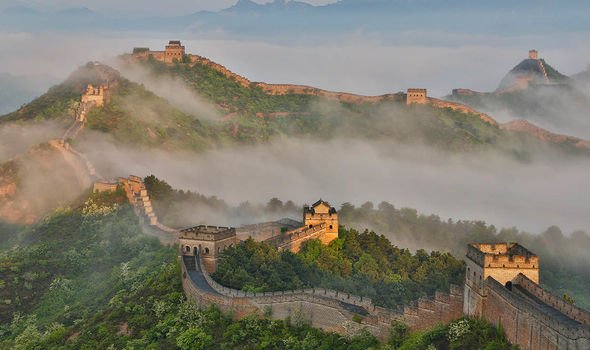 He explained in September: “Today the wall here is crumbled away, but originally it would have stood as tall as a three-storey house.

“Can you imagine a solid wall all the way down the ridge and, all of a sudden, there’s this door clear through to daylight?

“It’s completely baffling, why would a defensive wall have a doorway running through it?

“It’s a pretty small, compact space now, but without all of this rubble here it would have been the size of a person – so they could walk right through.

“This is not some random hole in the wall, it is incredibly well built, this was planned.”

Group trek up Heavenly Ladder on Great Wall of China

Prof Li has found more than 50 of these doors along this part of the wall and it is thought they were used by scouts sent out to spy on the enemy more than 600 years ago.

He hopes to investigate them all.

Apart from defence, other purposes of the Great Wall have included border controls, allowing the imposition of duties on goods transported along the Silk Road, regulation or encouragement of trade and the control of immigration and emigration.

Moreover, the defensive characteristics of the Great Wall were enhanced by the construction of watchtowers, which allowed the ancient civilisation to pass on messages through smoke and fire.

12/11/2020 World News Comments Off on China’s secret: Scan of Great Wall uncovers ‘mysterious openings along base’ of structure
Recent Posts