A citizen journalist jailed for her coverage of China’s initial response to Covid in Wuhan is close to death after going on hunger strike, her family have said, prompting renewed calls from rights groups for her immediate release.

Zhang Zhan, 38, a former lawyer, travelled to Wuhan in February 2020 to report on the chaos at the pandemic’s epicentre, questioning authorities’ handling of the outbreak in her smartphone videos.

She was detained in May 2020 and sentenced in December to four years in jail for ‘picking quarrels and provoking trouble’ – a charge routinely used to suppress dissent. 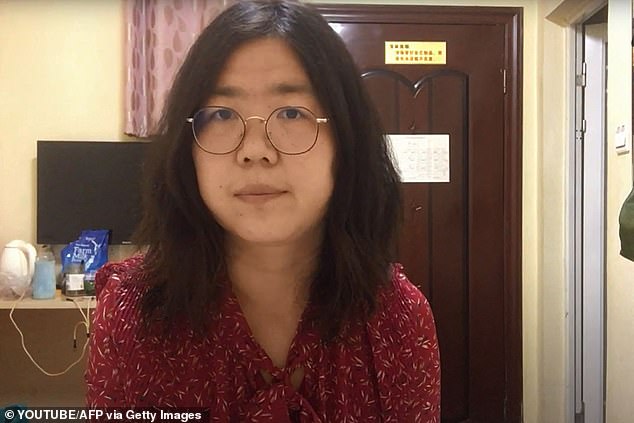 Zhang Zhan, 38, a former lawyer (pictured in a still grab taken from one of her video blogs), travelled to Wuhan in February 2020 to report on the chaos at the pandemic’s epicentre, questioning authorities’ handling of the outbreak in her smartphone videos

She is now severely underweight and ‘may not live for much longer’, her brother Zhang Ju wrote last week on a Twitter account verified by people close to the matter.

Zhang has been on a hunger strike and was force-fed through nasal tubes, her legal team, which did not have information on her current condition, said earlier this year.

‘She may not survive the coming cold winter,’ Zhang Ju wrote, adding that he had urged his sister in letters to ‘take care of herself’.

‘In her heart, it seems there is only God and her beliefs, with no care for anything else.’

Zhang Ju’s posts sparked fresh calls for his sister’s release, with Amnesty International urging the Chinese government Thursday to ‘release her immediately so that she can end her hunger strike and receive the appropriate medical treatment she desperately needs’.

Amnesty campaigner Gwen Lee said in a statement that Zhang’s detention was a ‘shameful attack on human rights’.

Someone close to the citizen journalist, who declined to be named, told AFP the family had asked to meet Zhang more than three weeks ago at the Shanghai women’s prison where she is being held but had not received a response. 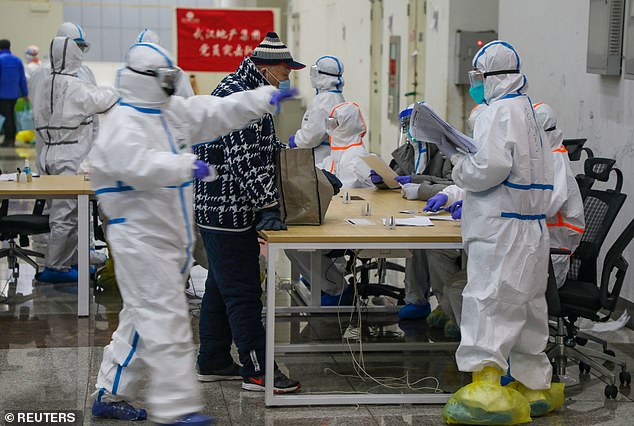 The Shanghai prison also offered no response when approached by AFP.

Zhang now cannot walk or even raise her head without help, according to Reporters without Borders (RSF).

RSF East Asia Bureau head, Cedric Alviani, said the ‘international community (must) apply pressure to the Chinese regime and secure Zhang Zhan’s immediate release before it is too late.’

‘She was only performing her duty as a reporter and should never have been detained, not to mention receive a four-year prison sentence.’

China has revelled in its success in keeping domestic infections down to a trickle of sporadic outbreaks.

The government has put forward a narrative crediting the Communist Party with returning life almost to normal even as death tolls and infections continue to explode in the rest of the world.

But those who threaten the official version by raising questions about the government’s early cover-up and handling of the Wuhan outbreak face the party’s wrath.

Zhang is among a group of four citizen journalists – including Chen Qiushi, Fang Bin and Li Zehua – detained after reporting from Wuhan. 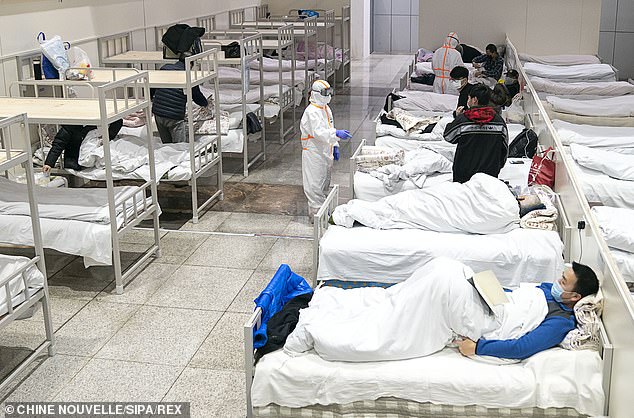 Wuhan caught international attention December 2019 when the coronavirus first broke out there before spreading around the globe, killing at least 5 million people so far. Pictured, patients infected with Covid-19 are seen at a makeshift hospital in Wuhan on February 2020

Home to some 11million people, the Chinese provincial capital caught international attention in December 2019 when coronavirus first broke out there before spreading around the globe, with over 5 million deaths reported so far.

Criticism of China’s early handling of the crisis has been censored, and whistle-blowers, such as doctors, have been warned off speaking out. State media have credited success in reining in the virus to the leadership of President Xi Jinping.

Speaking in December last year, a New York-based human rights organisation told MailOnline that Ms Zhang was being punished ‘for doing exactly what the world desperately needed: reporting on the coronavirus from Wuhan’.

Ms Zhang – a former lawyer – arrived in Wuhan on February 1 from her home in Shanghai. Her short video clips uploaded to YouTube consist of interviews with residents, commentary and footage of a crematorium, train stations, hospitals and the Wuhan Institute of Virology.

After her arrest and sentence – by December 2020 – she was reportedly suffering headaches, giddiness, stomach ache, low blood pressure and a throat infection. 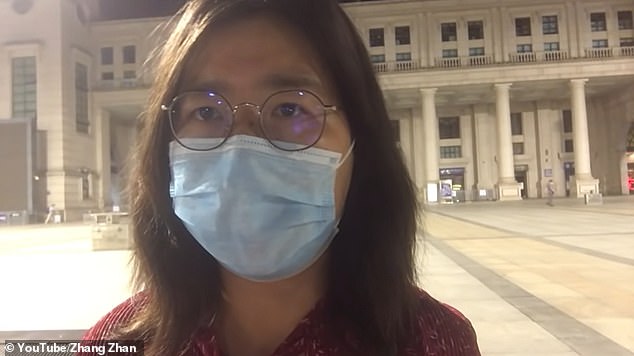 One of Ms Zhang’s lawyers, Zhang Keke, described the grim situation of his client after visiting her in a detention centre in Shanghai last year – according to a post on Weiquan Net, a Chinese website which publishes updates about activists.

He said restraint belts had made it difficult for her to sleep at night and she needed assistance for the toilet, the post read.

Ms Zhang was ‘completely exhausted’ and ‘felt every day is torment’, and could not stop crying during the meeting with her lawyer, the article said.

She also allegedly denied the official accusations that she had fabricated false information and insisted that all her reports had come from first-hand interviews and real-location visits in Wuhan.

According to Weiquan Net, Ms Zhang’s persecution documents were released by the People’s Procuratorate of Pudong New District of Shanghai on September 15, 2020.

One of the official files accused Ms Zhang of ‘maliciously hyping the epidemic of the novel coronavirus pneumonia in Wuhan’ through popular Chinese messaging app WeChat, as well as Twitter and YouTube.

The prosecutor claimed that Ms Zhang had spread ‘a large amount of false information’ through text and videos and accepted interviews with foreign media outlets.