A Smart car driver high on cocaine reached speeds of up to 90mph as he led police on a 15-minute chase across Teesside in rush-hour before crashing head-on into another car.

Footage shows police struggling to catch Liam Talukder, 24, as he dangerously weaves between traffic and changes lanes into the path of oncoming motorists during the 12-mile pursuit.

Taludker and his passenger Stephen Lindsay, 30 – who stole the car keys in a burglary at a home in Linthorpe, just over two miles away – have now been jailed.

Talukder spotted the police car tailing him and sped up to 90mph on the A174 before veering across lanes without warning on to the A171.

In the clip, taken on March 23 at 4.51pm towards the end of the chase, he is seen overtaking cars on a congested road near Thornaby town centre. 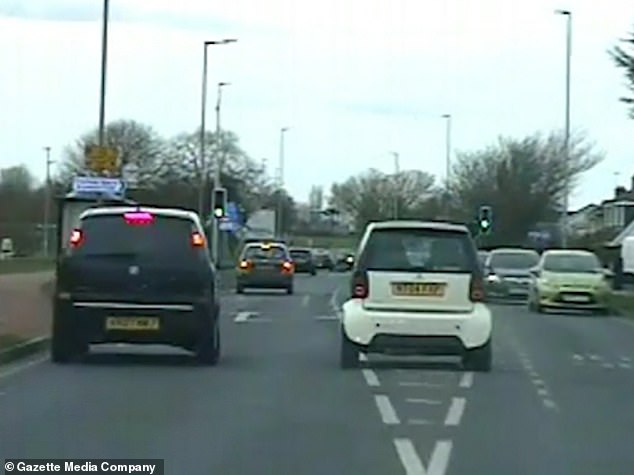 Liam Talukder, 24, leads police on a high-speed pursuit in Teesside while driving a white Smart car. Above, towards the end of a 15-minute chase, he switches lanes into the path of oncoming traffic 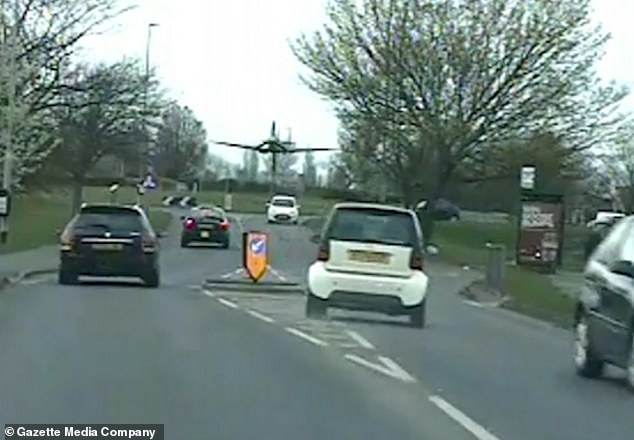 Taludker, who is high on cocaine, heads towards a roundabout during the chase on March 23 just before 5pm 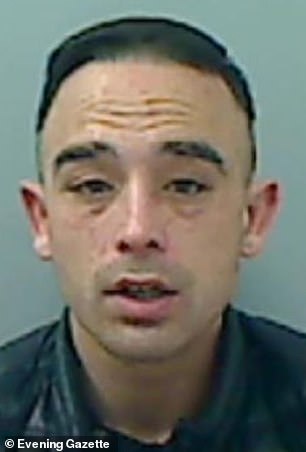 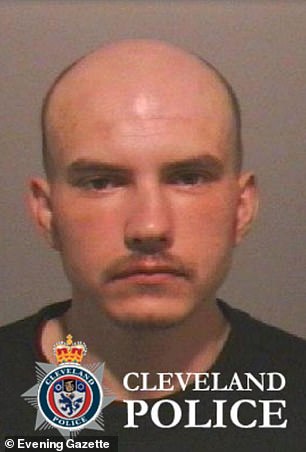 Liam Talukder (left) admitted handling stolen goods, dangerous driving, driving while disqualified, possessing Class B drug and having no licence or insurance. He was jailed for 20 months and banned from driving for three years and 10 months. His passenger Stephen Lindsay, 30, who had stolen the car keys from a house burglary, admitted burglary and was jailed for three years. Both were sentenced at Teesside Crown Court

As he races towards a roundabout, he overtakes three cars, which brake heavily as they are forced to let him pass.

He then swerves around a traffic bollard onto the other side of the road as he overtakes two more vehicles before moving back into the correct lane.

Yet again, he veers across the road as he enters the roundabout the wrong way.

One officer in pursuit is heard on his radio saying: ‘He’s taking risk. He’s gone the wrong side of the roundabout towards Thornaby town centre.’

As Talukder disappears from view, the officer continues: ‘Temporary loss, from the correct side…’ before a voice says, ‘Crash, crash, crash.’ 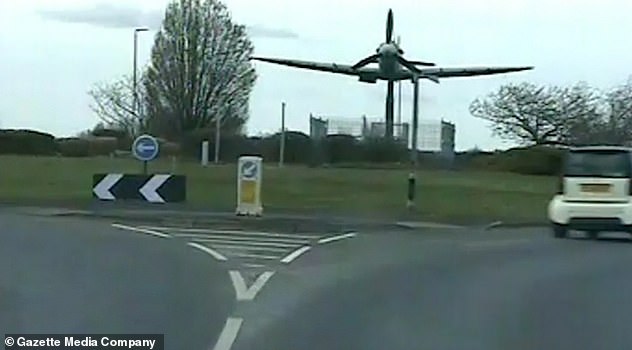 The Smart car goes the wrong way at a roundabout and crashes into a Ford Focus moments later, leaving the driver of the other vehicle with whiplash injuries 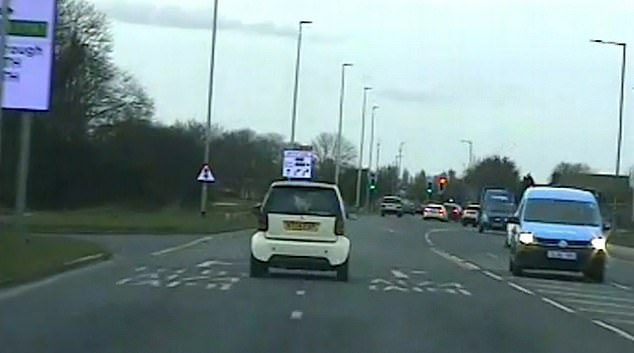 The Smart car, seen earlier, before the crash. Taludker and Lindsay fled the scene but were apprehended later

Talukder and Lindsay fled the scene but were later apprehended.

Lindsay, of Linthorpe, admitted the burglary and was jailed for three years at Teesside Crown Court.

Talukder, of Whinney Banks, Middlesbrough, admitted handling stolen goods worth £5,295, dangerous driving, driving while disqualified, possessing a Class B drug and having no licence or insurance.

Judge Howard Crowson jailed Talukder for 20 months and banned him from driving for three years and 10 months.