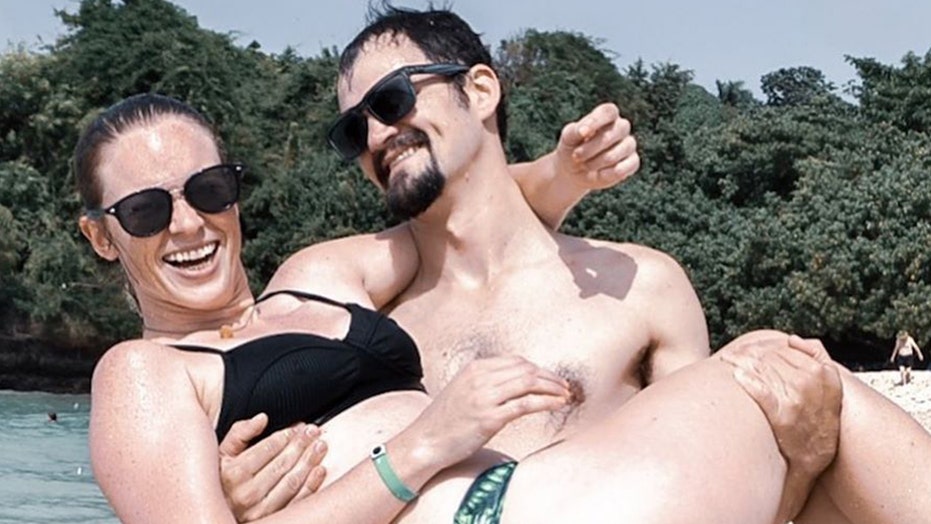 A Colorado couple has filed a lawsuit in the Dominican Republic against the hotel chain where at least four American tourists have died in the past year, alleging that they fell ill because of pesticides while staying at one of the chain's properties last year.

The Grand Bahia Principe La Romana, the hotel where the couple — Kaylynn Knull and Tom Schwander — say they stayed, is where a Maryland couple was found dead in their room on May 30.

“I honestly believe the truth needs to be told,” Knull told the Denver Channel. “This sounds way too similar at the same resort.”

They said they opted to file the lawsuit, seeking $1 million, after the resort denied their request that they name the chemicals they use while gardening, or refund their money.

PENNSYLVANIA WOMAN, 51, DIED IN SIMILAR CIRCUMSTANCES AS THREE AMERICAN TOURISTS AT DOMINICAN RESORT A YEAR AGO

"As soon as we came back to the room, we noticed it smelled like somebody had dumped paint everywhere," said Knull. "We were drooling excessively. My eyes would not stop watering."

She continued: "That night, we both woke up soaked in sweat at like four in the morning and kind of terrified. And we booked a flight home before the sun came up."

They said that once back home in the United States, a doctor diagnosed “likely organophosphate poisoning,” referring to pesticides. Knull speculated the chemicals are used on plants around the property.

"I was having the worst intestinal cramping I have ever experienced. It felt like a chainsaw going through my gut," she said.

The couple did not respond to calls and texts from Fox News on Thursday.

The Bahia Principe Hotels & Resort declined to comment on the couple’s allegations, saying it does not address matters that are in litigation.

“The hotel doctor cost almost $3,000 and they would not let us check out until I paid that,” said McCoy. “It’s like a scab reopened.”

Her husband was cremated – a move she says she regrets because it precluded getting a second autopsy in the U.S.

Knull and Schwander's allegations, as well news of Harrison's death, are just the latest to blight the Dominican tourist hotspot.

DOMINICAN RESORT CLAIMS US TOURIST WENT PUBLIC WITH ASSAULT ALLEGATION AFTER IT REFUSED HER DEMAND FOR $2.2 MILLION

The family of Pennsylvania woman Yvette Monique Sport, 51, told Fox29 Philadelphia she died in her room at the same hotel chain. Relatives said Sport was visiting the popular vacation destination last June, staying at the Bahia Principe Resort in Punta Cana. They say that Sport had a drink from the mini bar inside her room, later went to bed, and never woke up.

Her death certificate listed “heart attack” as the cause.

"She was 51 years of age, relatively healthy, no reason for her to go on vacation and die so suddenly," her sister, Felecia Nieves, told Fox29.

News of her death came after it was reported that another U.S. tourist, Miranda Schaup-Werner, from Allentown, Pa., died in her room on May 25 at the Bahia Principe Bouganville,  almost adjacent to the La Romana property. She died five days before Maryland couple Edward Nathaniel Holmes and Cynthia Day were found dead in their room at the Bahia Principe Hotel in La Romana.

An attorney for the Maryland couple told reporters Thursday that statements by Dominican authorities that they turned over health records to them showing health problems were untrue.

Meanwhile, the Dominican Republic Tourism Ministry announced it is giving hotels 60 days to install security cameras. And the Dominican Attorney General's Office released a report saying the cases all appear to be unrelated.