A BLUE alert was sent to phones across Texas as cops launched a hunt for a suspected gunman driving a white Cadillac that was "covered in bullet holes", according to reports.

Deputy Chip Wood was hit in the chest while he was trying to carry out a traffic stop in Jelly on Monday. 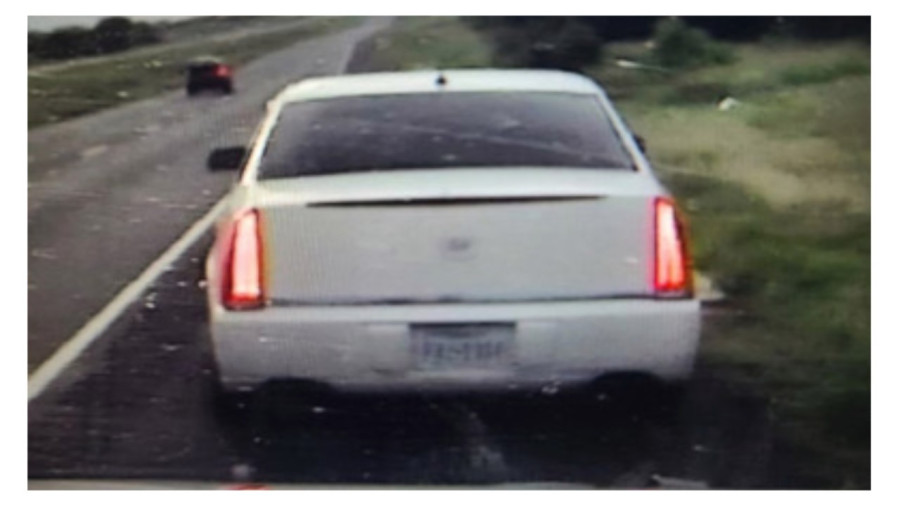 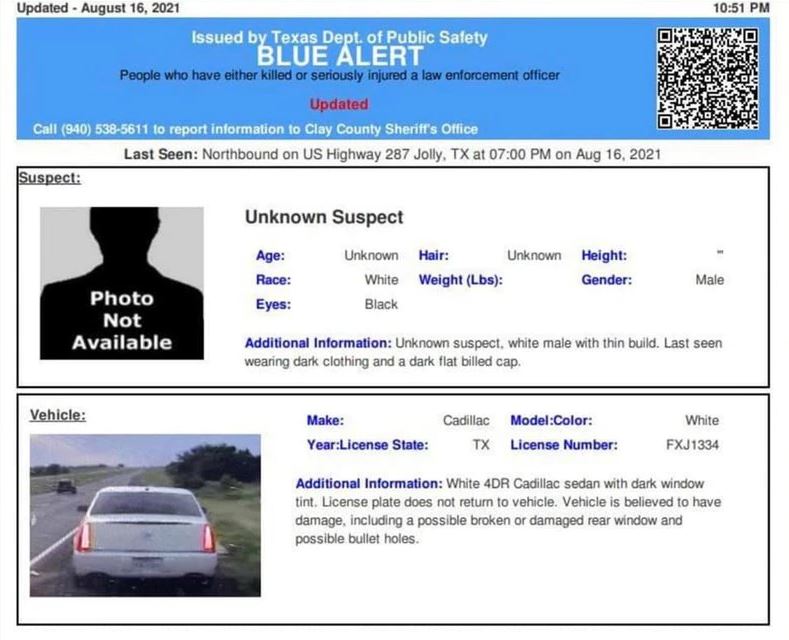 The officer was hit in his bulletproof vest but is expected to recover from the injuries sustained, according to NBC DFW.

It’s believed that the gunman drove away in a four-door white Cadillac.

It’s reported that the car has a broken or damaged rearview window and possible bullet holes, according to KWTX.

Cops tried to stop the gunman, who is thought to be in his mid-20s, from escaping but were unsuccessful.

Clay County sheriff Jeffrey Lyde said: “We threw a net around this place and unfortunately didn't get him. I'm hoping that he's leaking somewhere.”

A Blue Alert was sent to residents in cities across the Lone Star state.

The alert is usually sent when a cop has been shot or killed or when a suspect is on the run.

Sheriff Lyde added: "To the guy who did this today, you didn't get my guy.

"You shot him in the vest. You didn't get him. But we are going to get you. Bet that."

A reward of $5,000 is being offered to anyone with information that leads to an arrest.

This is a developing story…