COPS have been warning residents of mysterious "burglar markings" drawn outside homes – but other forces have called them an urban myth.

Plumstead Police in south east London tweeted a picture of symbols, including signs that supposedly designate criminals use to designate "too risky", "nothing worth stealing" and "previously burgled". 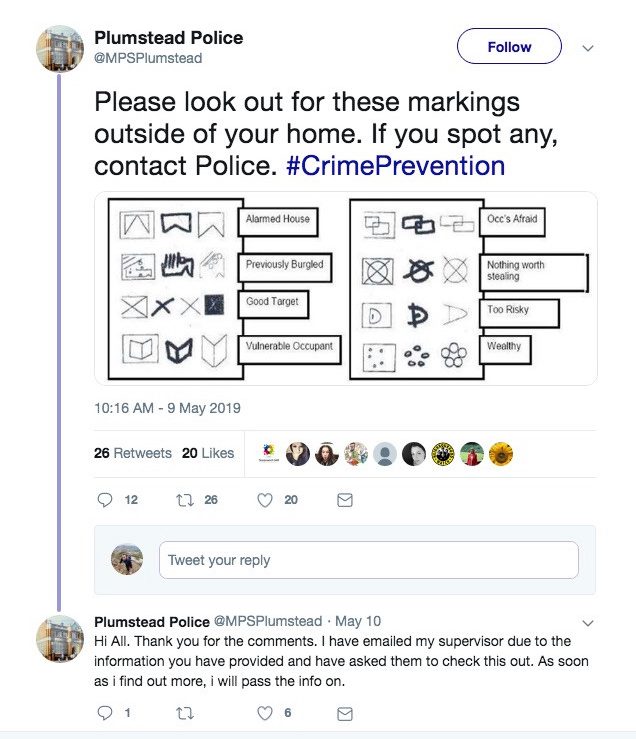 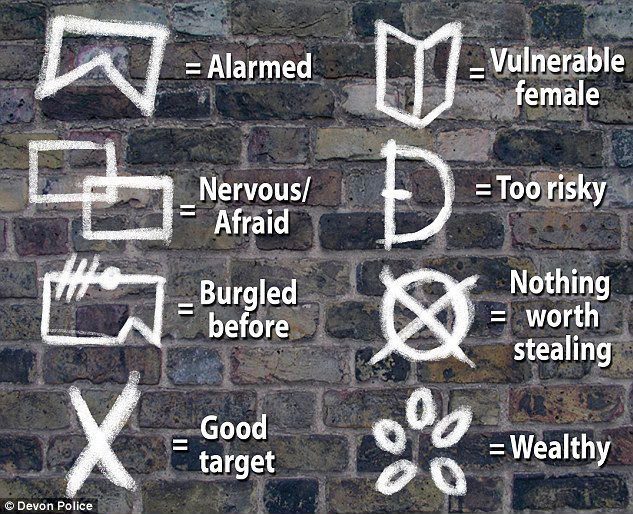 The force tweeted a picture of the symbols, writing: “Please look out for these markings outside of your home.

Rumours about the meaning of the signs have circulated on social media for years.

But other forces have previously said the series of symbols – dubbed Da Pinchi code – is nothing but groundworks symbols by contractors.

A West Mercia Police spokesman: “We are aware of messages circulating again on social media purporting to be describing the 'criminals code' of paint or chalk markings left outside properties, identifying future potential targets for thieves and burglars.

"However, there is no actual evidence to link these symbols to anything other than completely innocent and easily explainable activities."

Lancashire Police have also said there is no evidence to suggest the symbols are “linked to organised criminal activity”. 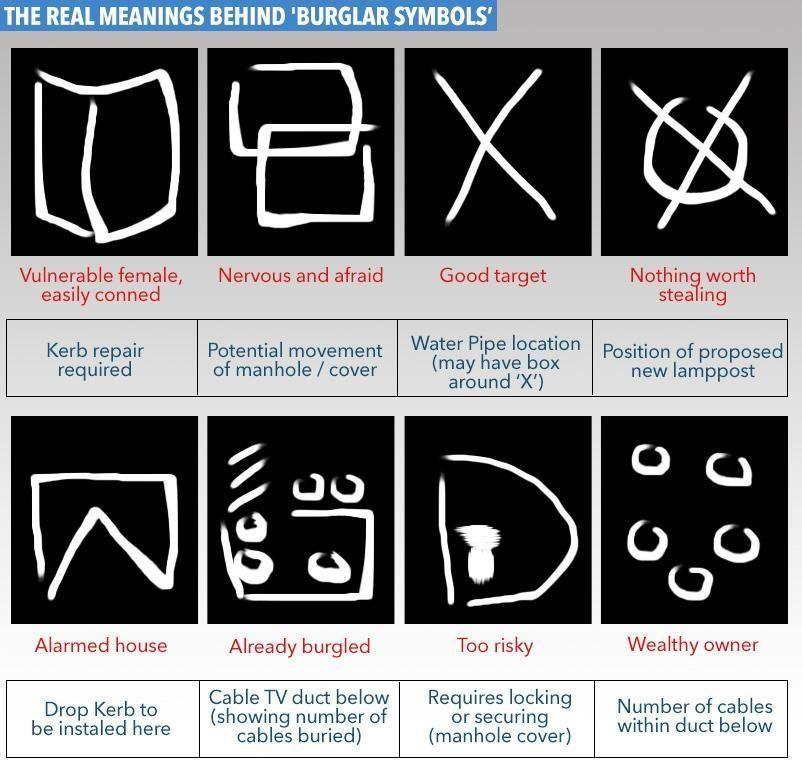 The markings are believed to belong to gas, electricity, water and broadband companies.
The ‘X’ is believed to indicate the location of a water pipe.

The Institute of Highway Engineers said: "The markings usually refer to the position of cables and pipes below the surface and often marked out in advance of proposed works.

"They can indicate depth, owner and direction."

I have no reason to believe it is fake. I have done various bits of training around this and was recently advised that these markings were being used.

They are important guidelines for any type of work which goes under the surface.

While James Gammell said: “Those are groundworks markings.”

The Met account responded to both, saying: “I have no reason to believe it is fake.

“I have done various bits of training around this and was recently advised that these markings were being used.

“I have no idea if there are any ground work markings, which may be similar.”

The officer operating the Plumstead Police account said they had contacted their supervisor for clarification.

The Sun Online has approached Met Police for a comment. 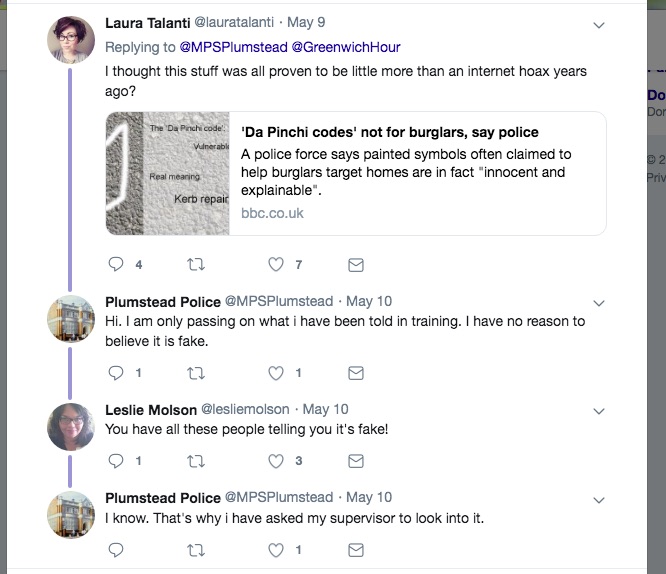