The transmission of coronavirus in Europe has returned to “alarming rates” this month and the big rise in cases is a “wake-up call”, says a top official at the World Health Organisation.

More than 300,000 confirmed new infections were recorded in the continent in the last week, and over half its countries reported a rise of more than 10% in cases over the last fortnight.

Dr Hans Kluge, the WHO’s regional director for Europe, said: “We have a very serious situation unfolding before us.

“Weekly cases have now exceeded those reported when the pandemic first peaked in Europe in March.” 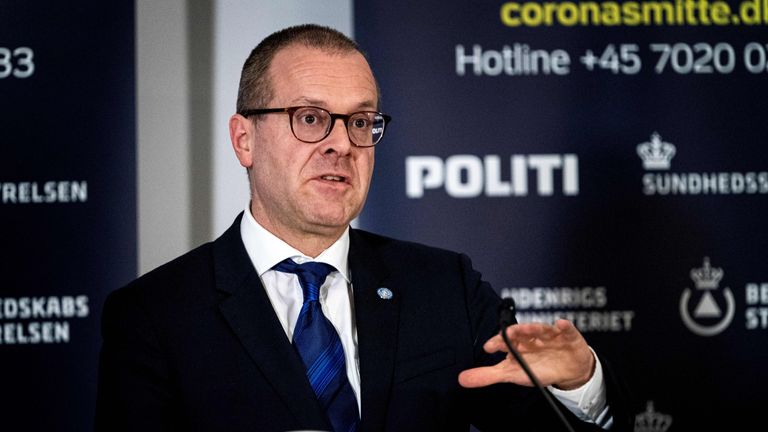 Such statistics should be “a wake-up call for all of us”, Dr Kluge said.

He said the largest proportion of cases remained adults aged 25-49 but also pointed to increases in coronavirus infections among older age groups, who tend to be more vulnerable to the disease.

France has reported a record 10,593 new confirmed cases in the past 24 hours – and the seven-day average has risen to a high of nearly 8,800.

Spain reported 239 more coronavirus deaths on Wednesday, the highest fatality figure during the second wave of the crisis in the country.

The Madrid region is planning to announce restrictions on movement on Friday that could include targeted lockdowns in virus hotspots, a senior official said. 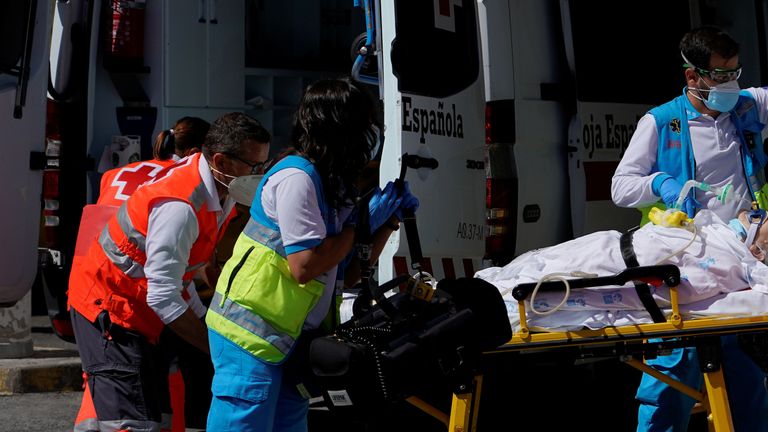 In the UK, cases are rising fast, with new local restrictions being introduced in northeast England – including a 10pm curfew for bars and pubs and a ban on people mixing with others outside their household.

They will come into force from Friday in Northumberland, North Tyneside, South Tyneside, Newcastle-upon-Tyne, Gateshead, Sunderland and County Durham.

There are also local lockdowns in Rhondda Cynon Taf and Caerphilly in South Wales, and Lancashire is expected to face tougher restrictions this weekend.

On Thursday, another 3,395 cases were recorded in the UK and 21 further deaths.

In Italy, the health ministry said there were 1,583 new cases and 13 more fatalities.

Germany has recorded its largest single-day increase in new infections since April, at 2,194.

This is far below the figures of over 6,000 seen at the height of the pandemic’s first wave in early April, but new cases were in the few hundreds a day between May and July.

Last week, France cut its 14-day quarantine time for people possibly exposed to someone with COVID-19 to seven days, saying many people do not observe the full two-week period.

But Dr Kluge warned national governments against reducing the isolation time, as it based on the incubation period of the virus.

He also admitted COVID-19 “fatigue” is setting in but said “even a slight reduction in the length of the quarantine” could have a significant effect on the virus spread.

The French government’s decision to make COVID-19 tests free has led to long queues at centres and testing has increased six-fold since the peak of the first coronavirus wave.

There have also been long queues at testing sites in the UK.

09/17/2020 World News Comments Off on Coronavirus: ‘Alarming rates’ of transmission in Europe are a wake-up call, says WHO
Recent Posts