Chilling footage shows the moment a group of Chinese residents are rounded up in the afflicted Hubei province before being led away by guards. The leaked video takes place in broad daylight and in public. The footage surfaces as Chinese officials ramp up their so-called “wartime measures” used to combat the coronavirus outbreak.

Chinese government officials have referred to the new extreme quarantine methods being implemented in Wuhan and throughout Hubei as “wartime” measures.

In the video posted online, a group of young people without masks are being led away by a handful of masked officials.

The group being herded away are all bound together – the reason for which is unclear.

This comes after the New York Times reported that the county was planning a “mass round up” of anyone who has exhibited symptoms of the coronavirus. 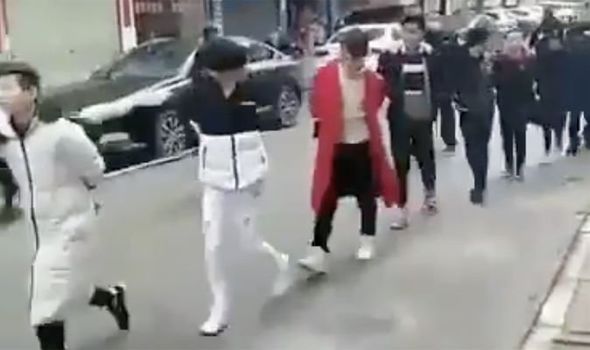 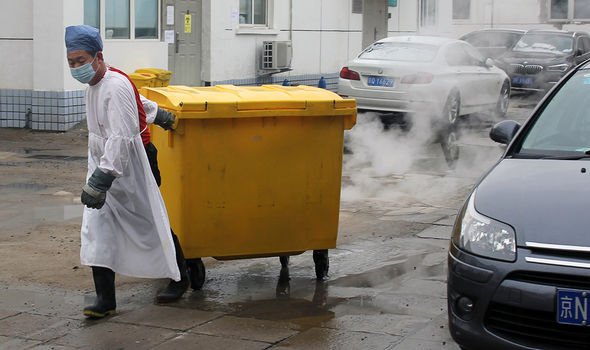 The measures deployed across the Hubei province, which has a combined population of 11 million, has banned residents from leaving their homes unless they are directly involved in fighting the epidemic.

In Wuhan, the epicenter of the outbreak, authorities moved to seal all residential compounds.

Under the new emergency laws, only one member of each household could go out, and only once every three days, to buy groceries and other supplies.

On Friday, the Chinese National Health Commission reported 2,641 new cases of the coronavirus and 143 deaths. 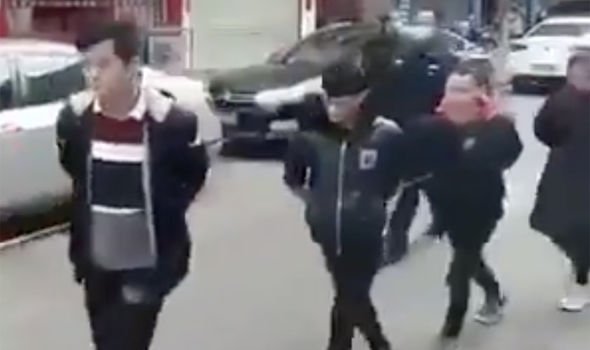 Chinese leader Xi Jinping acknowledged that the “black swan” of the coronavirus epidemic would make it difficult for the government to achieve its economic and social development goals for the year. 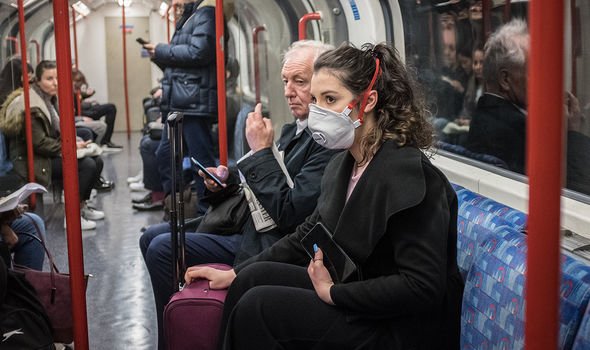 In a front-page article in the People’s Daily, President Jinping said ordered officials to “resolutely win the blockade war” against the coronavirus and “keep the economy running smoothly and the society harmonious and stable”.

The US government has told American passengers on the virus-stricken cruise liner the Diamond Princess, moored off the Japanese port of Yokohama, that they would be evacuated.

In France, an elderly Chinese tourist hospitalized has died of the coronavirus, becoming the first fatality in Europe, according to French Health Minister Agnes Buzyn.

France has recorded 11 cases of the virus.