The NSW Supreme Court has issued an extraordinary order requiring a major media company to hand over copies of an upcoming television program and newspaper investigation to an interested party before the content has been published or even completed.

Double Bay cosmetic surgeon Joseph Ajaka successfully obtained a court order on Friday night compelling The Sydney Morning Herald, The Age and 60 Minutes to hand over draft copies of an investigation into the cosmetic surgery industry which was due to air Sunday night. The court also injuncted their publication until 4pm Saturday.

But Nine, the owner of those titles, had the orders stayed pending an appeal, and agreed not to publish the material before that occurred.

Barrister Dauid Sibtain, acting for Nine, told the court an order compelling a publisher to hand over documents to the plaintiff would set a precedent that was effectively “placing every plaintiff in the position of an editor”.

Justice Stephen Rothman, who had not seen the draft content, said he accepted there was a possibility that the level of damage to Ajaka and his Cosmos Clinic that could potentially arise from whatever might be in the upcoming publications might be “so great” and irreversible that it was necessary for the draft content to be handed over.

Ajaka and his high-profile lawyers – Sue Chrysanthou and Rebekah Giles – would then be able to review the content and assess whether to commence an application for an interlocutory injunction against their publication.

The court heard Nine’s investigative journalist Adele Ferguson emailed Ajaka a number of questions on Wednesday and accepted his request for an extension of time allowing him to respond by noon on Friday. 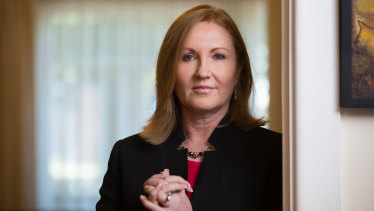 Chrysanthou pointed to a “quite sensational” promotional advertisement for Nine’s 60 Minutes program as evidence Ferguson and Nine were acting maliciously, arguing the ad’s appearance before the midday Friday deadline showed “no regard or lip service” would be paid to Ajaka’s responses.

“This is prima facie evidence of malice,” Chrysanthou told the court. “A genuine publisher … would wish to present both sides of the story.”

Chrysanthou also argued the questions Ferguson asked were “benign and generalised” and did not amount to specific allegations. The court heard Ajaka provided two sets of responses; one on-the-record and one not-for-publication.

Sibtain told the court Nine’s program was “not about the plaintiff, it is about the industry”, though it did make reference to Ajaka and Cosmos. The injurious or defamatory imputations Ajaka said might be contained in the program were “pure conjecture”, he said.

It was “perfectly reasonable” for Nine to proceed to publication having received Ajaka’s responses, Sibtain told the court. “Does that mean the publisher has turned a blind eye to what was said?” he asked. “There just isn’t an arguable case for that.”

The “real reason” Ajaka was seeking preliminary discovery of the content pre-publication was to set up a “second bite at the cherry” to prevent their publication, Sibtain told the court.

The executive editor of the Herald and The Age, Tory Maguire, said in a statement on Friday night: “We are alarmed that this decision curbs our ability to conduct investigative journalism in the public interest.

“We are determined to appeal this decision both so this important story can be published and broadcast, and to prevent any precedent that threatens freedom of the press.”

05/13/2022 World News Comments Off on Court issues extraordinary order for Herald, The Age and 60 Minutes to hand over draft story
Recent Posts