Criminal legal aid lawyers could get a pay rise after the Government promised an extra £51 million in funding as the first legal aid free increase in 25 years.

Although industry leaders have welcomed the ‘desperately needed’ extra funding they have warned that the legal aid sector needs more money.

The Law Society of England and Wales said it was a ‘small step in the right direction for beleaguered defence practitioners whose profession is under threat’.

They warned: a ‘giant leap in investment is urgently required if criminal legal aid firms are to survive’. 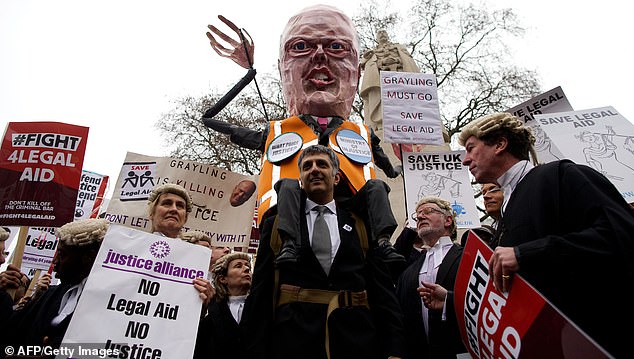 Pictured: Legal professionals demonstrating against planned cuts to the legal aid budget in London in 2014

The Ministry of Justice said the money would be used to pay for the ‘considerable time and effort put in behind the scenes to prepare cases’.

‘This can include reviewing sometimes vast quantities of digital evidence in a case, which has significantly increased in recent years,’ said the MoJ.

Up to £51 million will cover new payments for lawyers and barristers when they have to review unused material for a court case, the MoJ said.

At present lawyers are obligated to carry out this work in order to fully prepare a case for court but effectively do not get paid for their time.

Hourly rate payments will also be provided for those who are having to deal with ‘exceptionally high volumes of prosecution evidence’ as well as other fees for work carried out ahead of a case going to a crown court, and when a plea is entered at the first hearing.

The reforms are part of an ongoing review of the legal aid system.

An independent review into criminal legal aid will take place later this year, the MoJ added.

The president of the Law Society of England and Wales Simon Davis described the criminal defence profession’s need for more investment as ‘urgent’.

He also said the future of the profession is at stake if the Government do not invest more.

The profession was already ‘perilously underfunded’ before the coronavirus pandemic, with defence firms sinking at an ‘alarming rate’ and now many are ‘hanging on for survival’, he added. 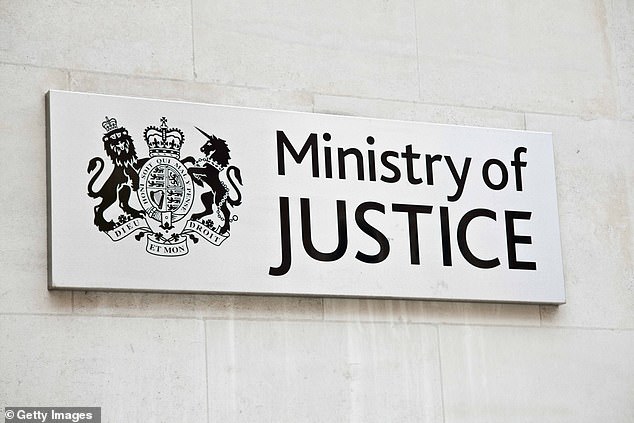 Amanda Pinto QC, chairman of the Bar Council, said: ‘This money is desperately needed and long overdue for criminal legal aid barristers who do crucial work in the public interest and, having been badly hit by years of cuts, have suffered drastic loss of work during the pandemic.

‘We are pleased that, at last, barristers are paid for work they are obliged to do to prepare cases properly for court.

‘Nonetheless, the rates of pay must be revisited as part of the wider independent review, which we look forward to engaging with, to ensure the sustainability of this vital provision.

‘Without further support from the Government, we fear that this great public service will disappear.’

Justice Secretary Robert Buckland said: ‘Every day barristers and solicitors do outstanding work to ensure defendants get a fair trial and justice is delivered.

‘These new payments are the first step in our plan to make sure the criminal legal aid system is fair and proportionate for all, and we will set out further measures in due course.’

08/21/2020 World News Comments Off on Criminal legal aid lawyers could get pay rise after £51m pledged
Recent Posts
We and our partners use cookies on this site to improve our service, perform analytics, personalize advertising, measure advertising performance, and remember website preferences.Ok