A DAD was left furious after his 11-year-old stepdaughter was told to catch a bus alone to school or walk to class five miles away.

Mike Jones, 53, said Alexia Angelescu was supposed to start secondary school this year but she missed out on her first choice. 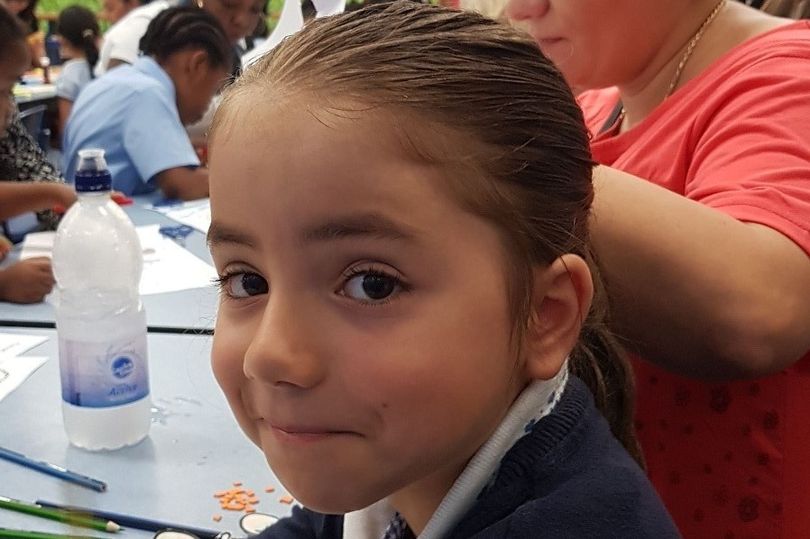 It means her "only option" now is to go to the Willenhall E-Act Academy in Willenhall, West Midlands – which would be a five-mile walk or a lone ride on a public bus.

By foot, Alexia would have to walk with her mum to to drop off her siblings at their school first before walking to her own school.

But Mr Jones, from Moxley, Walsall, explained the first walk would be 2.9miles and from that school to Willenhall E-Act would be the same distance again.

The disgruntled dad told Black Country Live: "It is way out of the range of any reasonable walking distance, which would be over three miles.

"I have asked them to see if they could provide some kind of safe passage to her. They told me she could use the bus.

"I said, well, there is a safe-guarding issue because, if she is 11 years of age and not used to the area, would you put your daughter on a bus on her own, or two buses? They retracted that."

Mr Jones says his Romanian partner Adriana Porumb, 37, only selected one school for Alexia to attend because she is "not used to our system".

They had picked the school because it had good transport options for Alexia, whose reports from her old school are "exemplary".

But he claims Walsall Council have not helped them find a resolution to find an appropriate school.

Mr Jones, who is a security teacher, added: "We applied for that school for a reason. That school gave transportation to and from school, which would have been a great help.

"Because of that, they say they gave us the nearest school to us,
which is not true.

"The nearest to us would have been St Thomas Moore, which is still a
fair distance but still achievable.

Mr Jones is being supported by Darlaston South Councillor Douglas James, who has accused Walsall Council of using a 'heavy-handed approach' to Alexia's situation.

He said: "I'm very disappointed by the heavy handed approach by the education department.

"Too often, in Darlaston, young people are let down by the lack of school places in very good local schools.

"However, local young people must have local places in our schools and not be travelling out with the borough, or across the borough, causing great concern to our local families."

Walsall Council said: "We cannot comment on individual cases due to data protection however we can confirm that our school admissions team is working with the parent to offer support and providing advice to consider the options available."