Delays to ambulance handovers at A&E ‘are costing lives’ in scandal hitting up to 160,000 patients a year, emergency service bosses say

Patients in ambulances are dying or suffering harm because of the increasingly long wait times to hand them over to A&E staff, it was claimed yesterday.

A report has revealed that up to 160,000 patients each year could be affected due to long periods waiting to be admitted.

Of these, 12,000 suffer ‘severe harm’, according to the document from NHS ambulance bosses in England.

It said a typical handover takes much longer than the expected 15 minutes. 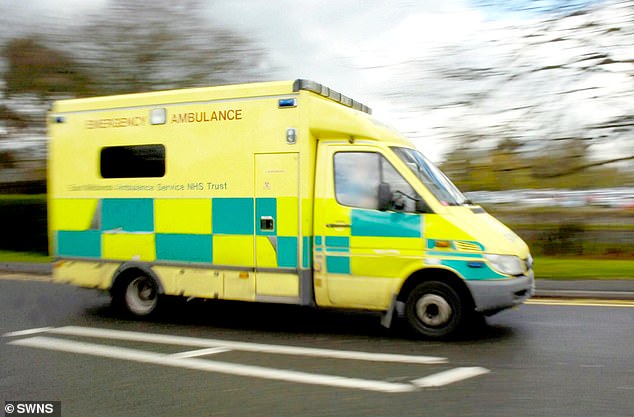 A report has revealed that up to 160,000 patients in ambulances each year could be affected due to long periods waiting to be admitted into A&E

Times have risen due to bed shortages caused by Covid, delays in discharging patients from hospital and the record demand for care.

The report, seen by The Guardian, highlights delays lasting over an hour in ten ambulance trusts on January 4 which were extrapolated across all handover delays.

It did not specify numbers but said ‘some patients have died whilst waiting outside ED [emergency departments] or shortly after eventual admission’.

The Department of Health said ambulance trusts have been given an extra £55million to boost staff numbers.

Estimating how many patients a year suffer further health decline due to waiting a long time to be treated, the report said: ‘If these results from 4 January 2021, which was not an atypical day, are extrapolated across all handover delays that occur every day, the cases of potential harm could be as high as 160,000 patients affected a year.’

It also found that about 190,000 handovers a month – around half the total – take up more time than they should.

The report added: ‘Regardless of whether a death may have been an inevitable outcome, this is not the level of care or experience we would wish for anyone in their last moments.

‘Any form or level of harm is not acceptable.’

Daisy Cooper, health spokesman for the Liberal Democrats, told The Guardian: ‘These staggering figures will shock people to their core.

‘These are absolutely devastating findings, which reveal that there is a huge toll of harm and severe harm, including tragically patient deaths, as a direct result of the colossal number of ambulance handover delays we’re now seeing.’ 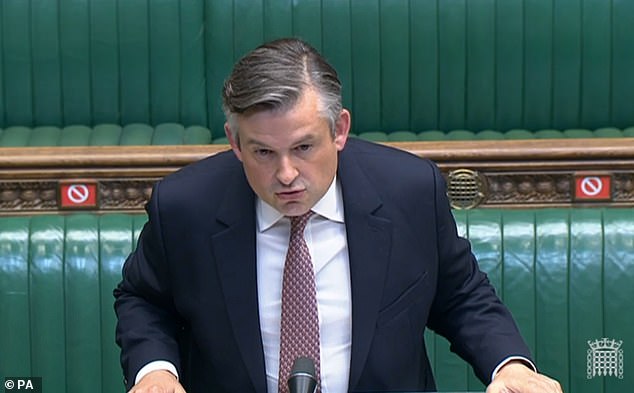 Shadow Health Secretary Jonathan Ashworth, pictured in the House of Commons in June, told The Guardian: ‘This is a devastating report. The scale of harm and severe harm being done to patients is a scandal’

Shadow Health Secretary Jonathan Ashworth told The Guardian: ‘This is a devastating report. The scale of harm and severe harm being done to patients is a scandal.

‘Ministers should be ashamed that colossal numbers of patients – thanks to years of Tory NHS neglect – are languishing in ambulances waiting for vital life-saving care at risk of, and indeed suffering, serious harm, permanent disability or loss of life.’

A Department of Health and Social Care spokesman said: ‘We are committed to supporting ambulance crews who work tirelessly responding to emergencies every day.

NHS England and Improvement has given ambulance trusts an extra £55m to boost staff numbers for winter, helping them to bolster capacity in control rooms and on the frontline.