Democratic cities in Republican areas are vowing to serve as ‘sanctuaries’ for abortion rights as states prepare to fully ban abortion if Roe v. Wade is overturned as a new poll shows that more than two-thirds of Americans are in favor of upholding a woman’s ability to terminate their pregnancy.

Controversy over the ruling – and abortion rights in general – entered the spotlight last month when a draft opinion from the Supreme Court was leaked showing the conservative majority overturning Roe v. Wade.

Thirty percent of Americans, according to the WSJ poll taken May 9-17 in the weeks following the leak, say that they want the ruling overturned.

A separate poll from Gallup published Thursday, June 2 shows that 55 percent of Americans identify as pro-choice – meaning the decision for a woman to have an abortion should be left up to her and her healthcare provider rather than controlled by any laws.

In response to public outcry over the leaked draft opinion written by conservative Justice Samuel Alito, blue cities situated in red states claim they will not enforce prosecution if abortion us outlawed at a state level. 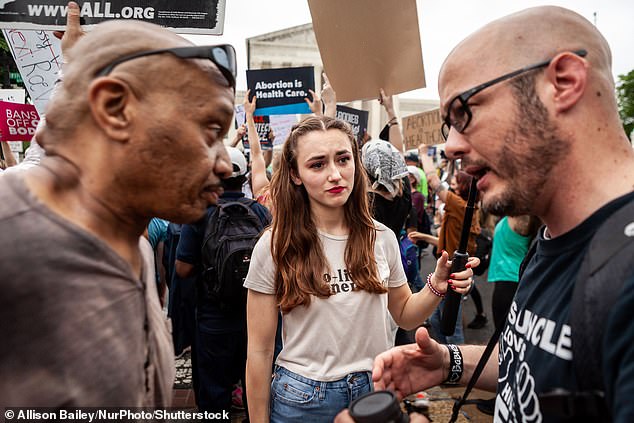 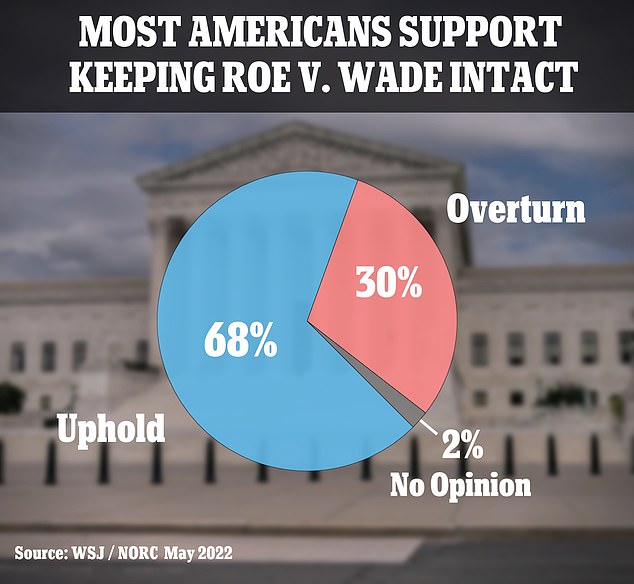 Local officials in some liberal enclaves in these states say they won’t enforce those bans.

A city council member in Austin, Texas, José ‘Chito’ Vela, has proposed a resolution that would decriminalize abortion at a local level if the state fully bans it.

Texas already has some of the most restrictive abortion laws in the country. Currently abortion is illegally at the point where a fetal heartbeat is detected, which is around the six-week point in a pregnancy.

Many women who seek abortions are unaware they are pregnant at this point in the first trimester.

Vela’s spokesperson Jenna Hanes said his office has been in contact with lawmakers in several Texas cities, including Dallas, San Antonio and Houston, who are interested in advancing similar measures to protect abortion, according to Axios.

The idea of these ‘sanctuary cities’ is an echo of the term used for cities that refused to aid the federal government in enforcing immigration laws. 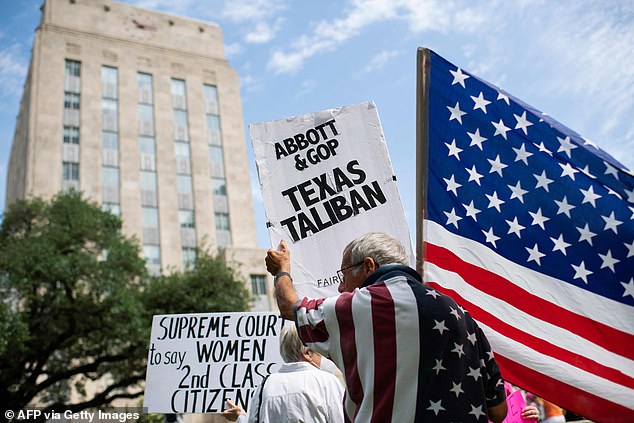 Prosecutors in some cities in Texas, Georgia and Tennessee say the will not make abortion-related cases a priority – and some say they will not enforce state bans whatsoever. Demonstrators gather in Houston, Texas on May 14 for nationwide ‘Bans Off Our Bodies’ rallies

Prosecutors in New Orleans, Louisiana; Nashville, Tennessee; DeKalb County, Georgia, which is the eastern part of Atlanta; Fairfax County, Virginia; and Durham County, North Carolina have all said abortion-related cases will not be a high priority.

Some have directly said they won’t enforce state bans.

New Orleans Parish District Attorney Jason Roger Williams said he ‘will not shift priority from tackling shootings, rapes and carjackings to investigating the choices women make with regard to their own bodies.’

The Supreme Court is expected to release the official opinion regarding Roe v. Wade at the end of June along with other cases the bench heard in its term.

Meanwhile, the Court is conducting an investigation into who leaked Alito’s draft opinion, specifically focusing the probe on clerks for the nine Supreme Court Justices.

With a 6-3 conservative majority, and five of the six right-leaning Justices on board with the overturn, the 50-year-old abortion ruling is likely to become moot by the end of the month.

The Supreme Court case stemmed from the Mississippi case Dobbs v. Jackson Women’s Health Organization, which would see abortion banned in the state at the 15-week point of a pregnancy.

The WSJ survey taken last month shows that 34 percent of respondents support banning abortion at this point, while 43 percent are in opposition and 21 per cent say they neither support or oppose it.