Donald Trump's sons took to Twitter to gloat after the former president was acquitted in his historic second impeachment trial.

Mr Trump was acquitted on Saturday afternoon on charges of inciting supporters to storm the US Capitol building in January – leading Donald Jnr and Eric Trump to celebrate on social media. 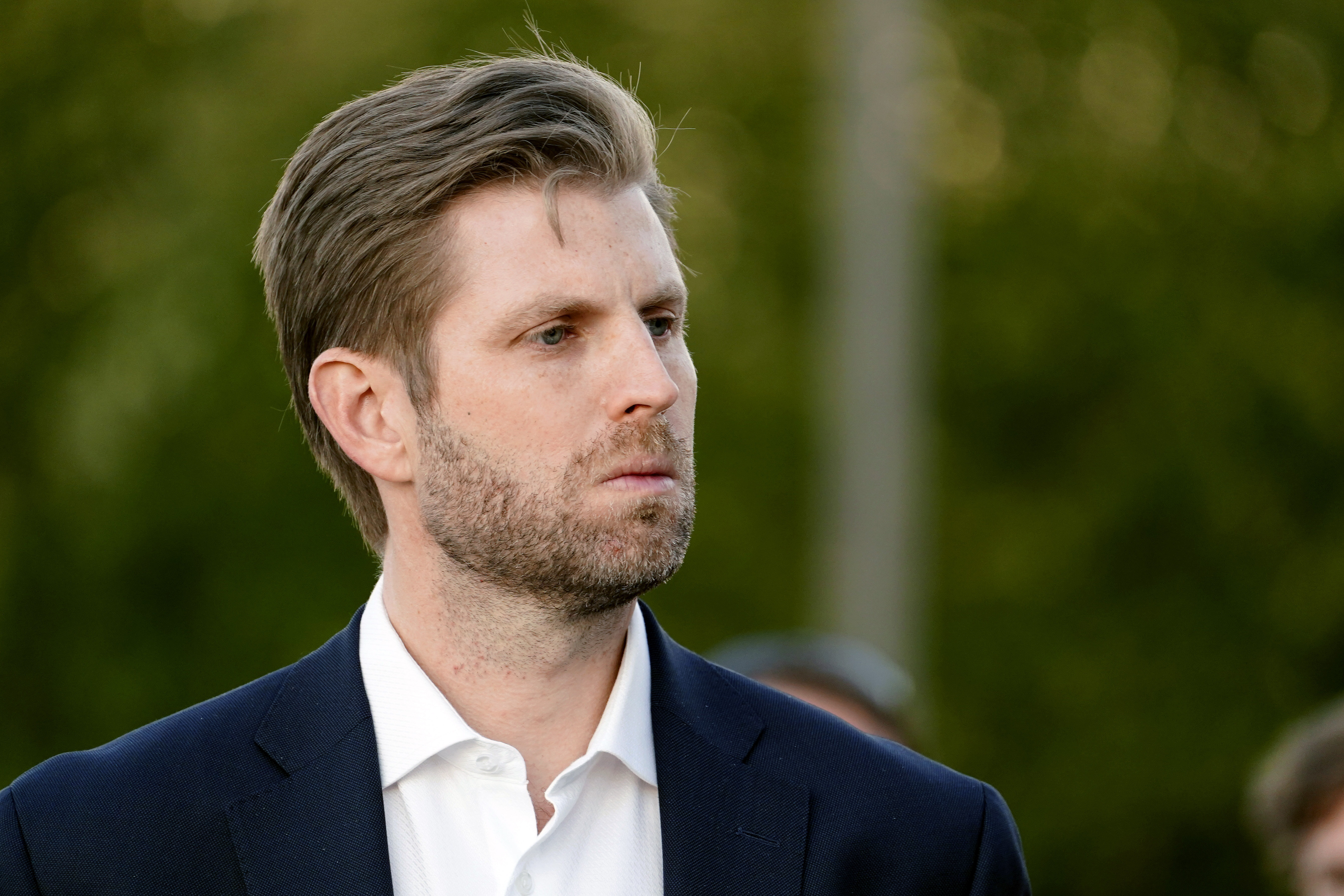 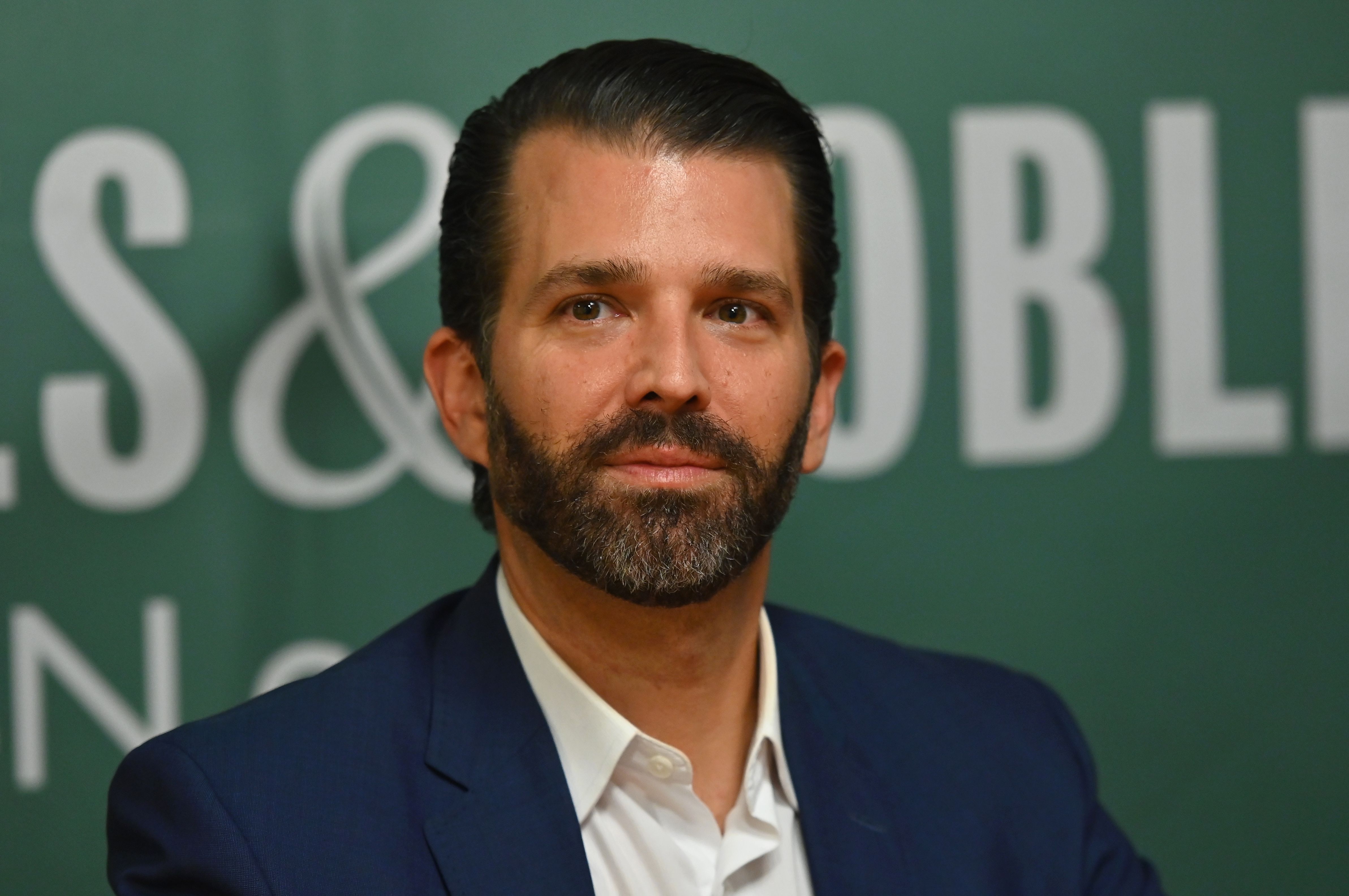 Eric tweeted: "2-0", while Donald Jnr sent out a series of tweets, calling the Senate proceedings a 'show trial' and blasting Senate Minority Leader Mitch McConnell, who voted to acquit Trump.

"NOT GUILTY," Trump Jr. tweeted immediately after the vote.

"Now maybe it would be nice if the senators stopped putting on show trials for free air time and actually started working for the American people for a change."

"If only McConnell was so righteous as the Democrats trampled Trump and the Republicans while pushing Russia collusion bulls**t for 3 years or while Dems incited 10 months of violence, arson, and rioting,' the eldest Trump son said.

The eldest Trump son continued, adding, 'Beating these establishment clowns twice after years of BS and under unprecedented circumstances is a badge of honor.' 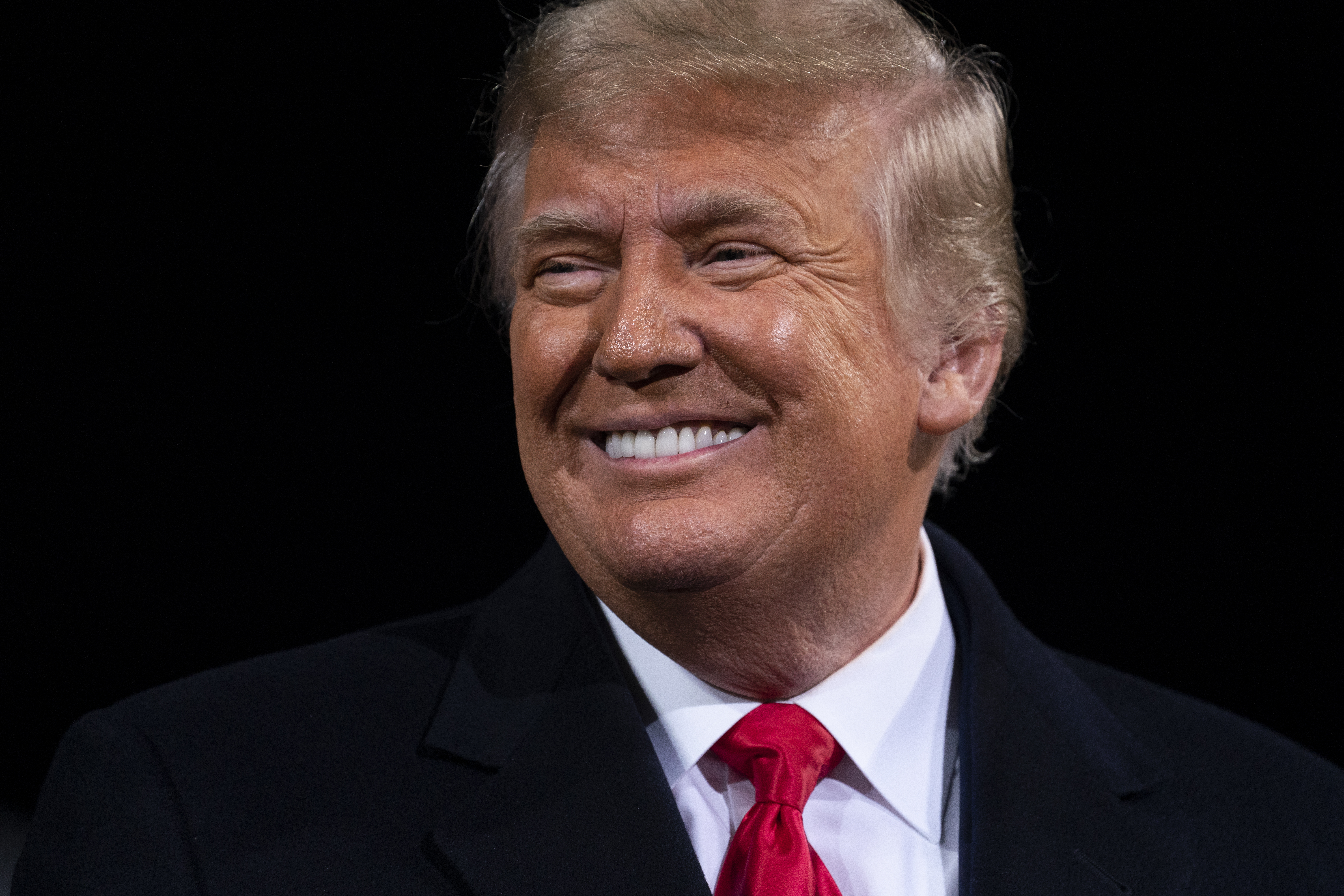 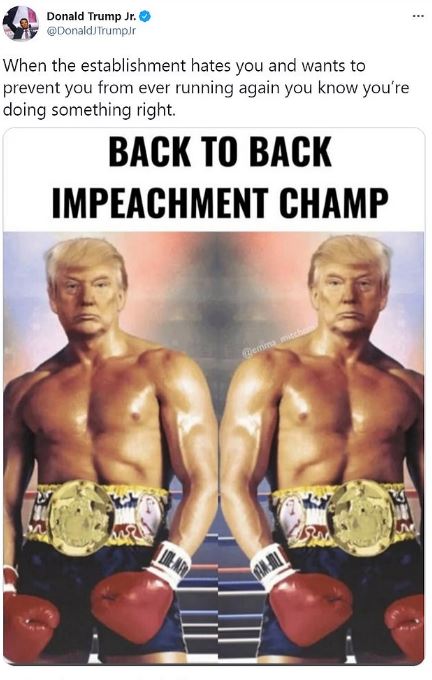 In another post, he shared a photograph of the former president’s face superimposed on Sylvester Stallone’s body from Rocky III with the words “back to back impeachment champ.”

“When the establishment hates you and wants to prevent you from ever running again you know you’re doing something right,” he captioned the image.

The trial ended on Saturday as Democrats failed to get the two-thirds majority to find him guilty – leading him to blast impeachment as the "greatest witch hunt in history".

His lawyers argued the President could not be held accountable for the actions of the mob and he had called for "Peaceful and Patriotic" protest during the 'Stop the Steal' rally he addressed that day.

And today, Trump has promised a comeback in the wake of the failure to impeach him.

The former President is now free to run for office again after the Democrats were unable to muster enough votes in the Senate.

“Our historic, patriotic and beautiful movement to Make America Great Again has only just begun,” he said in a statement.

“In the months ahead I have much to share with you and I look forward to continuing our incredible journey together to achieve American greatness for all of our people.”