The top diplomat also describes bitter conflicts within Trump’s administration as like “knife fights” and adds that the president could have been indebted to “dodgy Russians”.

In one of the most sensitive documents, Sir Kim is reported to have written: “We don’t really believe this administration is going to become substantially more normal; less dysfunctional; less unpredictable; less faction riven; less diplomatically clumsy and inept.” 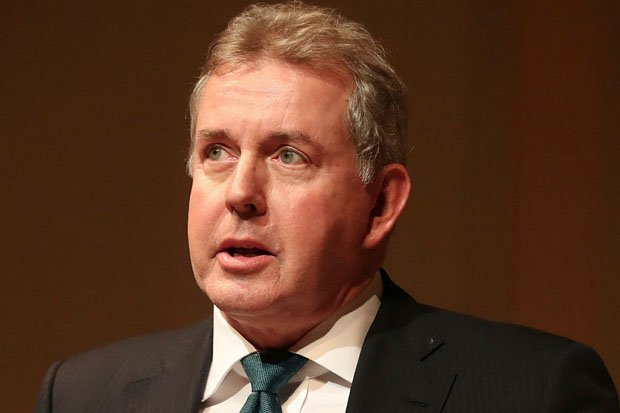 In reference to Trump’s ability to shrug off controversies, Sir Kim says that the president may nonetheless ‘”emerge from the flames, battered but intact, like [Arnold] Schwarzenegger in the final scenes of The Terminator”.

The bombshell comments, reported in the Mail on Sunday, risk angering notoriously thin-skinned Trump and undermining the UK’s “special relationship” with America.

The Foreign Office told the Mail on Sunday that the British public “would expect our ambassadors to provide ministers with an honest, unvarnished assessment of the politics in their countries”. 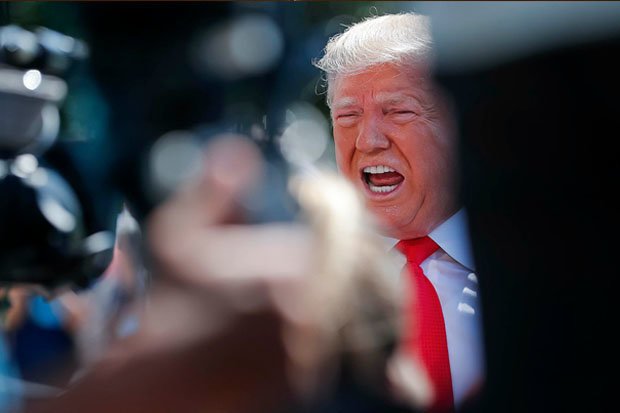 A spokesman added: “Their views are not necessarily the views of ministers or indeed the government. But we pay them to be candid, just as the US Ambassador here will send back his reading of Westminster politics and personalities.

“Of course we would expect such advice to be handled by ministers and civil servants in the right way and it’s important that our ambassadors can offer their advice and for it remain confidential.

“Our team in Washington have strong relations with the White House and no doubt that these will withstand such mischievous behaviour.”