On Thursday US House of Representatives Speaker Nancy Pelosi said she has directed a House committee to draft articles of impeachment against President Donald Trump. This stems from the President’s effort to pressure Ukraine to investigate a political rival, a historic step that sets up a fight over whether to oust him from office.

Ms Pelosi told a news conference on Thursday: “The facts are uncontested. The president abused his power for his own political benefit at the expense of our national security, by withholding military aid and a crucial Oval Office meeting in exchange for an announcement for an investigation into his political rival.”

She added: “Sadly, but with confidence and humility, with allegiance to our founders and a heart full of love for America, today I am asking our chairmen to proceed with articles of impeachment.”

Mr Trump tweeted shortly before Mrs Pelosi’s remarks: “If you are going to impeach me, do it now, fast, so we can have a fair trial in the Senate, and so that our country can get back to business.”

On Wednesday, three constitutional law experts testified to the House Judiciary Committee that Mr Trump’s actions to obtain help from a foreign nation amounted to an impeachable offence. 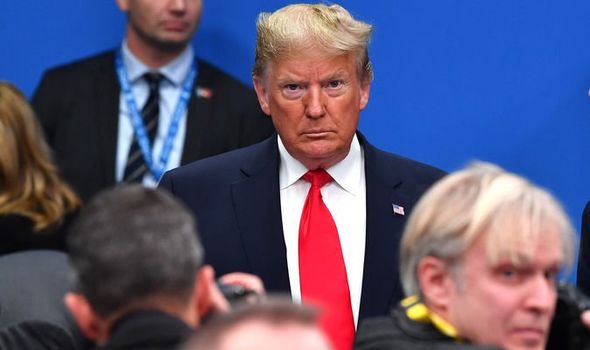 Will US President be impeached?

Betfair Spokesperson, Katie Baylis said: “With Nancy Pelosi announcing that impeachment proceedings against President Trump will go ahead, we have seen a flurry of betting, with his odds of impeachment in his first term now odds-on at 1/10 on Betfair Exchange from odds of 2/5 when the resolution was passed in October.

“The odds of him leaving office before the end of his first term are at 4/1 as an impeachment won’t necessarily lead to him being forced out, however, it’s sure to be an uncomfortable time ahead for Donald Trump.”

Related posts:
12/05/2019 World News Comments Off on Donald Trump impeachment: Will US President be impeached? What is impeachment?
Recent Posts
We and our partners use cookies on this site to improve our service, perform analytics, personalize advertising, measure advertising performance, and remember website preferences.Ok