The two men faced off in the Samson Pavillion, an academic building in Cleveland Ohio. During the debate Mr Trump clashed with Mr Wallace after speaking during time allotted to Mr Biden.

Under rules agreed by the two campaigns each candidate was given two minutes to talk uninterrupted at the beginning of each section, after which there was open debate.

However after speaking for two minutes on law and order Mr Trump made a number of comments whilst Mr Biden was delivering his address.

“Your campaign agreed both sides would get two-minute answers uninterrupted. Your side agreed to it. 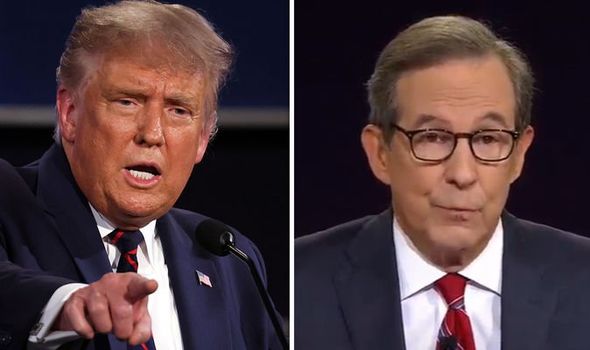 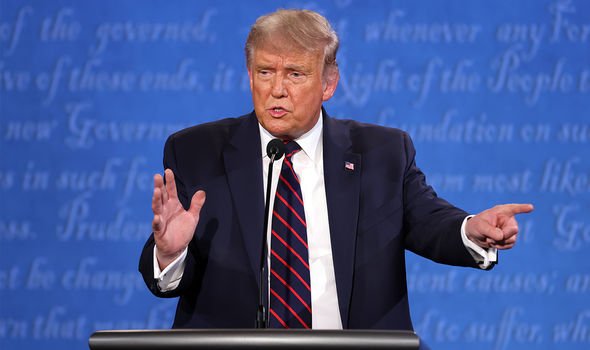 “Why don’t you observe what your campaign agreed as a ground rule ok sir?”

When the president tried to reply Mr Wallace shut him down commenting: “No no that was a rhetorical question.”

The two candidates were discussing policing and law and order when the clash took place. 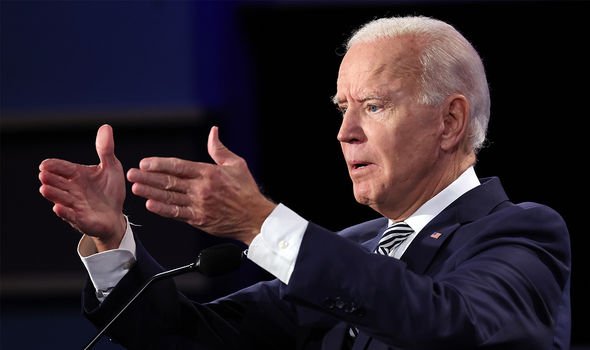 Protests erupted across the United States after George Floyd, a black man, died whilst being detained by police in Minneapolis at the end of May.

Some of these demonstrations turned violent with attacks on police and private property.

Mr Trump accused his Democratic rival of refusing to say “law and order” because he feared it would alienate his left-wing base.

Mr Biden countered the unrest America has seen over the past few months happened on Mr Trump’s watch.

Earlier the Democratic Party candidate told his opponent to “shut up” during a heated debate on the Supreme Court.