My daughter is one. She gets a runny nose when she cries, when she eats hot food, when she’s warm, when she’s cold, when there’s pollen in the air (Melbourne is the allergy capital of the world) and apparently for no reason at all. She has some form of runny nose most days. 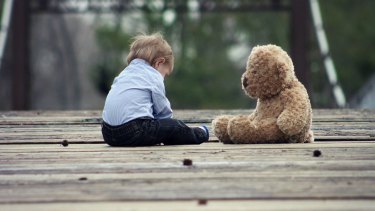 Childcare decisions … either way, parents should not be penalised.

Under the new DHHS guidelines she cannot attend daycare until she is totally asymptomatic, even if she has a negative COVID-19 test and even a second follow-up test.

If you’ve ever cared for a one-year-old, you’d know that means it’s extremely unlikely that she and other children her age will be spending much time at all in care, unless these rules are clarified or changed. Toddlers and small kids get runny noses for a variety of reasons, only one of which is illness. These new, extraordinarily broad guidelines mean any runny nose of any kind or one cough and she’s sent home.

A doctor’s certificate doesn’t clear the child for care, even if it is confirmed as hay fever, asthma or sticking a finger so far up their nose their eyes have watered (believe me, this happens).

My family locked down early and I’ve been a vocal supporter of doing whatever it takes to get us to where we are now; opening for business, doughnut days becoming a regular occurrence.

No one is arguing that a kid who has diarrhoea, a temperature, or is congested and miserable should go to daycare. No parent wants a small child to be genuinely sick at care, especially not me.

But before COVID-19, one symptom like a cough or runny nose alone didn’t warrant exclusion from early childhood education, because what does one symptom in isolation mean? It always required a secondary symptom such as fever. Or lethargy. Otherwise there could be a range of possible causes, some of which are (mostly minor) illness and some of which are not.

Some have argued that it’s to protect educators. Then why haven’t we done it before? Because rendering daycare centres free of minor illness is unrealistic.

Daycare centres are a hotbed for minor illnesses, partly due to developing immune systems (although this is debated among health professionals) but certainly as a result of higher-risk behaviour by kids, like putting everything in their mouths.

Hardships faced by women aren’t an argument to change the regulations. But they show the importance of getting it right; they have real-life consequences.

I know one mum who’s lost her job, another whose hours have been cut. I’m considering whether I have to roll back my hours, given my daughter is likely under these rules to be excluded for most of summer and probably all of winter.

DHHS guidelines say the rules are in place because someone can test negative one day and positive the next. But this is primarily in cases of asymptomatic presentation, like close contacts of confirmed cases or people in international quarantine.

But the kids being denied childcare are universally symptomatic. If the point of a test is to rule out those symptoms being COVID-19, then a negative test result has done just that.

Of course, different rules should apply if the child has had close contact with a case, as they already do, with 14-day isolation.

If our contact tracing in Victoria is now “world class” as the government and Victorian CHO say that it is and we are doing sewerage tests to track viral shedding, why are children being sent into never-ending home quarantine?

“COVID normal” means living with some level of risk, but reducing it to manageable levels. These rules need to be clarified as a matter of absolute urgency.

Public health initiatives are so important, but they have to be proportional and targeted. The government has my support to control the coronavirus. It does not have my support to attempt to eliminate or suppress the common cold or to exclude those with basic allergies from society.

Responsible government means considering the effects, harms and side effects of their policies, and this is a policy that is likely to lead to significant harm, especially on women who have already shouldered more of the burden from this pandemic than any other.

Isabelle Oderberg is a journalist and communications professional working in the non-profit sector.

11/06/2020 World News Comments Off on Draconian childcare policy will lead to harm
Recent Posts
We and our partners use cookies on this site to improve our service, perform analytics, personalize advertising, measure advertising performance, and remember website preferences.Ok