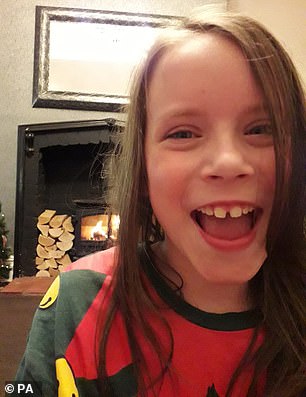 A 24-year-old unlicensed driver pleaded guilty today to causing the death of a ‘smart and funny’ ten-year-old girl in a hit-and-run.

Melissa Tate suffered fatal injuries after being hit by a car in the Kenton area of Newcastle-upon-Tyne on the evening of September 25.

Connor Marsden, of Kenton, pleaded guilty at Newcastle Crown Court today to causing Melissa’s death by dangerous driving and a charge of failure to stop.

Marsden, wearing a white sweater and appearing via video-link, also admitted causing death by driving while uninsured and while unlicensed.

He gave no reaction as he entered the plea over causing her death, and will be sentenced on December 12.

In a statement after her death in hospital, Melissa’s parents, Michael Tate and Kimberley Wilson, said the girl had saved the lives of sick children after the family decided to donate her organs. 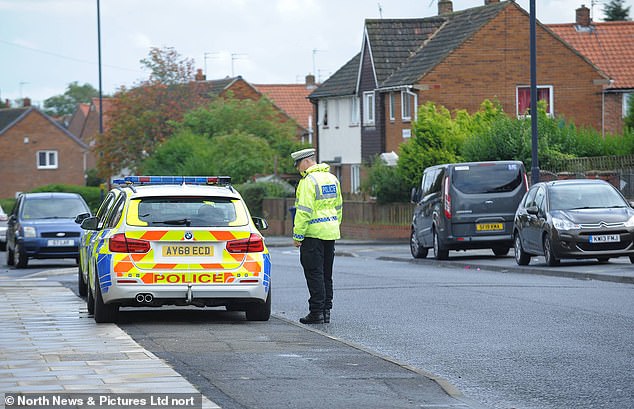 Police cordoned off Hillsview Avenue in Kenton, Newcastle, after the collision in September 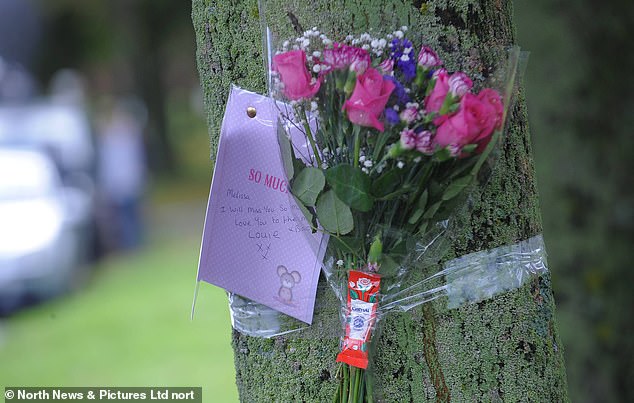 Flowers, cards and gifts left at the scene of the hit-and-run on the evening of September 25

Mr Tate said: ‘Melissa was a beautiful, smart, funny, cheeky and laid-back girl who had a heart of gold and not a bad bone in her body.

‘She could brighten up anyone’s day and all she ever wanted to do is help people. Even after passing she still went on to help others by donating her organs.’

Marsden was told he will have to appear in court in person when he is sentenced.

Judge Robert Adams told him: ‘You must understand that these are serious matters you have admitted, and it’s inevitable there will be a substantial custodial sentence.’

Mark Guiliani, prosecuting, said Marsden was estimated to have been travelling at around 47mph on the 20mph road, but his defence team argue that his speed was actually lower.