The owner of a Dumpling restaurant has claimed two men spat at him and his pregnant wife as they walked in London during an ‘Asian hate’ incident.

John Li, who runs Dumpling Shack, shared footage of the alleged culprits to social media as he confessed having never felt ‘like more of a second class citizen’.

The father-to-be, born in Hounslow to parents from Hong Kong, claims he was walking with Yeeman Li in Canary Wharf on Monday when the two men spat at them.

Mr Li confessed he felt ‘useless’ following the alleged incident, adding: ‘This is serious, people haven’t even been fully let out of lockdown yet.

Taking to Instagram, Mr Li shared footage of the two alleged culprits walking away from him across Landmark Square as the business owner asks: ‘Did you really spit at me?’ 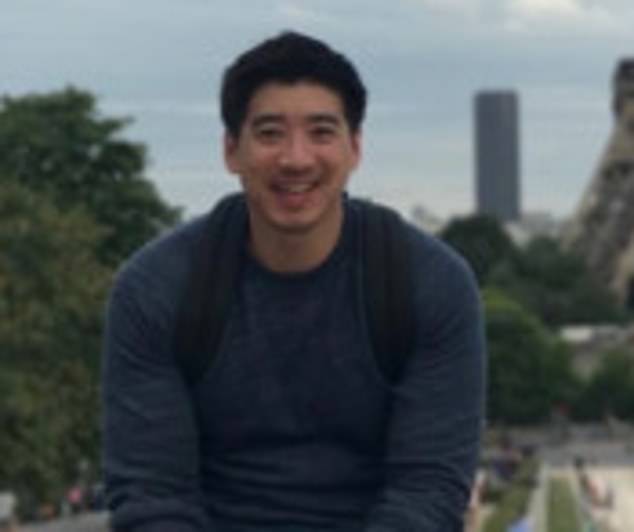 John Li (above), who runs Dumpling Shack, shared footage of the alleged culprits to social media as he confessed having never felt ‘like more of a second class citizen’

He then follows the pair – who don’t respond – across the road before asking again: ‘Hey turn around – are you spitting at me?’

Mr Li said: ‘We can’t do anything more to be part of this country. We were born here, we create jobs, we pay a ton of tax, (its an eye watering amount), we support charities in this country.

‘I’ve considered moving to Hong Kong during the past year but we won’t be beat.

‘F*** that, I’m doubling down, working even harder and making our presence even more known. WE’RE NOT GOING ANYWHERE.’

He later took to Instagram to thank his followers for their support, adding: ‘I know these guys are the minority, we live in a largely diverse and accepting country it just hurts to not be able to do anything.’

Anti-Asian hate incidents have soared during the pandemic, with data released by the Mayor of London confirming there were 124 hate crimes reported last March alone. 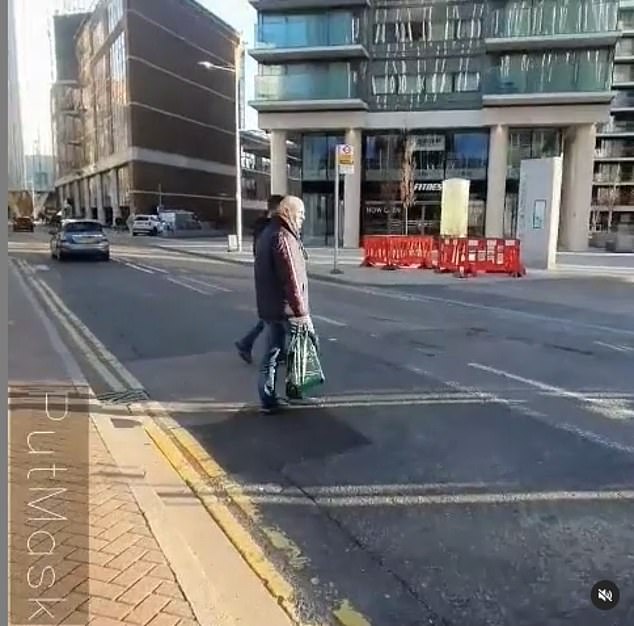 The father-to-be, born in Hounslow to parents from Hong Kong, claims he was walking with Yeeman Li in Canary Wharf on Monday when the two men (above) spat at them

This compared to 71 reported last February and 25 in January.

Mr Li runs two popular Chinese dumpling restaurants in London – with one location in Spitalfields Market and another nearby to the alleged incident in South Quay.

He was born in Hounslow, west London, and moved to Surrey as an infant, the first of his family to grow up in the UK after his parents moved from Hong Kong as teenagers.

The restaurant owner recently shared a post detailing his pride in his heritage as part of the #StopAsianHate campaign, which was sparked following increasing reports of violence against Asian seniors in the US.

The movement gained traction this month when eight people were killed at three massage parlors in Atlanta, Georgia, on March 16 – six of whom were of Asian descent.

Mr Li said: ‘I’m extremely proud of my race and where i come from, this has been fortified by the #StopAsianHate campaign. But I’ll hold my hands up and say that this hasn’t always been the case.

‘Some of you may know me as John Li … but this was a name I created for myself at the age of 10. The name i was given by my parents was Jeune Ho Li.

‘Teachers would have a nightmare trying to say it. I finally snapped at the Year 5 school football awards when our football coach butchered my name as i was announced the footballer of the year (still my greatest achievement, my bar is VERY low) and from that day I told people to call me John.’ 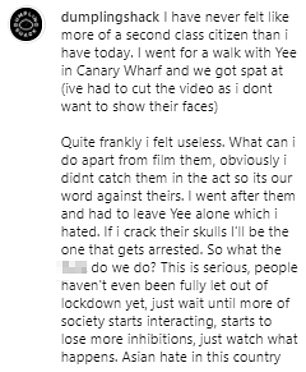 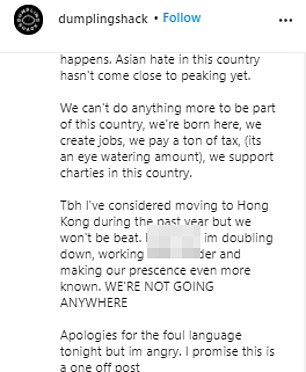 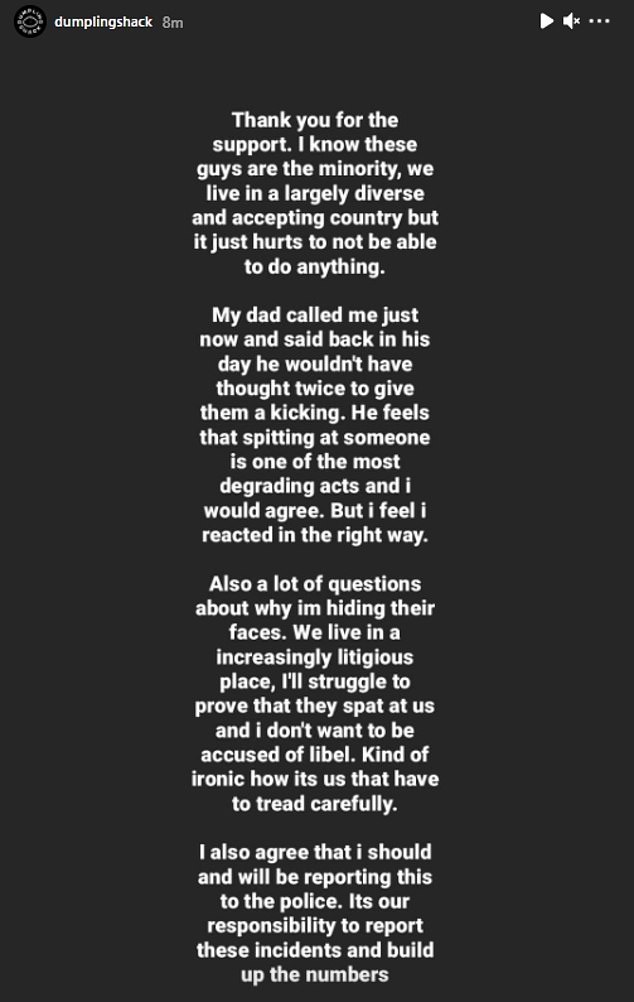 He later took to Instagram to thank his followers for their support, adding: ‘I know these guys are the minority, we live in a largely diverse and accepting country it just hurts to not be able to do anything’

He added that being the child of immigrants can be an ‘anxious’ experience: ‘You look different, your packed lunches smell different, you have a weird name, you live in a takeaway where other kids shout racist abuse at you and threw rocks and stones when they walk past and all you crave is to fit in with everyone else.

‘In a few months we will bring our daughter into this world. Is it too Utopian to think that she won’t have to fear what her heritage and culture brings her and that she can feel proud to be a British born Chinese?

‘I don’t think so but we need your support and to call out the racism when you see it.’

The Metropolitan Police said they were not aware of the incident.

In a statement, they added: ‘The Met does not tolerate any form of discrimination, and is committed to working with partners, such as MOPAC, TruVision, Tell Mama, Galop and Inclusion London, to robustly tackle hate crime by holding offenders to account, bringing prosecutions where appropriate, and in particular, supporting victims.

‘We know that some victims might be reluctant to, or not think to report hate crimes committed against them to police, and they are often not aware of the support available to them.

‘We would urge anyone of our residents who has experienced hate crime and not spoken to police to come forward – we will take it seriously. If you don’t want to speak to police, there are other ways you can get help and support.’