DUBLIN (Reuters) – The Northern Ireland party propping up Britain’s government has urged Prime Minister Boris Johnson to seek a time-limit to the Irish “backstop” in exchange for agreeing to an all-Ireland food customs regime, the Irish edition of the Sunday Times reported without citing sources. 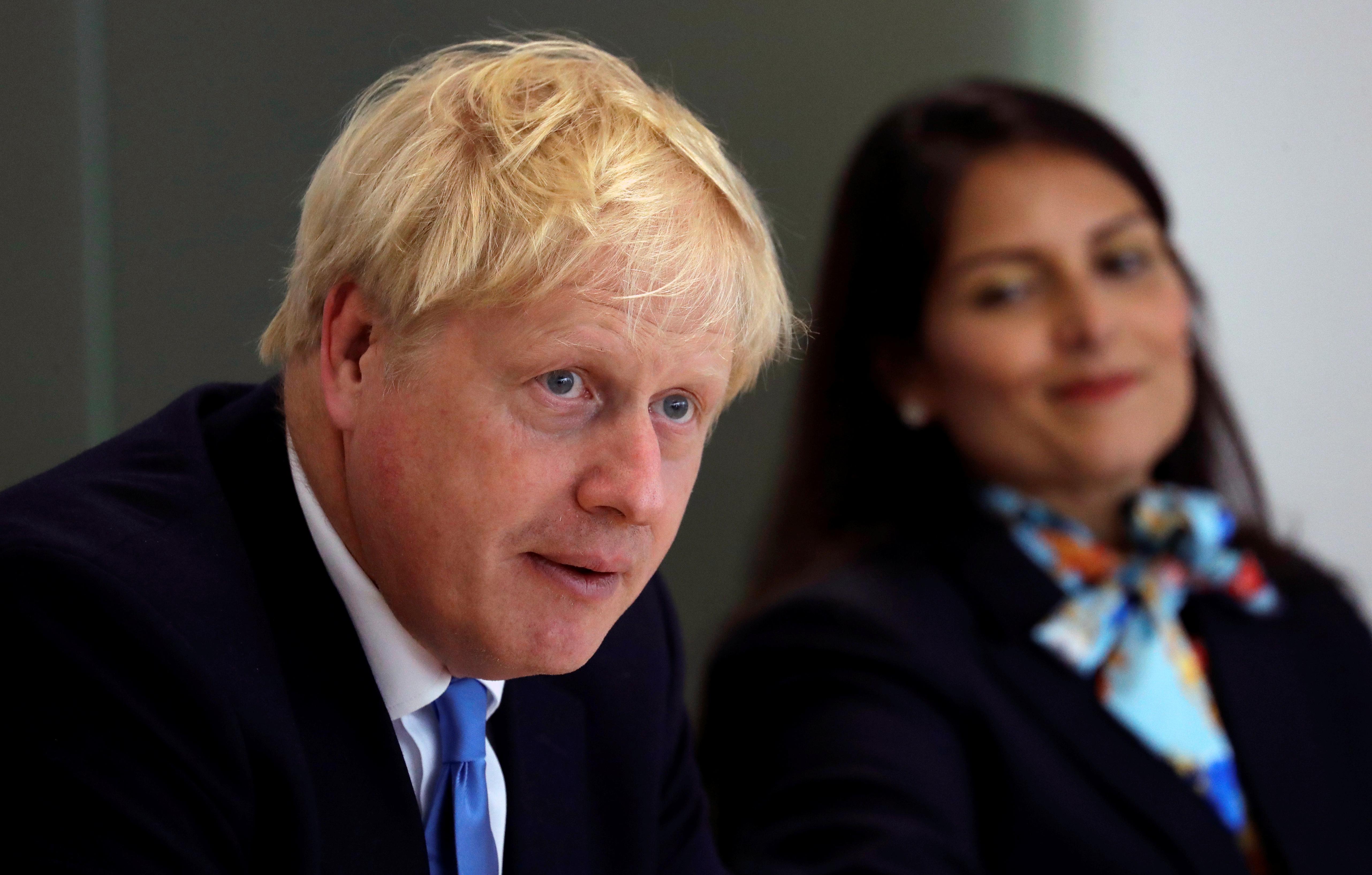 According to the newspaper, the DUP is prepared to discuss an all-island regime for food in exchange for a time limit on the “backstop” clause in Britain’s Withdrawal Agreement with the European Union to help end an impasse over the deal.

The Irish “backstop”, part of the Withdrawal Agreement that former Prime Minister Theresa May struck in November, is the main sticking point in efforts to agree an orderly British exit from the European Union.

“The DUP has urged Johnson to seek a time-limit to the backstop, somewhere between three and six years, as a quid pro quo for a pact on food,” said the article.

That would mean the time limit on the backstop would extend beyond a three-year implementation, or transition, period for a further three years, into the future relationship phase.

“We have not received any proposals from the EU or the Irish government to express concerns on the backstop,” senior DUP lawmaker Jeffrey Donaldson told Reuters when contacted regarding the article.

“And if we do, we will give them consideration, but we are not committed to any option at this stage.”

The Sunday Times said the proposition could be discussed if Johnson accepts Irish Prime Minister Leo Varadkar’s invitation to come to Dublin for talks without preconditions.

Varadkar has previously said he would back restricting checks on meat and food products to ports such as Belfast, Dublin and Rosslare, to meet his government’s objective of keeping the border with Northern Ireland open after Brexit.

But that was in the context of a no-deal Brexit.

The Irish government is strongly opposed to a time-limit on the “backstop”, which it sees as indispensable insurance against a “hard border” whatever the outcome of the negotiations on Britain’s departure from the EU.

The Irish government did not immediately respond to requests for comment.

Related posts:
08/04/2019 World News Comments Off on DUP open to cross-border deal on food, if backstop time limited: Sunday Times
Recent Posts
We and our partners use cookies on this site to improve our service, perform analytics, personalize advertising, measure advertising performance, and remember website preferences.Ok