The African nation’s health ministry announced the child, 5, had been diagnosed with the illness.

It is the first detected by Uganda following the outbreak in the nearby Democratic Republic of Congo last summer.

World Health Organisation (WHO) Uganda tweeted: “Ministry of Health Uganda and the WHO have confirmed a case of Ebola virus disease outbreak in Uganda.

“Although there have been numerous previous alerts, this is the first confirmed case in Uganda during the Ebola outbreak on-going in neighbouring Democratic Republic of the Congo.

“The confirmed case is a 5-year-old Congolese child who traveled from the DRC with his family on 9th June 2019.

“The child is under care and receiving supportive treatment at Bwera ETU, and contacts are being monitored”

“The child and his family entered the country through Bwera Border post and sought medical care at Kagando hospital where health workers identified Ebola as a possible cause of illness.

“The child was transferred to Bwera Ebola Treatment Unit for management.

“The confirmation was made today by the Uganda Virus Institute (UVRI).

“The child is under care and receiving supportive treatment at Bwera ETU, and contacts are being monitored.

“Ministry of Health Uganda and WHO have dispatched a Rapid Response Team to Kasese to start contact tracing and management of cases that are likely to occur. 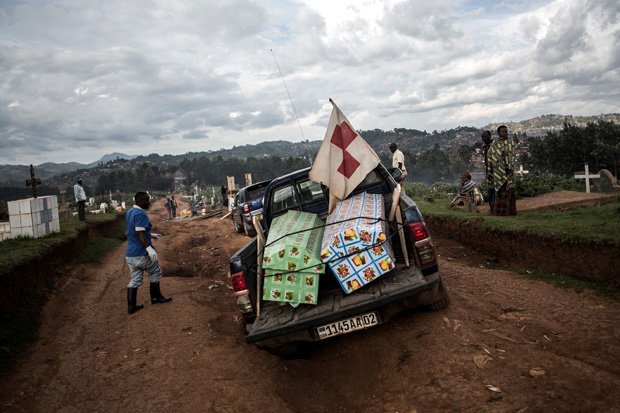 “Will also undertake vaccination for those who have come into contact with the patient and frontline health workers considered to be at high risk.”

There have been 2,000 reported cases of the Ebola virus in Congo since the outbreak.

Around 1,400 deaths have been recorded since then.