MADRID (Reuters) – A senior figure in Spain’s center-right Ciudadanos quit the party on Monday over regional deals it has struck with the far right, underscoring tensions across an increasingly fragmented political scene following national and local elections. 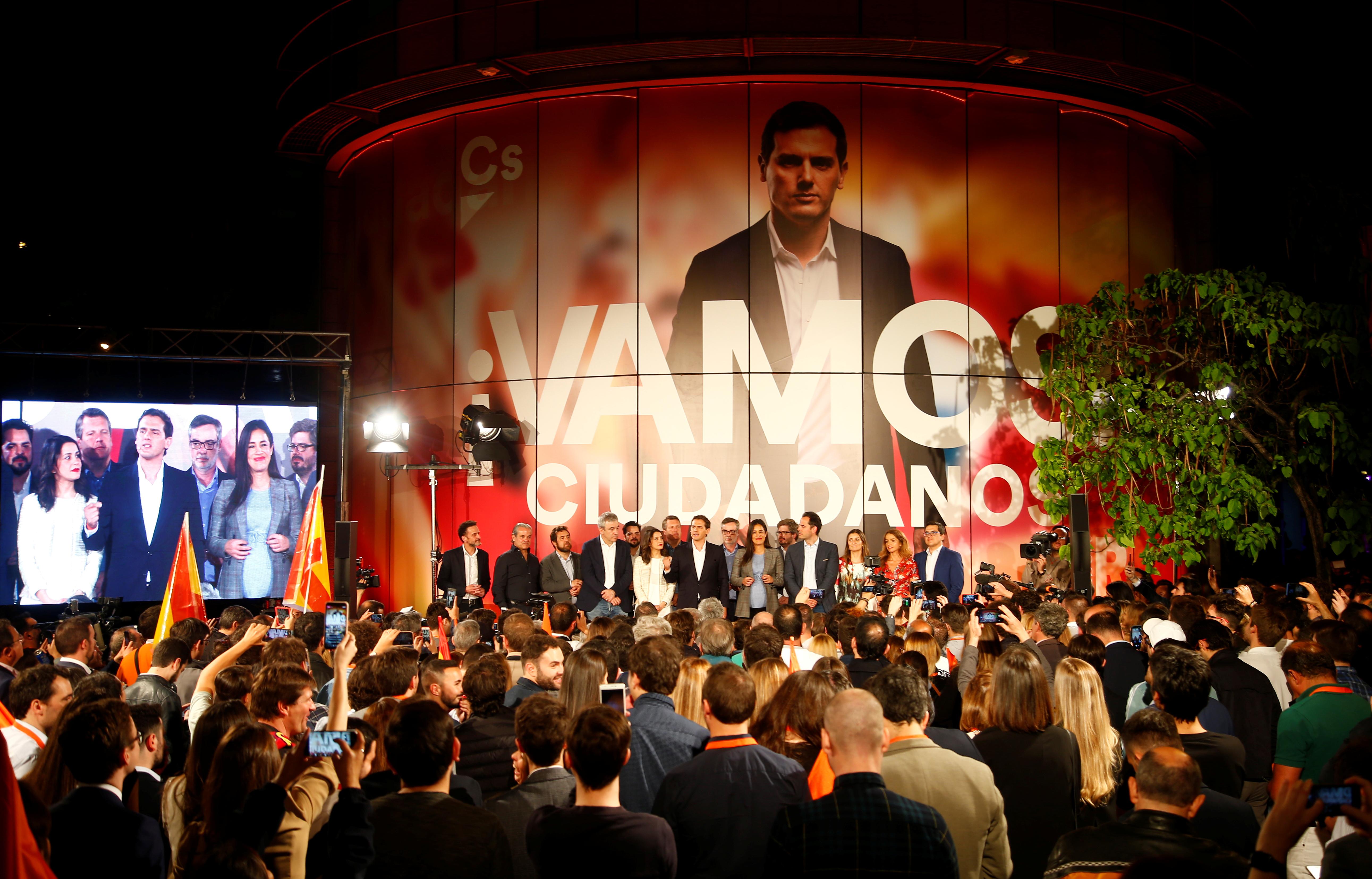 Ciudadanos, Spain’s third-biggest party after national elections in April, agreed to divide up senior appointments in the Madrid and Murcia regional assemblies with the far right Vox movement and the mainstream conservative People’s Party (PP), upsetting some party members.

Vox, which has spoken out against LGBT rights and wants to scrap legislation protecting women from domestic violence, became the first far-right party with significant representation in parliament since dictator Francisco Franco’s death in 1975.

“How can we create a liberal project in Spain if we are unable to confront the extreme right that is against everything we believe?” Toni Roldan, Ciudadanos’ economic spokesman in parliament, said in explaining why he had quit the party.

Ciudadanos, headed by Albert Rivera, has often placed itself in the same centrist, liberal camp as French President Emmanuel Macron.

But its deals with the PP and Vox drew criticism from Paris, with Macron’s government warning the party, its Spanish center-right ally in the European Parliament, of possible “consequences” if pursued the tie-ups.

Ciudadanos spokeswoman Ines Arrimadas later told reporters the party would not change tack. “We’ll stick to being an alternative to Sanchism,” she said, referring to Acting Prime Minister Pedro Sanchez, a Socialist.

Sanchez won April’s parliamentary vote but fell short of a majority, meaning he needs the support of smaller parties to form another government.

For decades, the Socialists and the conservative PP governed alternately with stable national majorities.

But years of recession and austerity and the success of anti-establishment parties elsewhere led to the rise of Ciudadanos and Vox on the right, as well as the far-left Podemos, complicating the process of forming governments.

Ciudadanos, which elected its first lawmakers in 2015, opposes any deal with the Socialists and instead opted for local and regional pacts with the People’s Party (PP) and Vox.

On paper, the Socialists and Ciudadanos would have enough seats to rule the country together, the only scenario with which only two parties would add up.

But Sanchez looks set to rely instead on far-left Unidas Podemos and regional parties, and hopes to be sworn in by parliament in July after concluding coalition talks.

Following Roldan’s resignation, Ciudadanos’ executive committee on Monday voted on whether to open up the possibility of a deal with Sanchez. Four backed a change of strategy but 24 voted against it, prompting one of its members, Javier Nart, to quit the party’s ruling body. He stays on as EU lawmaker.

Acting Justice Minister Dolores Delgado on Monday called for some response from Ciudadanos and the PP after a Vox regional spokesman called her a “whore” on Facebook.

A regional prosecutor on Monday opened a probe into the comments by Vox’s Juan Jose Liarte.