The three-day Muslim festival marks the end of the fasting month of Ramadan. 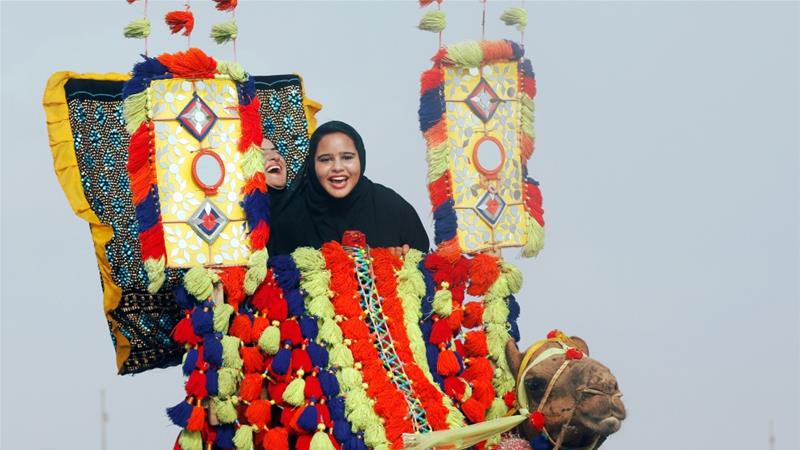 As Muslims around the world bid Ramadan farewell, they also prepare for Eid al-Fitr, the festival marking the end of the Muslim holy month.

Depending on the sighting of the moon, Eid will either start on Tuesday June 4 or Wednesday June 5.

What is Eid al-Fitr?

Eid al-Fitr means “festival of breaking the fast” and marks the end of the fasting month of Ramadan.

Traditionally, Eid al-Fitr is celebrated for three days as an official holiday in all Muslim-majority countries. However, the number of vacation days varies by country.

How is the start of Eid determined?

Like Ramadan, Eid al-Fitr begins with the first sighting of the new moon, so most of the time Muslims have to wait until the night before Eid to verify its date.

If the new moon is not visible, the month lasts 30 days.

The date changes annually on the Gregorian calendar and varies from country to country depending on geographical location.

To declare the start of Eid, Muslim-majority countries depend on the testimonies of local moon sighters. The Judicial High Court then decides if Eid has arrived.

When the sighting has been verified, Eid is declared as on televisions, radio stations and at mosques.

How do Muslims celebrate Eid?

Muslims across the world begin Eid day celebrations by partaking in prayers followed by a short sermon shortly after dawn.

In some countries the prayers take place outside, while others are hosted in mosques or large halls.

People congratulate one another as they head home after Eid prayers. They spend the day visiting relatives and neighbours and accepting sweets as they move around from house to house.

This is preceded by the giving of alms to the poor, or Zakat, which is one of the five pillars of Islam.

It is common for the capitals of Muslim majority countries to decorate their cities with festive lights and hold carnivals to commemorate the end of the holy month, with children dressed in new clothes, offered gifts and money to celebrate the joyous occasion.

Each country has traditional deserts and sweets that are prepared ahead of Eid or on the morning of the first day. These foods range from special biscuits and breads to cakes and puddings.

On the first day of Eid al-Fitr, voluntary fasting is not allowed as Muslims are encouraged to feast and celebrate the completion of a month of worship and abstinence from food.

In some countries, families visit graveyards to offer their respects to family members who have departed. 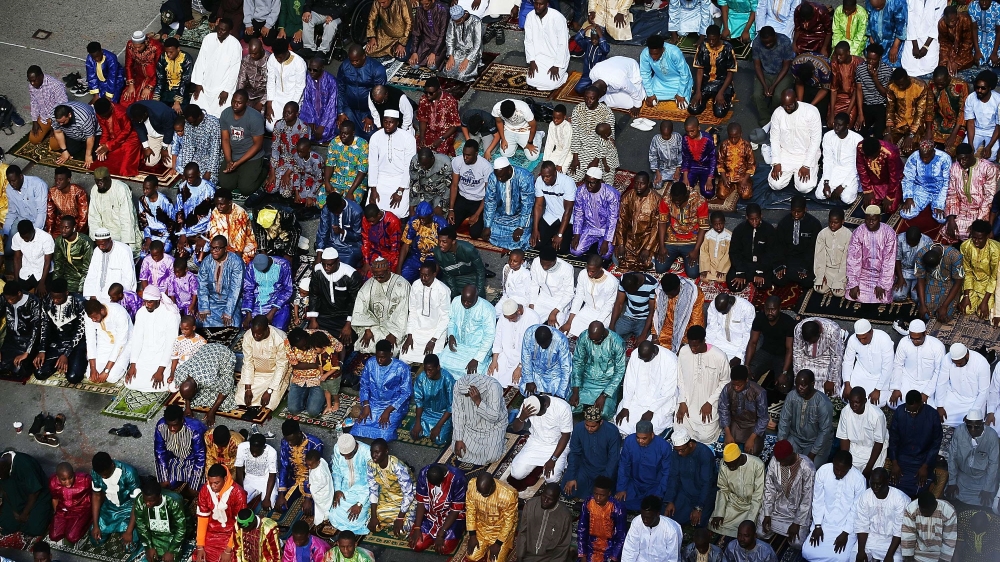 What are common Eid greetings?

Eid greetings also vary depending on the country and language.

For instance, in Indonesia Eid is called Lebaran, so Indonesians would say, “Selamat Lebaran” which means Happy Eid. Other variations of Happy Eid are “Mutlu Bayramlar” in Turkish and “Barka da Sallah” in Hausa, a Nigerian language.

What are other traditions associated with Eid?

Each country has a set of customs associated with Eid.

Generally, Muslims prepare for Eid prayer by taking a shower and dressing in new clothes.

With clothes being an important marker of Eid, some people wear traditional clothes from their culture, while others pick out something new to wear.

Muslims are also encouraged to eat something sweet, usually dates, before heading to the Eid prayers.

On their way to the prayer, traditionally held in an open area, Muslims recite takbeerat, praising God by saying Allahu Akbar or God is great.

Following the prayer, family elders distribute cash or gifts to the children.

What do people eat for Eid?