Diana famously walked through minefields in war-torn Angola months before her death in 1997.

Pictures of her in protective gear drew international attention to the brutal civil war in the Central African country, that lasted from 1975 until 2002.

Harry said: “In Cuando Cubango – in the far southeast of what is a vast, beautiful country – I saw a struggling community in a deserted landscape unable to make use of the land, yet the potential to turn this land into a sustainable source for its people.

“In fact I was told just the other day of the positive transformation in Huambo since my mother walked that minefield all those years ago.

“What is less well-known is the impact landmines can have on conservation and wildlife, and therefore the economy. 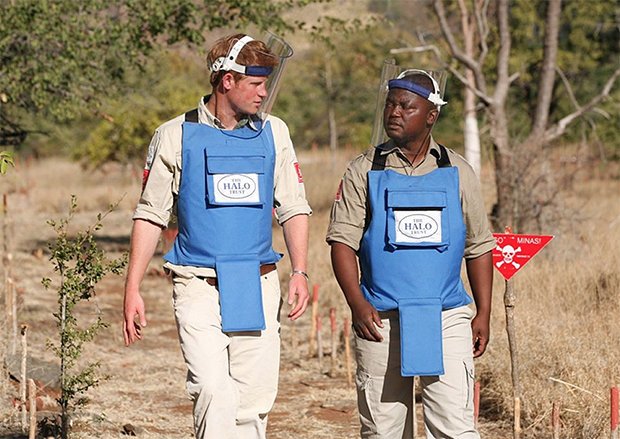 He is reportedly planing in trip to the country in autumn in tandem with the HALO Trust.

The prolonged conflict broke out after Angola gained independence from Portugal in 1975.

It killed up to 1.5 million people and a further four million were displaced.

More than one million landmines were planted across the country during the conflict.