On the train, at school, in shops, online and even when dating. University of Technology Sydney student Ali Mongta-Finn, 21, has experienced so much racism as an Aboriginal person living in Sydney’s Surry Hills that sometimes she feels “numb to it all”.

Other times, it makes her sick. 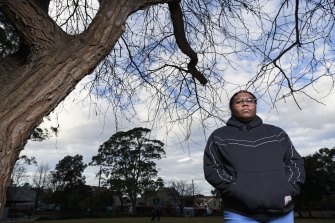 On social media sites, Ms Mongta-Finn has been shocked by the number of men who make racist jokes to her online.

In the largest national study of its kind, researchers from the Australian National University found that 57 per cent of 8000 Indigenous Australians had experienced some form of “everyday racism”.

Six in 10 people experienced everyday racism. The most common was being treated like they weren’t smart, 65 per cent; with less respect, 57 per cent; and people acting like they were afraid of them, 41 per cent. About 30 per cent reported being insulted or yelled at, followed around in shops, and watched more closely than others at school and at work.

These experiences caused poorer health and wellbeing regardless of age, location and gender. Rates dropped as people aged, suggesting the experience of racism became normalised for many older people.

“Even a little bit of exposure to racism and discrimination had a significant impact, even at low levels,” said Associate Professor Raymond Lovett, from the Australian National University’s national centre for epidemiology and population health.

“That’s exactly the point of racism and discrimination, and why we need self-determination,” said Professor Lovett. “Racism is designed to make people feel powerless.” 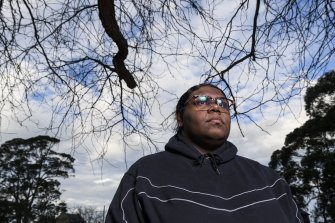 People who had experienced moderate-to-high levels of racism reported a 63 to 64 times increase in doctor-diagnosed depression and experience of pain.

When it came to happiness, racism destroyed it. People who suffered moderate-to-high discrimination were 274 times more likely to be unhappy than others.

The report found about 25 per cent of respondents reported being unfairly bothered by police, something Ms Mongta-Finn’s family had experienced.

She said her younger sister was often questioned by police for no reason when walking home from friends’ places in Surry Hills.

And last June, a relative was in a controversial incident. After allegedly swearing at police, his feet were kicked out of the way, knocking him to the ground, by an officer who was arresting him.

The incident chipped his teeth and left him distraught, said Ms Mongta-Finn.

A co-author of the report professor Roxanne Jones said, “Any experience of unfair police treatment can have extreme consequences for life opportunities.”

After the incident, Ms Mongta-Finn said her family experienced emotional burnout and anxiety. “It really had a bad toll on our mental and physical well-being,” said Ms Mongta-Finn, an environmental science student.

A spokesperson for NSW Police said the officer had been charged, and the matter was before the courts. In addition to swearing to undertake duties without malice or ill will when police officers were sworn in, diversity training was available at various stages of an officer’s career, including education by Aboriginal trainers on issues from culture to Royal Commissions, the spokesperson said.

Professor Lovett said Aboriginal and Torres Strait Islander peoples had been saying for a very long time that racism was bad for health.“Now we have robust data to back up those experiences,” he said.

“These results highlight the breadth and extent of just how bad racism is for our mob’s wellbeing,” said Professor Lovett, an Aboriginal (Ngiyampaa/Wongaibon) man.

The data from over 8,000 Aboriginal and Torres Strait Islander adults was sourced from the national Indigenous-led Mayi Kuwayu Study, collected between 2018-2020. It was published in the International Journal of Environmental Research and Public Health this month.

06/24/2021 World News Comments Off on Everyday racism is real, and the research says it makes people unhappy and sick
Recent Posts