A former Seven Network presenter is suing the broadcaster for at least $500,000 over accusations it breached the Fair Work Act by failing to pay him annual leave or redundancy pay, a court has heard.

Simon Reeve – who appeared in the network's Olympics coverage, news coverage and game shows including Million Dollar Minute and It's Academic – alleges in court documents that he was made redundant in a phone call on June 25 with Sunrise executive producer Michael Pell. 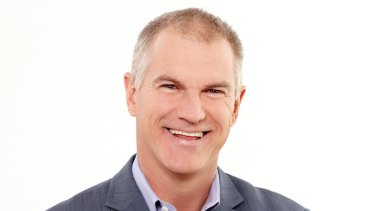 He says he had been directed three months earlier, in a phone conversation with a Weekend Sunrise producer, to "cease performing services".

In a statement of claim filed with the Federal Court, Reeve says being made redundant was a breach of his contract, which "did not permit Seven to unilaterally cease making the payment of salary" to him or his company.

Reeve also claims Seven breached the Fair Work Act by misrepresenting his employment as being an independent contracting arrangement, when it is clear he was treated as an employee – including receiving an email from chief operations officer Bruce McWilliam on July 3 describing him as "part of the DNA of this place".

In an email on the same day, Reeve says, Seven chairman Kerry Stokes referred to the redundancy and wrote "I'm so sorry".

The statement of claim details how Reeve was initially employed by Seven in April 2002 as a development producer. He subsequently signed a number of contracts with the network, including providing commentary for the Athens Olympics, being a news presenter, and hosting game shows. 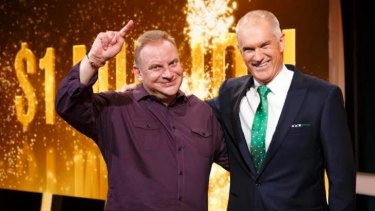 From November 2017 to June 2020 he was operating under a contract which said his company, Simon Reeve Productions, would provide services to the network.

Conditions of his employment included a prohibition on giving information or interviews to other networks without Seven's written consent, and a condition in an early contract that he refrain from making negative comments about the network.

Reeve claims he was not provided reasonable notice of termination, which he considers to be 12 months given his age, seniority and length of service.

He is seeking the equivalent of 12 months' salary, pecuniary penalties, a declaration he was a Seven employee, declarations Seven breached multiple sections of the Fair Work Act, and compensation for failing to pay annual leave or redundancy payments. He is also seeking interest and costs.

Barrister Yaseen Shariff, appearing for the network, said Reeve's claims are "in our respectful position, ambitious" and the network may launch a cross-claim.

Justice Flick made several procedural orders with the aim of flushing out the issues in the case. He said the parties will likely be ordered to attend mediation, which is better sooner rather than later to keep costs down.

Seven has not yet filed any documents.

The matter will return to court on November 11.