EXTINCTION Rebellion protesters have blocked London's streets for the second day in a row as they continue to clash with cops.

Chaotic scenes continued today as the eco-warriors protested outside the capital's landmarks. 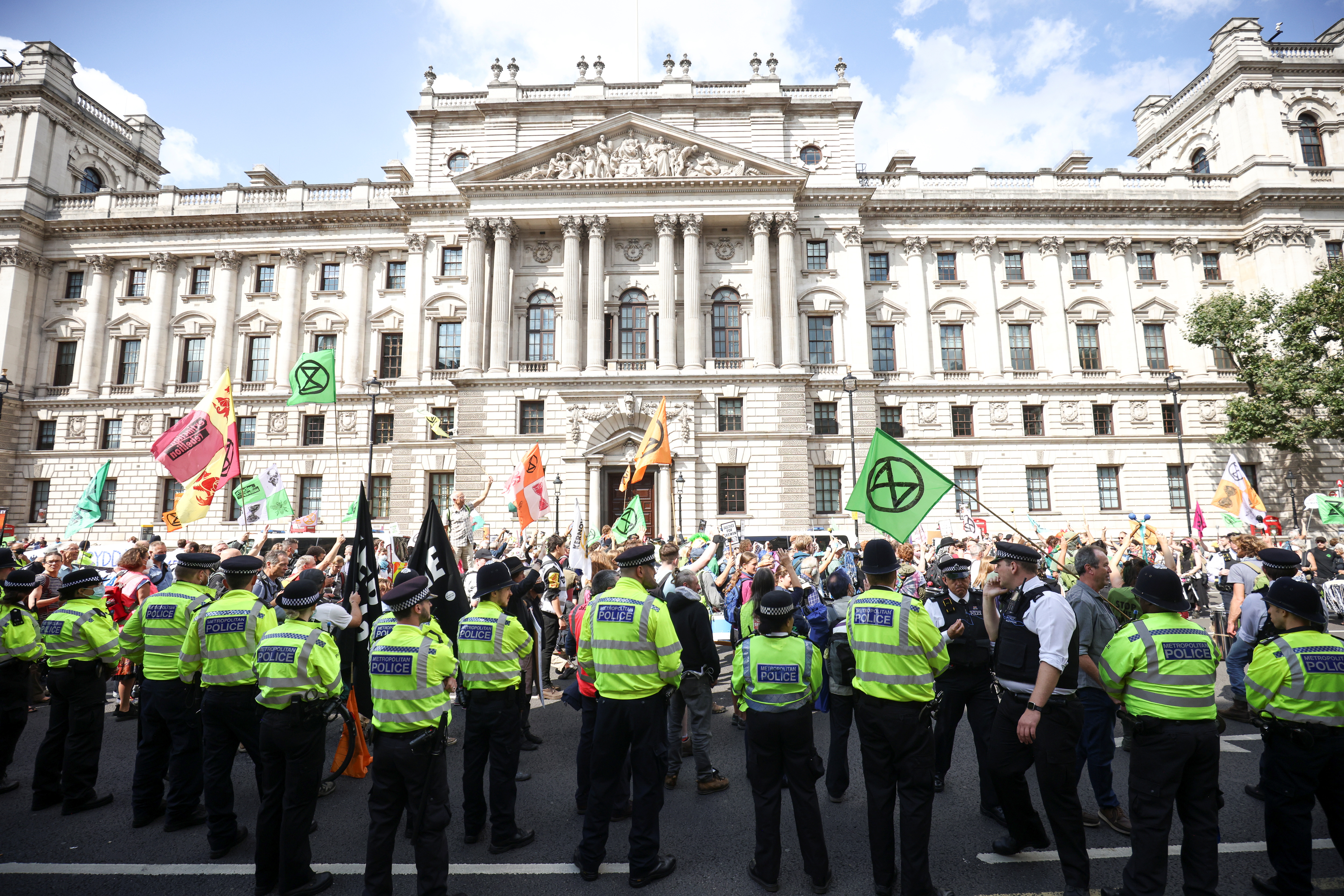 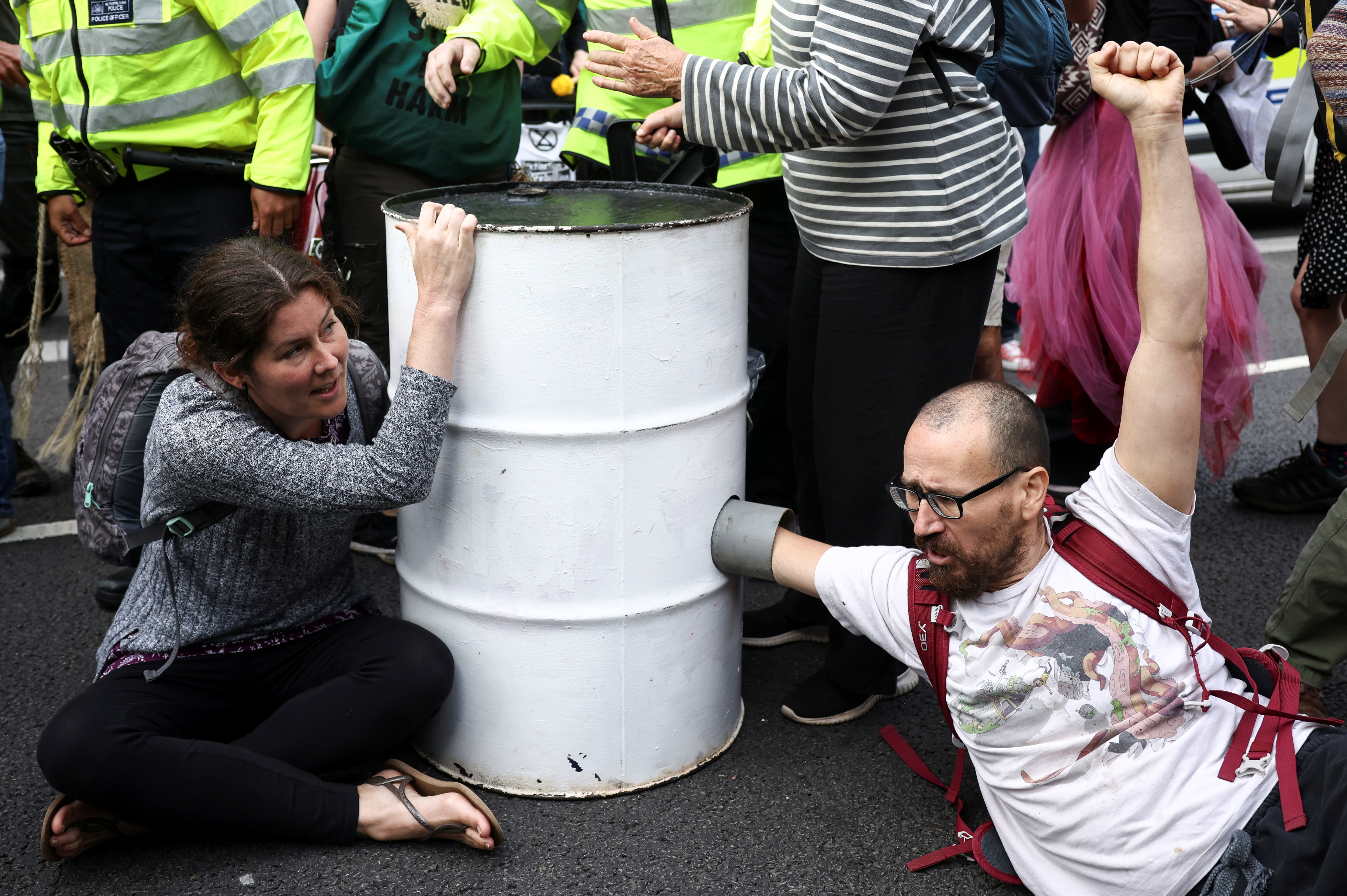 The Met Police said this morning: "Protesters are blocking roads around Parliament Street and Whitehall in Westminster.

"We have officers on scene. Their demonstration is causing disruption to traffic which we are working to minimise."

Some protesters locked themselves together using a barrel – while others waved flags and signs in the eco protest.

Over 50 people from XR Wales occupied Parliament Street to demand HMRC end their relationship with Barclays.

They performed slapstick skits which depicted Boris Johnson and Barclays’ CEO Matt Hammerstein being served cash on a silver tray from an HMRC butler.

And the eco-warriors used chalk spray across the roads to get their climate messages across during the second day of the demonstration.

Chaos in the capital on Monday set off the two weeks of disruption as banner-clutching demonstrators marched from St James' Park.

Some people began setting off bright pink flares as police predicted the protests will cause "cause significant disruption to London."

During the protest – which lasted for 11 days – a giant pink boat cut off access to Oxford Circus.

The Extinction Rebellion movement has gained support from celebrities, including such as comedian and author Stephen Fry and actor Jerome Flynn.

In a video shared on Twitter, Fry praised the group for attempting to "make politicians really recalibrate, realign, revolutionise politics" through their "mucky" and "disruptive" demonstrations.

Meanwhile, Flynn attended a protest on Sunday evening in which three activists scaled the entrance of the Guildhall building in central London.

A crowd of about 200 people gathered as the trio sprayed red spray paint over the walls of the building and unfurled a banner reading "co-liberation freedom together".

The Game Of Thrones actor said it was "more urgent than ever" for people to take a stand together.

And in total, XR protests have cost taxpayers over £50 million after rioters blocked roads in London and smashed windows across the capital.

Previous XR protests have seen activists armed with hammers smash the glass at the Barclays Bank HQ in London.

In April, seven activists from the controversial group used tools to break the glass and pasted the message "In Case of Climate Emergency Break Glass" on the front of the building.

And in October 2019, bungling activists attempted to spray fake blood at the Treasury from a fire extinguisher before losing control of the hose and letting the red paint pour across the London street.

Other demonstrations have seen activists create bamboo blockades outside newspaper printing presses in a bid to muzzle the media. 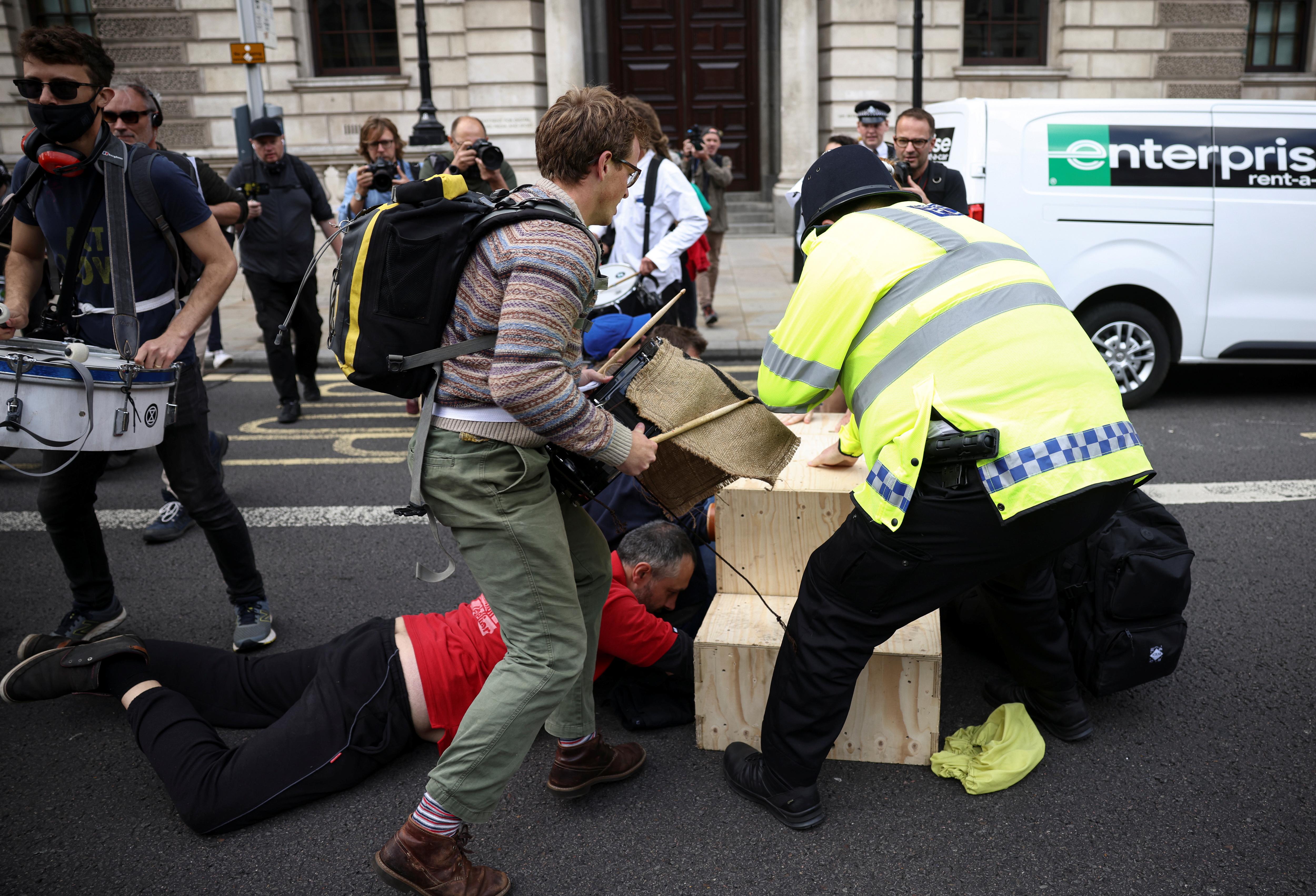 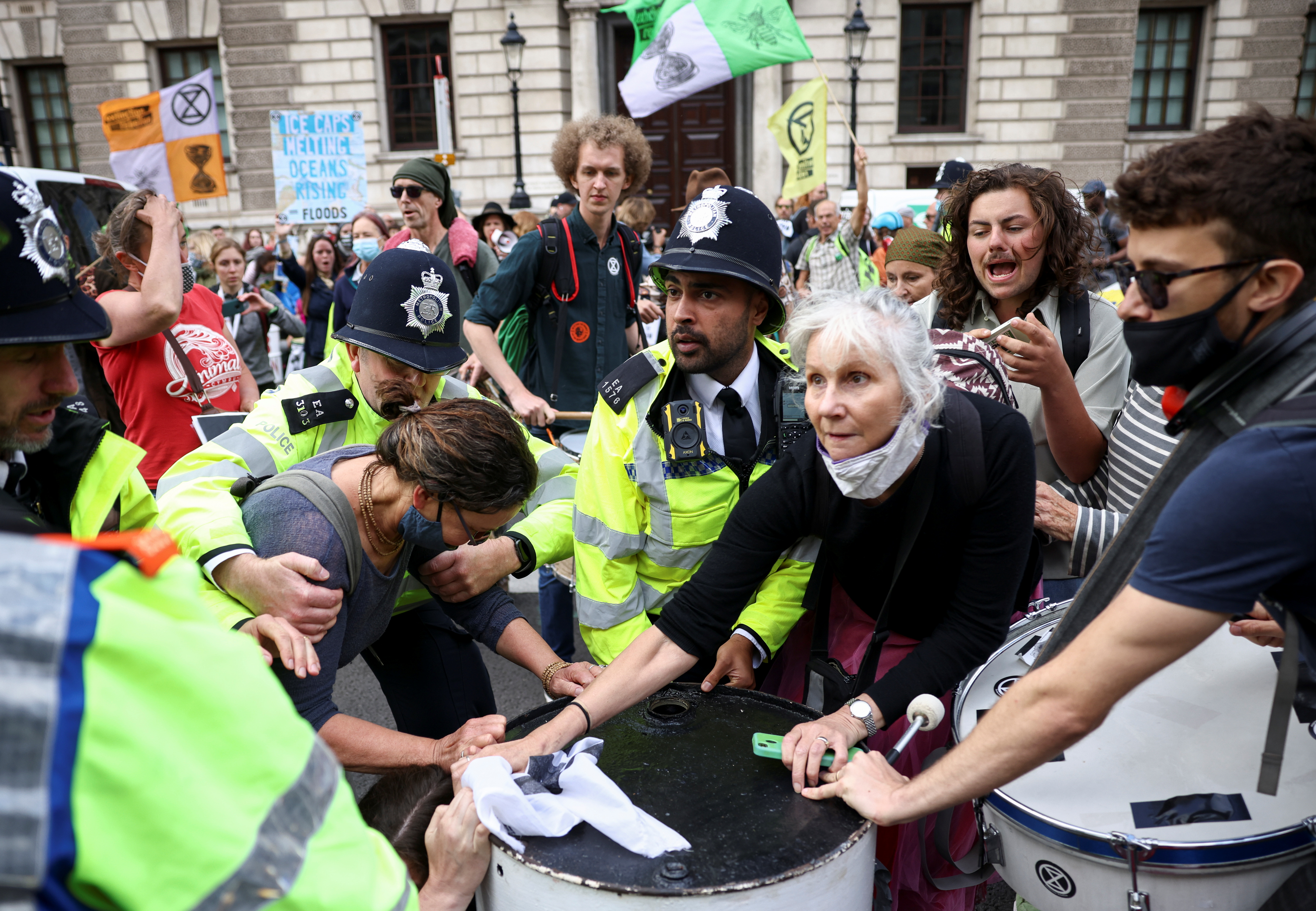