Facebook is taking down Huawei advertisements after US claims that China could use the tech firm’s hardware for spying.

The social media network has removed a number of adverts because they broke transparency rules and have been deemed political, according to the Facebook archive of adverts.

The Chinese tech firm is in the midst of a dispute with the US government over claims Beijing uses its equipment to spy on people, as reported by The Daily Telegraph.

The White House has gone so far as to introduce sanctions on the company, who dispute all the claims. 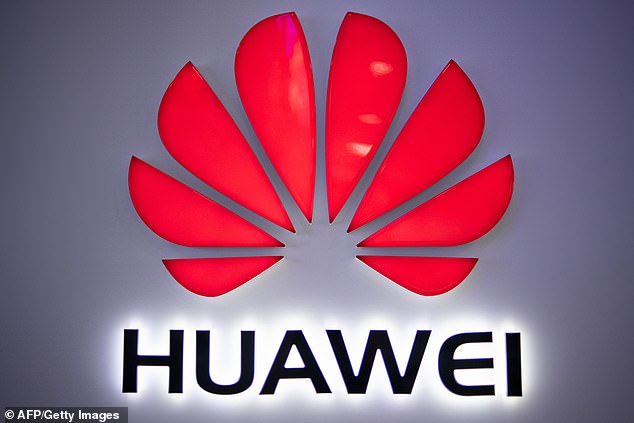 One advert was thought to have been seen by more than a million users before it was taken down.

It said: ‘We prefer #facts over fiction on #cybersecurity. Fact: #Huawei has a strong, proven track record in investing in top cybersecurity and in being compliant with legal and data requirements.’

The adverts were mostly targeted at European Facebook users.

The Chinese tech firm is still able to run adverts on Facebook for its smartphones, as that would not break any of the social media firm’s rules.

Huawei does have a page called Huawei Facts on Twitter, which describes itself as the ‘official truth and facts’ about the company. 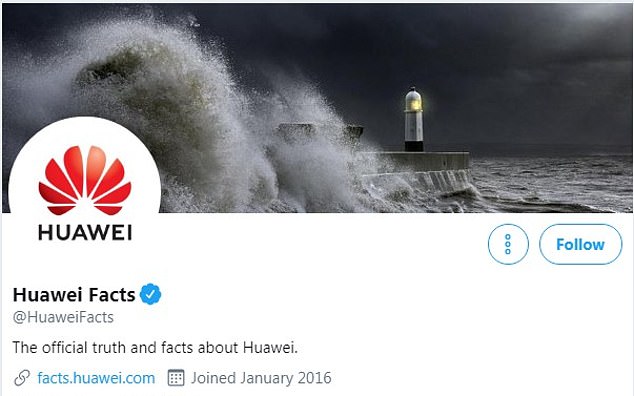 Britain has been under pressure from the US not to give Huawei any role in the building of the 5G network because of spying concerns.

The Trump administration, which has sanctioned Huawei and tried to block it buying US goods, has told allies not to use its 5G technology and equipment after concerns about spying.

Huawei has repeatedly denied any allegations of wrongdoing.

Jeremy Wright, the Digital Secretary, previously said the UK would take into account US concerns about Huawei.

He said: ‘I don’t think it would be realistic not to recognise that, when you have a hugely interconnected sector, when you have a situation where even Huawei equipment has U.S. componentry and IP in it, you can’t disregard what the U.S. administration decide to do.

‘They are all factors to be considered and we are considering them.’