(Reuters) – New York, experiencing more coronavirus deaths and infections than any other U.S. state, is showing tentative signs of slowing the spread of the virus, as U.S. senators were set to vote on Wednesday a $2 trillion bipartisan package of legislation to alleviate the devastating economic impact of the pandemic. 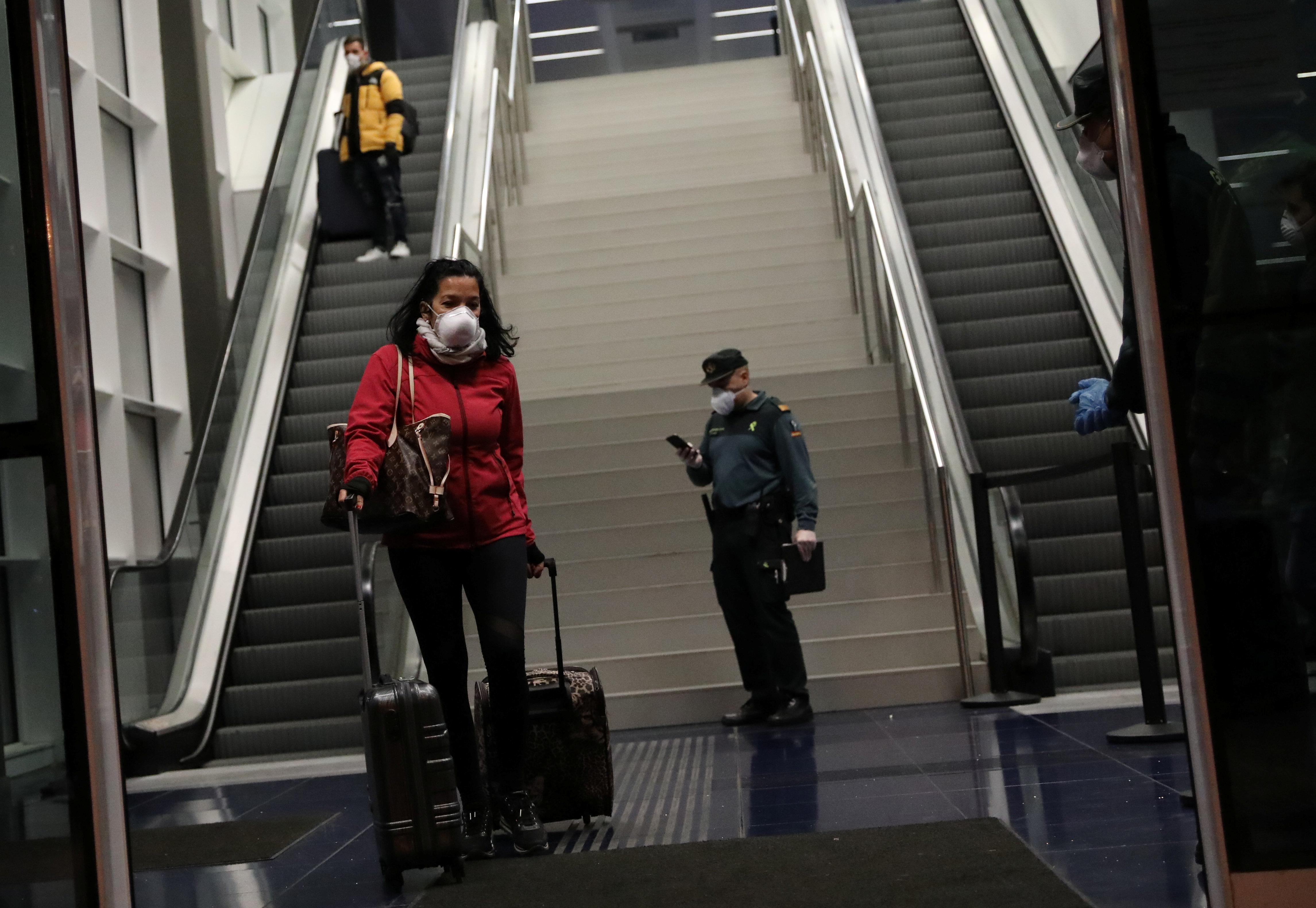 * For an interactive graphic tracking the global spread, open tmsnrt.rs/3aIRuz7 in an external browser.

* Summer is unlikely to stop the spread of the virus, and every country in Europe is forecast to run out of intensive care beds by mid-April unless it acts fast.

* Italy has seen more fatalities than any other country, with latest figures showing that 7,503 people have died from the infection in barely a month.

* A person who lives in the same Vatican residence as Pope Francis has tested positive for coronavirus.

* Spain’s coronavirus death toll jumped by 738 overnight to 3,434 fatalities and exceeded that of China.

* Germany plans to insist that airline passengers arriving from non-EU countries go into quarantine for 14 days.

* British regulators will act against any companies found to be profiteering from the coronavirus emergency and the government launched a WhatsApp campaign against misinformation.

* Prince Charles, the 71-year-old heir to the British throne, has tested positive and is self-isolating in Scotland with mild symptoms.

* Kosovo’s coalition government faces a no-confidence vote in parliament on Wednesday after a dispute over whether to declare a state of emergency.

* Russian President Vladimir Putin postponed a nationwide vote on constitutional changes that would allow him to extend his rule.

* New York, experiencing more coronavirus deaths and infections than any other U.S. state, is showing tentative signs of slowing the spread of the virus.

* New Orleans is on track to become the next coronavirus epicenter in the United States.

* Defense Secretary Mark Esper has issued a stop movement order to the U.S. military halting all travel and movement abroad for up to 60 days.

* Canada has almost doubled the value of an aid package to C$52 billion to help people and businesses.

* Many of Brazil’s 850,000 indigenous people are urging officials to expel from their lands outsiders who could introduce the disease.

* Mexico temporarily halted the processing of asylum requests from Tuesday, as its cases climbed to 405.

* Venezuela has opened talks with China over possible financial support to cope with a sharp drop in oil prices and the arrival of the novel coronavirus.

ASIA AND THE PACIFIC

* Life started returning to normal on Wednesday after two months of lockdown in Hubei province, epicenter of China’s coronavirus outbreak.

* Mainland China reported a drop in new cases on Wednesday as imported infections fell and no locally transmitted infections were reported.

* Singapore’s government said on Wednesday it was not ruling out holding a general election during the outbreak.

* Australia will expand testing, its prime minister said on Wednesday as Canberra struggles to contain the outbreak.

* India’s 1.3 billion people were under lockdown on Wednesday to prevent an explosion of coronavirus cases as the government struggled to deliver essential goods and calm nerves.

* The Indian government banned the export of a key malaria drug, as experts test its efficacy in treating patients with COVID-19.

* Israelis were instructed on Wednesday to stay within 100 meters of their homes under tightened restrictions that further reduced public transport, required employers to check workers for fever and set sanctions for people who defy rules.

* Jerusalem’s Church of the Holy Sepulchre, revered in Christian tradition as the site of Jesus’s crucifixion and burial, was closed.

* Egypt has declared a two-week curfew, and those who violate the measure will be penalized under emergency laws, the prime minister said.

* South African officials identified quarantine sites across the country on Wednesday, as the number of confirmed coronavirus cases rose to 709.

* The Nigerian Army is preparing to forcibly transfer the sick to hospital and enforce restrictions, and is leasing equipment for “possible mass burial”, according to an army memo seen by Reuters.

* Congo closed its borders and imposed a state of emergency.

* Mali and Guinea-Bissau reported their first cases on Wednesday.

* The dollar slid and global equity markets marched higher on Wednesday for a second day of gains.

* Seventy percent of people in G7 countries expect their household to lose income due to the outbreak.

* U.S. senators were set to vote on Wednesday on a $2 trillion bipartisan package of legislation to alleviate the devastating economic impact of the coronavirus pandemic, although critics from the right and left threatened to hold up the bill.

* Germany, whose economy could contract by as much as 20% this year, is open to using the European Stability Mechanism to prop up economies under certain circumstances.

* German lawmakers on Wednesday voted to suspend the debt brake for the first time ever to finance an aid package meant to help shield Europe’s largest economy.

* Nearly 100,000 French companies have asked the government to reimburse them for putting 1.2 million workers on shorter or zero hours since the coronavirus outbreak.

* Venezuela has opened talks with China over possible financial support to cope with a sharp drop in oil prices and the arrival of coronavirus, sources familiar with the negotiations said.

* India is likely to agree an economic stimulus package of more than $19.6 billion, two sources familiar with the matter told Reuters.

* Pakistan is seeking another $1.4 billion loan from the IMF.

* This year’s Wimbledon Championships could be postponed or canceled.

* Mariah Carey, Billie Eilish and Tim McGraw will headline a benefit concert on Sunday, playing from their homes, to raise money to help fight the spread of the coronavirus.

03/26/2020 World News Comments Off on Factbox: Latest on the spread of the coronavirus around the world
Recent Posts
We and our partners use cookies on this site to improve our service, perform analytics, personalize advertising, measure advertising performance, and remember website preferences.Ok