Family of mentally ill man, 57, who starved to death weighing just four-and-a-half stone after his benefits were cut take DWP to High Court over ‘unlawful’ decision

A family have taken the Department for Work and Pensions to High Court after their mentally-ill relative starved to death weighing four-and-a-half stone when his benefits were cut.

His family are bringing a legal claim against the Government, arguing a Department for Work and Pensions (DWP) policy on terminating benefits is unlawful.

According to relatives, Mr Graham, who suffered from mental health issues, was found in his flat by bailiffs, weighing just four-and-a-half stone, having ‘cut himself off from the world’.

They have previously said they found Mr Graham’s curtains closed, a single light bulb, no gas and electric and little food when they visited his flat to clear his belongings following his death. 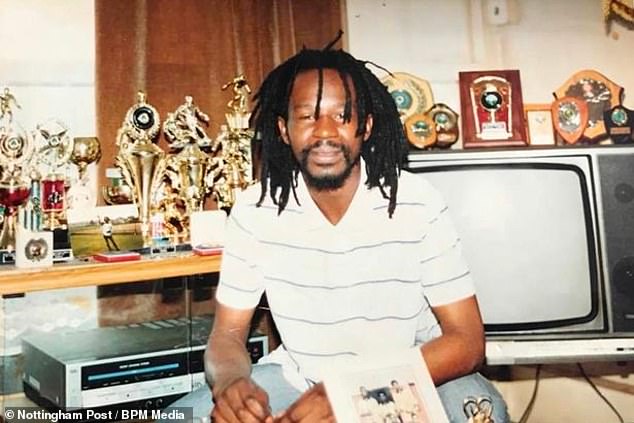 The case is being brought by Alison Turner, the fiancee of Mr Graham’s son, on behalf of the family.

In a witness statement last May Ms Turner described going to the flat after Mr Graham’s death and finding a pair of heavy-duty pliers and back molar teeth with ‘huge roots’, saying she ‘realised that Errol must have pulled out his own teeth’.

She said that to her, this was an ‘indicator of how severe his mental health issues were at the time’, adding ‘he cannot have been in the right frame of mind’.

Ms Turner’s statement also says: ‘It was clear from the flat that Errol had cut himself off from the world.’

At a remote hearing before Mr Justice Bourne on Tuesday, lawyers for Mr Graham’s family are expected to argue that the decision to halt his benefits, and the DWP’s ESA safeguarding policy relating to the termination of benefits, is unlawful.

They are expected to argue that this is the case despite changes made to the ESA safeguarding policy last year, after Mr Graham’s family issued their challenge.

The family claim that the policy is still unlawful because it puts the burden on vulnerable benefits claimants to prove that they had good cause for failing to attend a meeting or to respond to communications, and this is contrary to employment and equality laws. 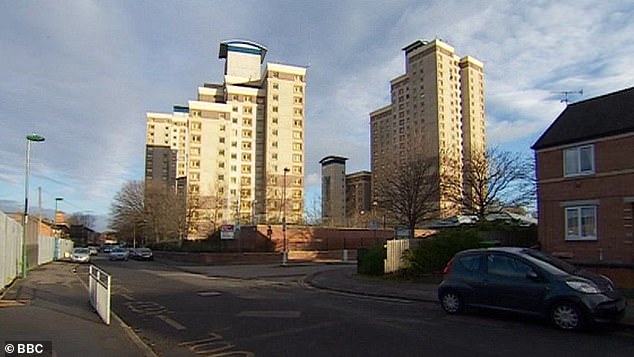 According to relatives, Mr Graham, who suffered from mental health issues, was found in his flat (flat block pictured) by bailiffs, weighing just four-and-a-half stone, having ‘cut himself off from the world’

It is also claimed that the policy fails to make it clear that the DWP has a duty to make inquiries to obtain information about the state of a claimant’s health so they can properly assess whether they had good cause for missing an appointment or failing to respond to communications.

An unsent letter from Mr Graham to DWP assessors was found by the family in the flat, according to Ms Turner.

In a statement ahead of the hearing, Ms Turner said the changes made to the ESA policy are ‘not enough’.

‘For Errol’s sake, I have to challenge this policy so that other people don’t suffer in the way that he and our family did.’

Tessa Gregory, a solicitor for law firm Leigh Day, which is representing Ms Turner, said: ‘Errol’s family have always made clear that their one goal in bringing this litigation is to try to ensure that no other families live through the same horrors they have.

‘The DWP provide support to many others like Errol, who due to their significant mental health issues may miss appointments and may have difficulty responding to correspondence.

‘It cannot be right that it falls to such vulnerable individuals to prove that they had a good cause for not responding and the DWP must require their staff where necessary to make further inquiries before taking the momentous decision of cutting off what is often a person’s only source of income.

‘Unless and until the DWP changes its policies, other vulnerable individuals will remain at risk of serious harm or death.’

A DWP spokesperson said: ‘Our sympathies are with Mr Graham’s family. It would be inappropriate for us to comment further at this time.’

01/12/2021 World News Comments Off on Family of mentally ill man, 57, take DWP to High Court
Recent Posts
We and our partners use cookies on this site to improve our service, perform analytics, personalize advertising, measure advertising performance, and remember website preferences.Ok