Great-grandfather, 79, of two-year-old girl who died after swallowing button battery hanged himself three months later because he ‘struggled to cope’ with the tragedy

The great-grandfather of Harper-Lee Fanthorpe, who died after swallowing a button battery, took his own life after struggling with the tragedy, his family have said today.

Peter Nicklin, 79, ‘couldn’t cope’ since Harper-Lee, 2, passed away in May from injuries she suffered after swallowing a button battery.

Peter’s son, Harper-Lee’s grandad Darren Nicklin, said his father just wasn’t himself after the Bentilee toddler’s death, adding there had been a big change in him.

He had been unable to attend her funeral, telling his family it ‘would finish him off’.

‘He loved life. He loved it,’ said Darren. ‘We never thought he’d have it in him.

‘You saw the change in him. He went from happy-go-lucky, one of the lads, then he just wasn’t himself. We can’t believe he’s done it.

‘He just changed when our Harper passed. He couldn’t cope with it.

‘People that age, they can’t cope with losing youngsters. The day after he said “why didn’t they take me instead of her?” 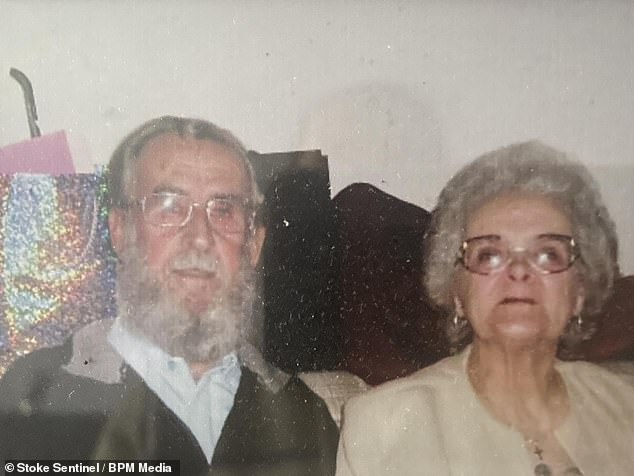 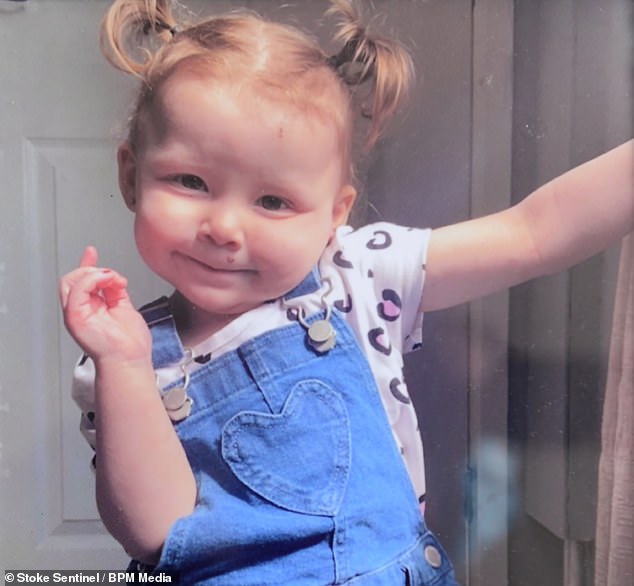 ‘We were getting a bit of normality, focussing. He just wouldn’t talk about it. I think he bottled everything up. We’re devastated.’

Harper-Lee Fanthorpe, from Stoke-on-Trent, Staffordshire, passed away on May 23, hours after swallowing the battery when the acid leaked.

Mother Stacey Nicklin said she did not realise her daughter had swallowed the battery until she found the remote control with a missing button battery in her bedroom.

Harper-Lee was rushed to Royal Stoke University Hospital where she received a blood transfusion to replace the two litres lost and was taken into surgery.

Surgeons were unable to save the child after acid inside the battery leaked and burnt through her insides, causing damage to a major artery. 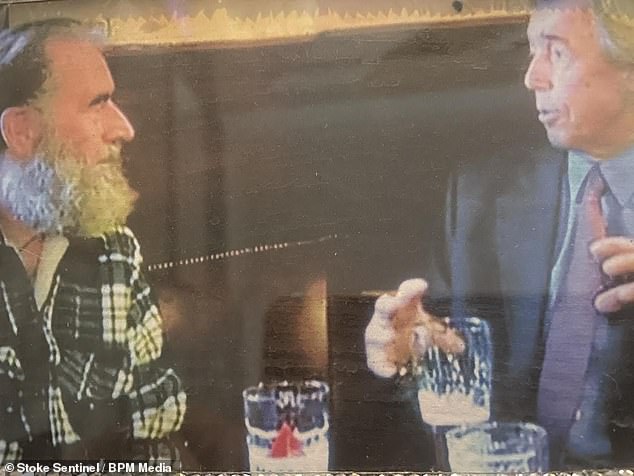 Pictured: Peter was well known around Hanley at the Wetherspoon’s and the Coachmaker’s, where he once met Gordon Banks when the famous footballer came in to support the pub

The two-year-old suffered a cardiac arrhythmia during surgery and passed away.

Peter died on August 15 at his home in Hanley, almost three months after Harper-Lee’s death.

An inquest into the circumstances surrounding Mr Nicklin’s death heard he had been found hanged.

Born and bred in Stoke-on-Trent, Peter left school and went on to do a variety of jobs, including working for bricklayers and on the motorways.

He was a family man, who was deeply proud of his three children Darren, Carl, and Claire, as well as his wife Pauline, who he survived.

Described by Darren as ‘happy-go-lucky’, Peter was well known around Hanley at the Wetherspoon’s and the Coachmaker’s, where he once met Gordon Banks when the famous footballer came in to support the pub.

‘He loved all his grandkids. He was very family oriented my dad,’ said Darren.

‘He mellowed as he got older, especially with the grandkids, because we had a fairly strict upbringing, but he mellowed over the years. 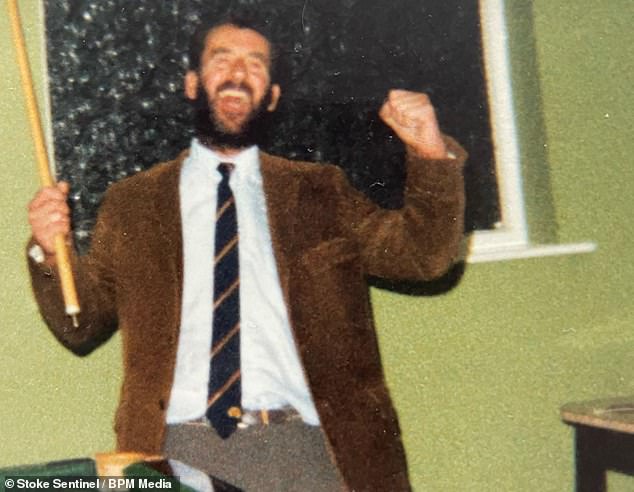 He was a family man, who was deeply proud of his three children as well as his wife Pauline

‘He was one of the lads. A hard worker. They knew him round Hanley as The Beard because he’d got a big beard.’

In his later years, Peter was passionate about his allotment, having a patch on the site near Joiners Square where he could often be found attending to the wide variety of fruit and veg he would grow.

Since Harper-Lee’s tragic death, her mother Stacey has been campaigning for new laws to protect children from the dangers of button batteries.

Distraught mother Stacey said that her daughter’s loss had left a ‘huge hole’ in her family.

‘These five weeks have been absolute torture, I feel so lost. The house is just so quiet,’ she told the Sun. 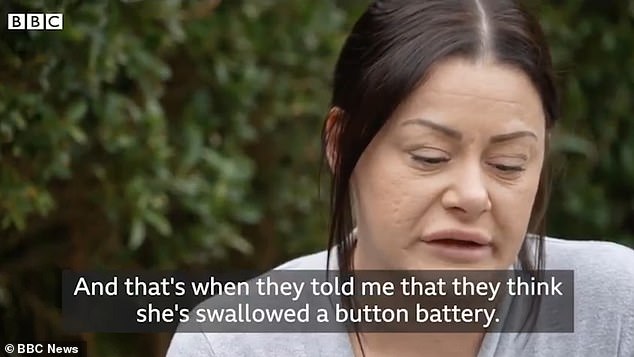 Pictured: Mother Stacey Nicklin said she did not realise her daughter had swallowed the battery until she found the remote control with a missing button battery in her bedroom

She called on parents to ‘check check check’ to avoid repeating such incidents.

‘It’s about awareness. If I can save one child or a hundred, then I’ve promised my baby I’ve done what I’ve done,’ she said.

Earlier in the summer local MP Jo Gideon introduced a Bill in the Commons, dubbed ‘Harper-Lee’s Law’, which is due to be debated later in the year.

Prime Minister Boris Johnson and Leader of the Commons Jacob Rees-Mogg have both sent their condolences to Harper-Lee’s family, while more than 5,000 people have signed a petition urging the government to take action to help prevent future deaths from button batteries.

For confidential support call the Samaritans on 116123 or go to samaritans.org