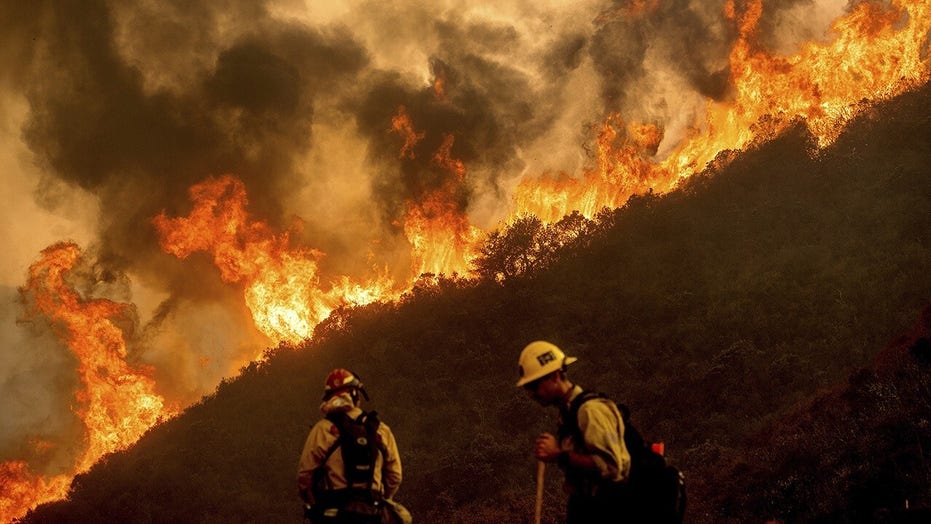 Phil Sunseri thanked California firefighters Tuesday after they were reportedly able to save his family's 130-year-old Napa Valley winery from a fast-moving wildfire that came within feet of the business and destroyed at least one building on the property.

The Hennessey Fire, one of several wildfires burning in Northern California, was sparked by lightning early Monday. It had exploded to more than 10,000 acres and the Nichelini Family Winery was in its path by Tuesday, according to KPIX-TV in San Francisco.

Flames engulfed a cabin within the Nichelini Family Winery complex Tuesday as firefighters worked to save the business. The winery’s main building, however, was still standing Tuesday evening, according to KPIX. 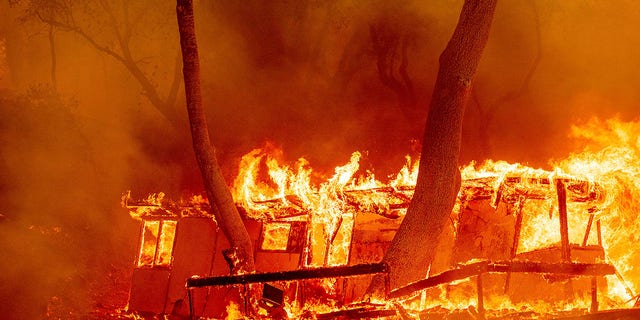 Flames consume a cabin at the Nichelini Family Winery in unincorporated Napa County as the Hennessey Fire burns on Tuesday, Aug. 18, 2020. A winery family member said they had spent 10 hours Monday rebuilding the cabin’s foundation. Fire crews across the region scrambled to contain dozens of blazes sparked by lightning strikes as a statewide heat wave continues. (AP Photo/Noah Berger)

"It's a miracle, Sunseri told KGO-TV in San Francisco. "The building is made of kiln-dried redwood. Who knew it could have survived when everything around it was destroyed?" he said.

“We’ve prepared for fire every year,” Sunseri told KPIX. “The fire can be overwhelming. You just do the best you can.”

The winery was built in 1890 and is the region’s oldest continuously family-owned winery.

The family renovated the house, where the first generation of Nichelini winemakers lived, just a few years ago.

“That’s the most precious to us,” Aimee Sunseri said. “That one we would be really sad to lose.” The house is a national historic landmark.

The family is also concerned about smoke contamination in the vineyard.

Aimee Sunseri told the Register the family hasn’t missed a harvest in 130  years. “It’s something we pass on to every generation – don’t be the one that misses a harvest. We don’t want to have to make that hard choice.”

As of Tuesday night, Hennessey Fire was at zero percent containment and firefighters continued to evacuate residents in its path.

08/19/2020 World News Comments Off on Fast-moving Northern California fire spares historic family-owned winery: 'It's a miracle'
Recent Posts
We and our partners use cookies on this site to improve our service, perform analytics, personalize advertising, measure advertising performance, and remember website preferences.Ok