A FIFTH of Brits believe they have a food allergy – yet one in six cannot identify ANY allergens in common food groups.

A study of 2,000 adults found only 43 per cent correctly identified tree nuts as an allergen in pesto, while just 48 per cent knew tofu was made from soybeans. 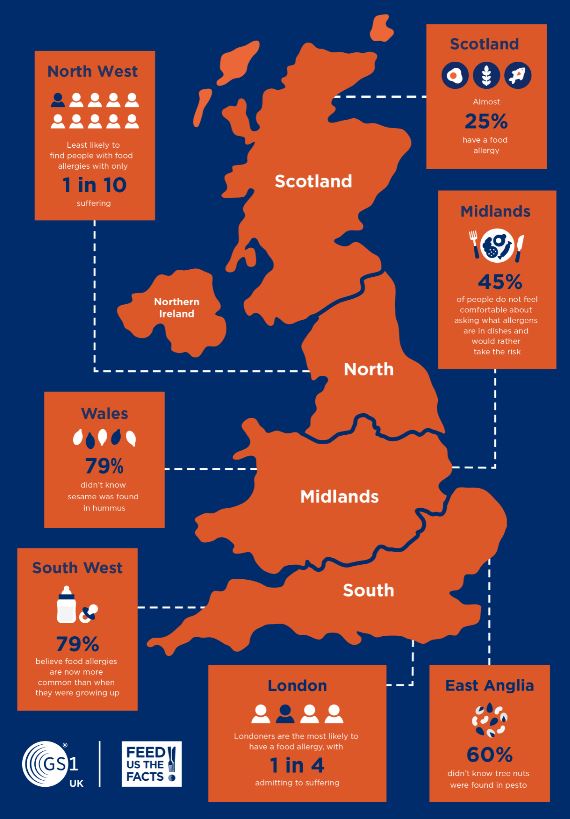 And nearly a third had no idea milk was the allergen in yoghurt.

However, eight in 10 agree it is important that new food legislation is introduced to protect those with severe food allergies out of home.

It also emerged London is the UK's allergy hotspot, with four in 10 suffering adverse effects of certain foods.

The research was commissioned by GS1 UK, which is running a campaign for extra transparency from the food industry [https://www.gs1uk.org/feed-us-the-facts], supported by Professor in Paediatric Allergy, Adam Fox, the Anaphylaxis Campaign, and the BDA Food Allergy Specialist Group.

Anne Godfrey, CEO of GS1 UK, said: “Natasha’s law, which comes into force this October, means all food businesses will have to provide full ingredient lists and allergen labelling on foods pre-packaged for direct sale in England, Wales, and Northern Ireland.

“This is much needed which will undoubtedly increase transparency within the food industry and protect consumers – as the research shows, it’s not always clear what is or isn’t an allergen.

"Food allergies are clearly increasingly prominent across the UK, so it is imperative that the industry offers more support to those that are unable to eat certain foods.

“While accidentally ingesting something could be annoying for someone with a mild intolerance, for someone else it could be fatal.”

The research found nearly two thirds (61 per cent) were unaware of the imminent Natasha’s law before taking the survey.

It also emerged that 30 per cent of adults are suffering in silence as they have been unable to get their allergy diagnosed by a medical professional.

But 80 per cent believe allergies are much more common nowadays, then they remember from when they were younger.

Of those who do have a food allergy, social awkwardness means that when eating out, 62 per cent don’t feel comfortable asking about allergens in dishes and would rather ‘take the risk’ instead.

And when shopping, 42 per cent ‘trust’ large brands to accurately label their products with allergen information, more than smaller brands. 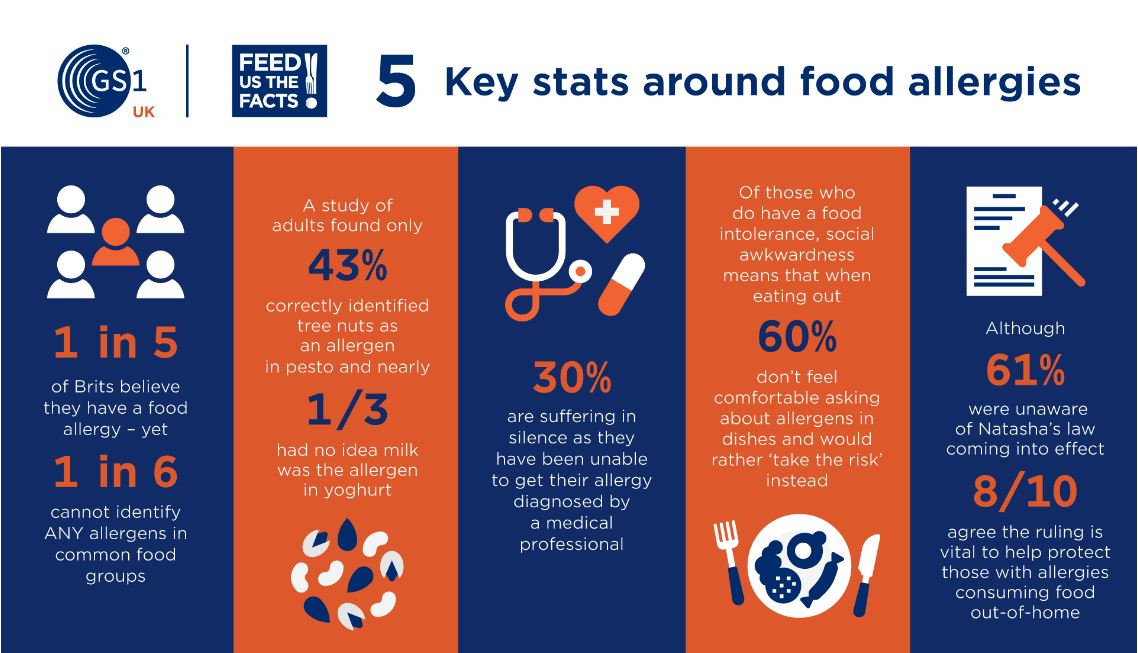 A third, however, would trust a brand less if they knew a brand had recalled products in the past due to contamination or misleading information on packaging, according to the OnePoll figures.

Shoppers are also more than twice as likely to understand everything that’s inside a product when shopping in store, compared to online (27 per cent vs 11 per cent).

Anne Godfrey of GS1 UK, added: “One thing this research has highlighted, is that the entire food industry – not just pre-packaged food for direct sale – must become more transparent.

“There is the potential to use 2D barcodes – like a QR code or DataMatrix – which can hold more vital information that can be made available to consumers to drive further transparency.

“In the future, these standards could be unlocked using quick smartphone scans to show a product’s allergens, environmental impact, extended producer responsibility, supply chain and much more.

“Natasha’s law will help when it comes to highlighting products that contain allergens. We believe its introduction is much needed, but we feel we are only at the start of a journey and if we collaborate as an industry, we can help save more lives.”

Professor Adam Fox said: “For people with food allergies, the fear of making a simple mistake, with devastating consequences, has a draining effect on quality of life.

“Thankfully, life threatening allergic reactions to food are rare – but with the rates of severe reactions continuing to increase, the introduction of Natasha’s Law is a key step forward."