A married City finance executive exposed his ‘tight’ underwear to a female colleague on a Zoom call – before blaming it on a ‘melee’ with his pet dog after her was fired.

Philip Taylor allegedly lowered his laptop camera ‘deliberately’ during a lockdown work video call to reveal his light-coloured pants and the flesh of his thigh and groin to his shocked female co-worker.

The ‘distressed’ colleague said it was ‘in no way an accident’ and Taylor, whose wife was in the next room at the time, ‘100 per cent wanted her to see his underwear’, a London Central Employment Tribunal heard.

The ‘inappropriate’ incident on June 22 last year came after Taylor, who was head of financial planning and analysis at Compagnie Financiere Tradition, sent the worker ‘sexualised’ messages.

The married father was said to have messaged his colleague, identified only as Employee X, on Instagram saying ‘you look like you need sausage’, an employment tribunal heard.

When Taylor was called to a disciplinary hearing at the international brokers, he gave an ‘implausible’ explanation about the Zoom incident. 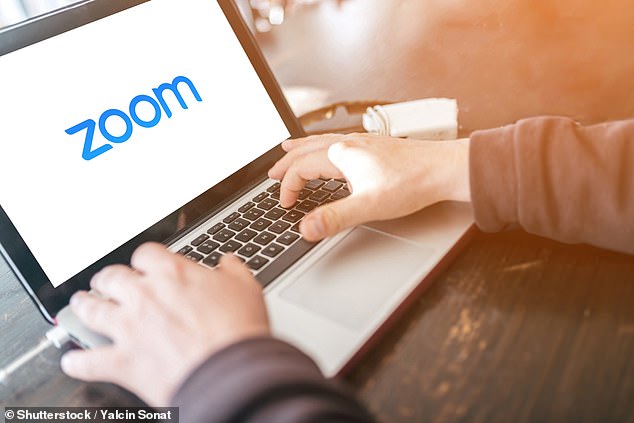 Taylor claimed there was a ‘melee with his puppy’, which caused his watch strap to become caught and ‘pull down his laptop screen to an angle which revealed his shorts’.

Bosses at the firm’s British subsidiary Tradition Management Services failed to recreate his explanation and sacked him, the tribunal heard.

Finance manager Taylor unsuccessfully sued the multinational brokers for unfair dismissal, but won a claim for wrongful sacking on a technicality.

The tribunal heard Taylor was fired in July last year, while the majority of the nation were working from home due to the Covid-19 pandemic.

On June 22, Taylor called Employee X on Zoom as he ‘had a few minutes to spare and saw her online’ before moving ‘his laptop camera to reveal the lower region of his body while wearing inappropriate clothing’ as they hchatted, the tribunal was told.

Employee X said the Zoom call left her in a ‘state of shock’ and she immediately texted colleague Laura Gosney, who urged her to report it.

Employee X said she had been sent messages on Instagram from Taylor which said ‘do you need sausage?’ and ‘sausage will make you feel better’, which made her ‘highly uncomfortable’.

When confronted, Taylor told bosses his teething puppy was to blame and claimed he was dressed in shorts as it had been a ‘hot day’.

A tribunal report said: ‘He stated he was working in his dining room with two entrances – a door adjoining his kitchen, where his daughters are usually completing their schoolwork with the assistance of his wife in close proximity, and a door to the hallway.

‘He was dressed in shorts as it had been a hot day and that, during the call of no more than three minutes with Employee X there had been a ‘melee’ with his puppy, which caused his watch strap to get caught and pull down his laptop screen to an angle which revealed his shorts.

‘He also provided a number of photographs, depicting in a pictorial format, the movement of his screen and of his home working computer/desk set up.

‘He also provided photographs of what appeared to be scratches on his hand and bite marks to computer cables – all of which he said were caused during this instance of a melee with his puppy.’

Taylor invited bosses to his home to look at his home working set up but employee X was ‘unequivocal’ that the camera movement was ‘in no way an accident’ and said it was was done ‘entirely deliberately’. 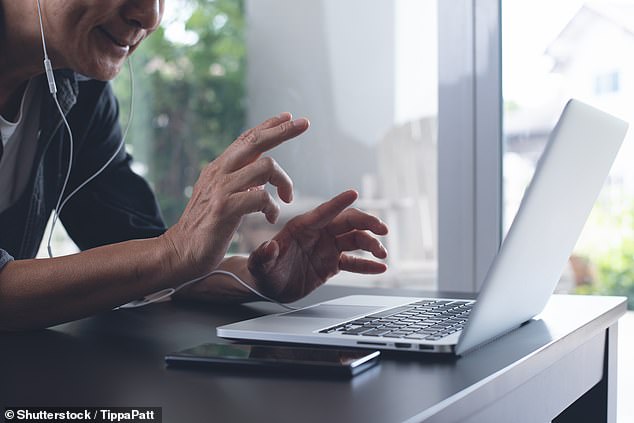 Taylor claimed there was a ‘melee with his puppy’, which caused his watch strap to become caught and ‘pull down his laptop screen to an angle which revealed his shorts’ (stock image)

The report said: ‘Employee X said their was ‘no puppy’ or ‘chaotic moment’.

‘She was adamant that, although it happened quickly, he was definitely wearing light coloured underpants and not shorts and that, as a result, she was able to see the flesh of his thigh and groin.’

Taylor claimed his Instagram messages were part of a ‘consensual’ exchange.

Ms Gosney, who Employee X messaged after the incident, said Taylor’s ‘inappropriate behaviour’ and sexual innuendos about ‘sausages’ became more frequent over the past year.

‘(He) had by this stage, as part of his investigation, tried to replicate the movement described by (Mr Taylor) several times but had been unsuccessful in doing so,’ the judgement said.

The panel ruled Taylor was not unfairly dismissed.

Employment Judge Navdeep Deol said: ‘The Tribunal’s view is that Tradition Management Services acted reasonably in finding that [Taylor] was guilty of misconduct and then treating that misconduct as a sufficient reason for dismissing him summarily,’ it said.

The judge added: ‘It acted entirely within the range of reasonable responses in concluding that the events of the Zoom call was an escalation of previous inappropriate behaviour as evidenced in communication [on Instagram].’

However, Taylor won a claim of wrongful dismissal on a technicality as Employee X did not give evidence at the tribunal.

Because of this absence of evidence, Judge Deol said the tribunal cannot conclude for sure that Taylor did what was alleged on the Zoom call.

He will be awarded three months pay for his wrongful dismissal claim plus two weeks pay for not being permitted to be accompanied at a disciplinary hearing.

Any additional damages are to be agreed between the two parties, the judge instructed.