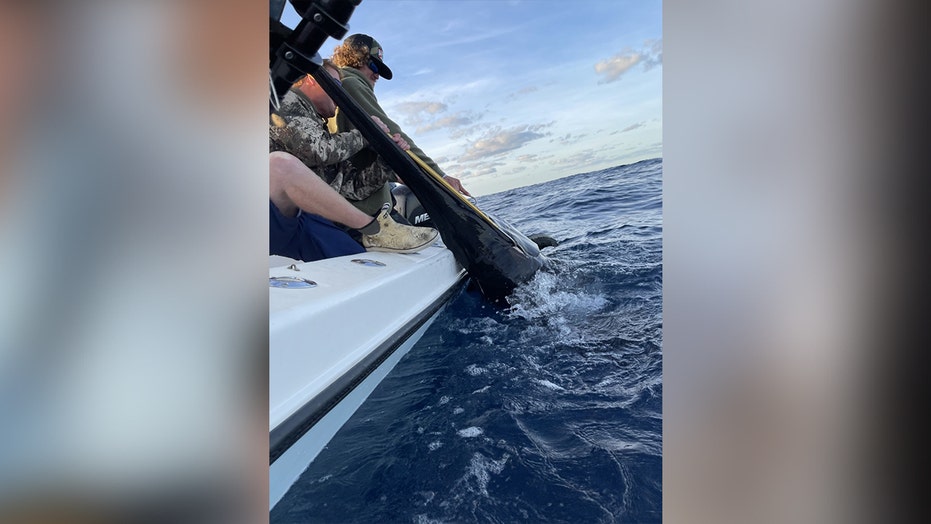 Aside from breaking the Florida record, the 767.8-pound, 107-inch swordfish was only a few pounds short of the U.S. record for largest swordfish, the South Florida Sun-Sentinel reported Thursday.

Irvine, from Fort Lauderdale, Florida, told the newspaper that he and his three friends decided to go fishing last week on a bit of a whim after they “heard that swordfish were biting,” the Sun-Sentinel reported.

TENNESSEE ANGLER SAYS HE CAUGHT POSSIBLE RECORD-BREAKING FISH, THREW IT BACK IN THE WATER 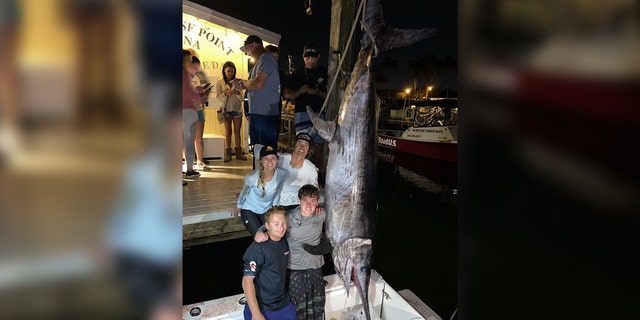 They were fishing about 18 miles out from Fort Lauderdale, with some choppy waves, when the “bait slacked up and the fish came all the way to the surface,” Irvine told the Sun-Sentinel.

“I was so nervous getting ready with the harpoon that my legs locked up,” he said. “I got a good harpoon shot and it was then that we realized what a true sea monster we had.” 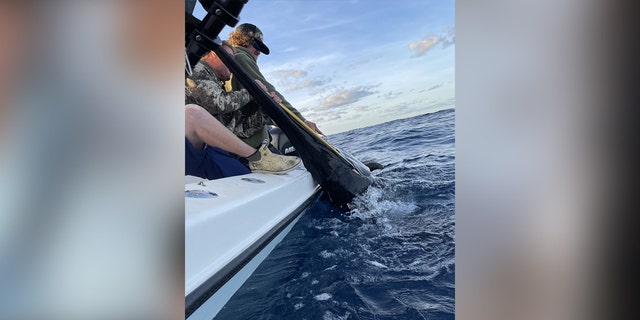 It took five hours to reel the giant swordfish in, according to Local 10 News.

“It was insane,” Johanson told Local 10. “Honestly, I just stared at the fish until it sunk in, like wow, this is a sea monster.”

Even though they were arriving back at the Lighthouse Point Marina after it closed at 8 p.m., Irvine had made arrangements to have their catch weighed when they got back. The certified scale showed the swordfish weighing in at 767.8 pounds, which beat the previous Florida record, according to the Sun-Sentinel. 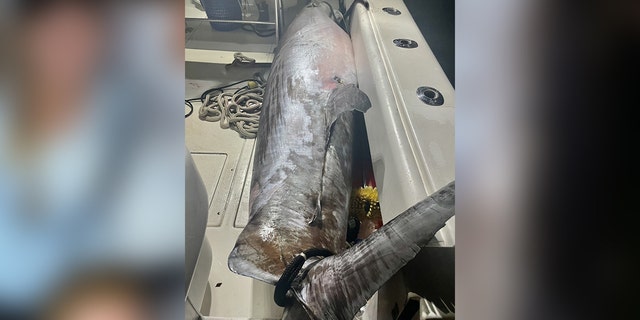 “This was an indescribable feeling and there is a good chance I will never see another swordfish that big in my life,” Irvine told the newspaper. “It’s amazing I was able to catch a fish that size at such a young age. We were just out there to have fun and catch a couple of fish.”

“It was pretty chaotic bringing a fish that size onto the boat,” he added. “I can only hope that I can top this catch someday. It is very cool to have the Florida record. Record or not it was great to catch a fish that big with my friends. The fish always tastes better when you catch it.”