EXCLUSIVE: Keep your eye on the ball! Football fan has surgeons install a TV so he can watch Poland in the World Cup as they operate on his ‘lower regions’

A football fan having surgery in Poland got ‘top-notch’ service after surgeons installed a TV set in their operating theatre so he could watch the World Cup.

The unnamed man had been taken to the hospital in the city of Kielce on Friday where he was to undergo surgery for his lower regions.

He then reportedly asked the surgeons if he could continue watching the match between Wales and Iran.

The surgeons then wheeled in a large flat screen TV which they positioned in the corner of the operating theatre. 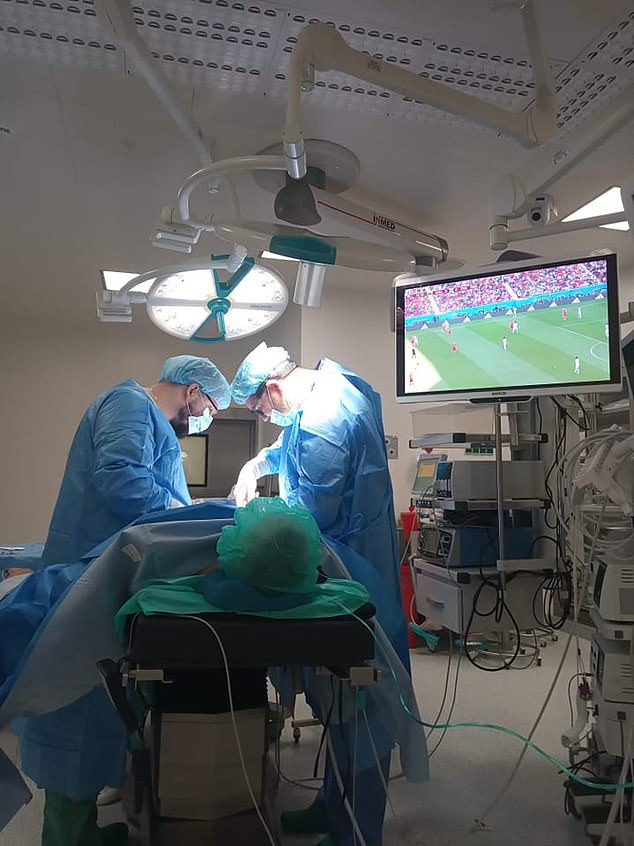 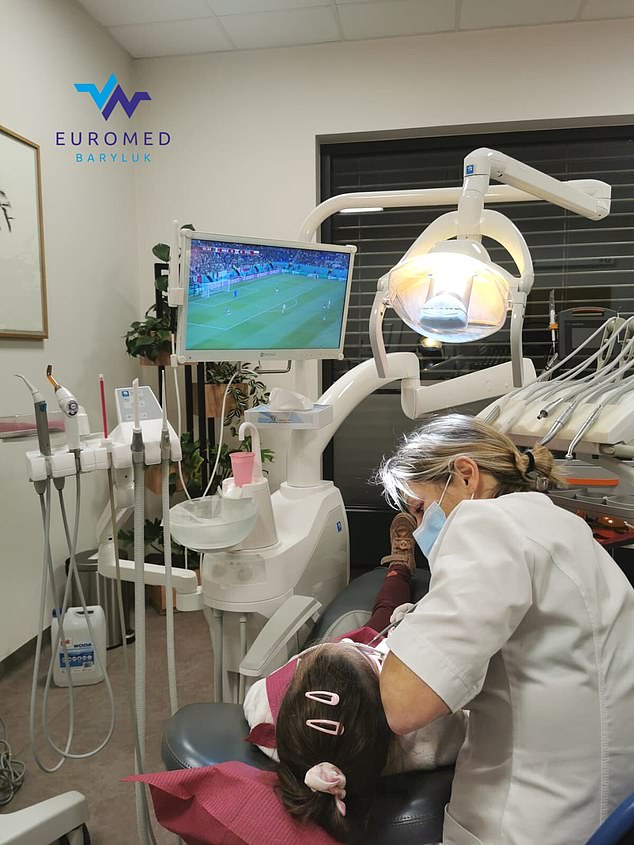 After giving the man a spinal anaesthesia they got on with their job and let him watch the game.

Posting on social media, the hospital wrote: ‘Our patients really get service’.

The hospital added: ‘All gentlemen under spinal anaesthesia are delighted.’

Spinal anaesthesia, which numbs the body from the waist but can keep the patient awake, is often used for genital, urinary tract, or lower body procedures.

The anaesthetic can last time up to three hours, which gave the patient enough time to see Wales lose 2-0.

In response to the hospital’s social media post, a dental surgery 120 miles away in the town of Gliwice put up a photo of a man having his gnashes done while watching an earlier match.

In its reply the dental clinic wrote: ‘In our place, Poland and Mexico were playing.’

It added: ’In reference to the photo of [the hospital] in Kielce, we announce that dental patients also have great service during the World Cup.

‘All fans are invited.’