FOOTBALL fans will be monitored with tracking devices to help pack fans into stadiums under new plans.

Hi-tech solutions to measure social distancing are being considered to help   clubs starved of cash. 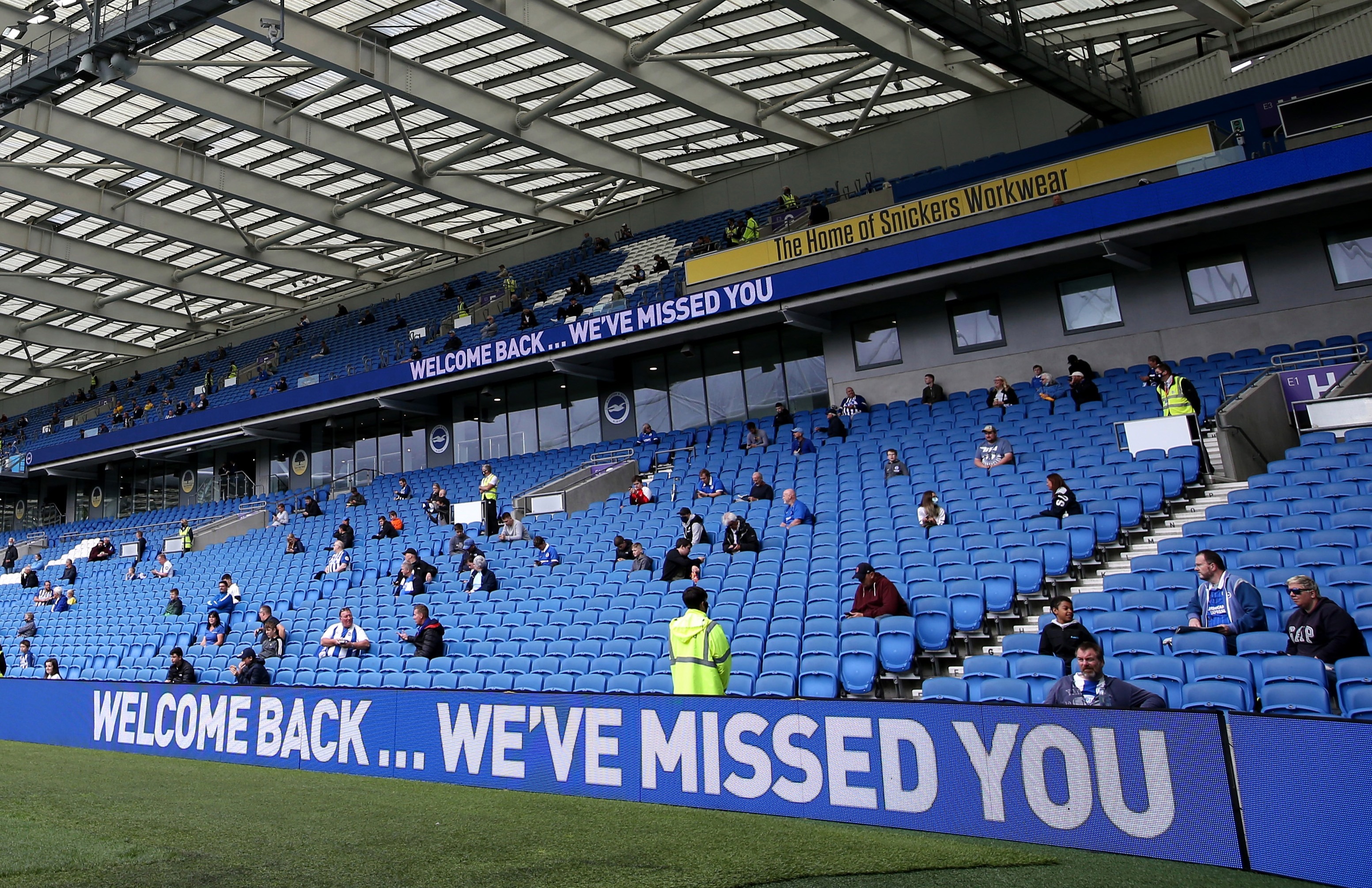 A crack team of sport, health and tech experts will now work with major sporting bodies to boost numbers in grounds.

Fluorescent disinfectants could also be brought in to monitor which surfaces have been touched the most.

Innovative technology will also be used to assist in safe travel and reduce crowding on journeys to venues.

Premier League bosses are looking at a similar scheme such as “clinical passports” with tickets only being sold after getting the COVIF-19 all-clear.

Technology being used abroad has already been used by Brits including a QR code given to all tourists arriving in Greece.

They have to show the barcode on landing to officials having filled out a form at least 24 hours in advance – and could be refused entry without it.

Culture Secretary Oliver Dowden set up the group which will liaise with the Premier League, cricket body ECB and ground safety regulators.

The Sport Tech Innovation Group will also  help get people back in theatres, cinemas and music venues and include the expertise of  Deputy Chief Medical Officer Jonathan Van Tam.

It comes after 2,500 fans attended a game at Brighton’s stadium yesterday- but Wembley sat empty for the Charity Shield.

As part of the government road map, fans have been told they should be back in stadiums by the start of October.

A series of live pilots will kick off including basketball and rugby following snooker at the Crucible in Sheffield and cricket at the Oval.

Top flight clubs are thought to have lost £850 million last season mainly due to the loss of income on match days.

Mr Dowden last night said: “Sport’s economic health depends on their return to stadiums too.  But this pandemic isn’t over, and we still face a number of challenges.

“We need to look carefully at the practicalities of opening things up – like how fans can travel safely to and from stadiums, as well as being safe in those venues.”

He added: “Many experts helped get sport back on behind closed doors when that looked difficult earlier this year.

"And I believe they can help us unlock the next challenge.”

It’s been a long time coming. But football fans are finally getting back where they belong: taking their seats in the stands.

Yesterday two and a half thousand Brighton supporters filed through the turnstiles for the first time in months to watch a pre-season friendly against Chelsea at the Amex. 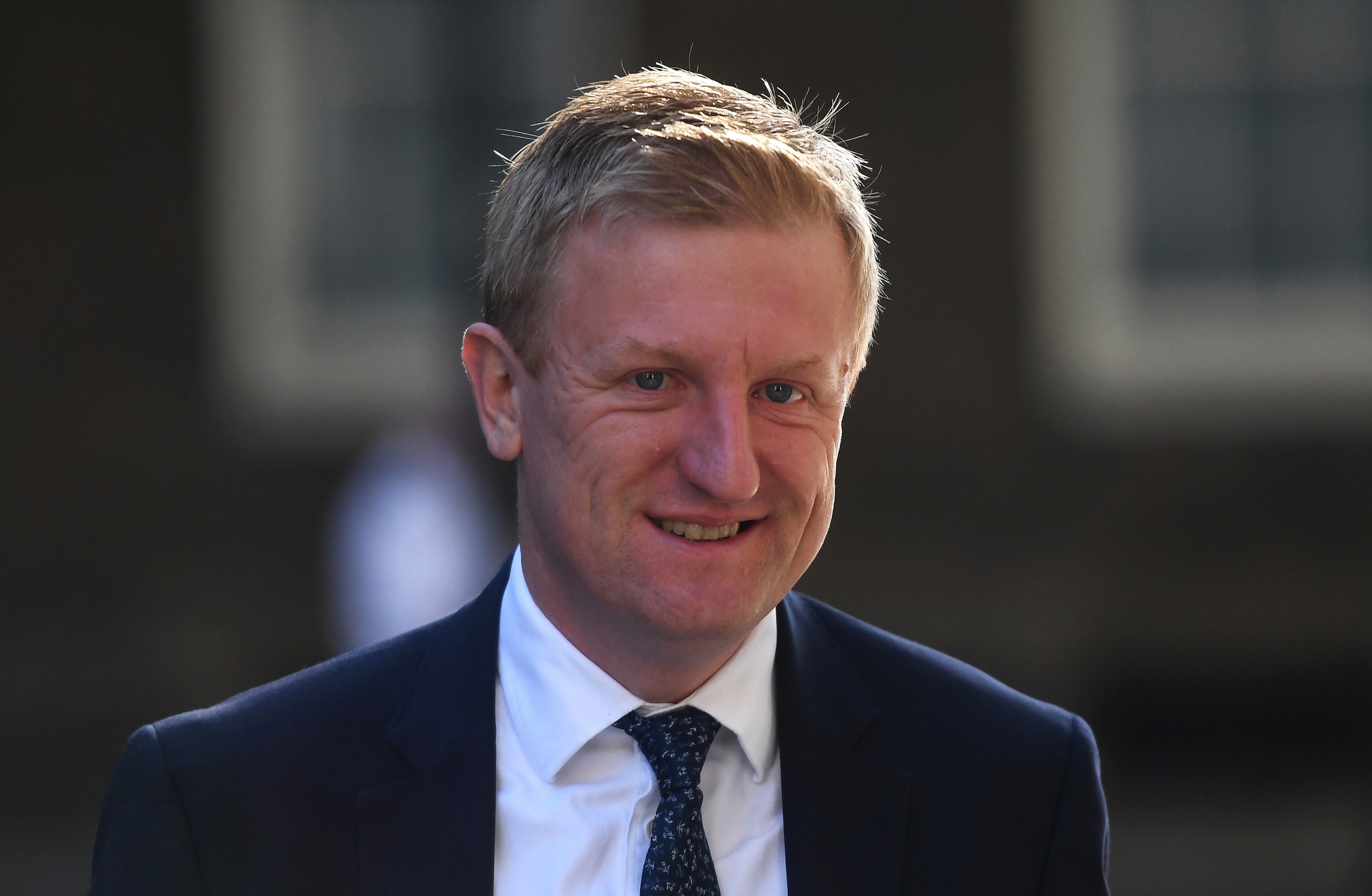 The match kicked off the latest series of live pilots – which include basketball, rugby and other sports – and followed successful trials at the World Snooker Championships at Sheffield’s Crucible, and cricket at Edgbaston and the Oval.

I’m doing everything I can to get fans back in the stands, following the teams and enjoying the sports they love. Sport’s economic health depends on their return to stadiums too.

But this pandemic isn’t over, and we still face a number of challenges. We need to look carefully at the practicalities of opening things up – like how fans can travel safely to and from stadiums, as well as being safe in those venues – which is why these pilots are so important.

We’re starting small and we’ll keep learning as we go. But if we want fans back at sport fixtures across the country from October 1, as the Prime Minister set out in our recovery roadmap, we’ll need to be creative too.

And that’s where tech comes in. Today I can reveal we are forming a crack team of sport, health and tech experts called the Sport Tech Innovation Group, who will work with sports bodies including the Premier League and ECB and the ground safety regulator to explore high-tech solutions that can get fans back into venues in greater numbers.

That kind of tech could include tracking devices to measure social distancing between fans, and fluorescent disinfectants to reveal how often surfaces are touched. Or innovative tech to assist in safe travel, and reduce crowding as fans make their way to venues.

This isn’t just about sport. We desperately need people back in our theatres, in our cinemas, in our music venues. This group will feed into this crucial work too.

Many experts helped get sport back on behind closed doors when that looked difficult earlier this year. And I believe they can help us unlock the next challenge. Deputy Chief Medical Officer, Professor Jonathan Van Tam will be working with us as part of the group.

This weekend has been an important milestone in the recovery of sport, and I commend the clubs, players, stewards, emergency services and everyone else for their hard work to get us this far.

We’ve blown the starting whistle on fans returning safely, but our work is not done until every fan is back where they belong.

08/30/2020 World News Comments Off on Footie fans to be monitored with trackers in bid boost numbers in grounds
Recent Posts
We and our partners use cookies on this site to improve our service, perform analytics, personalize advertising, measure advertising performance, and remember website preferences.Ok