A FORKLIFT driver flipped his car after an alleged assault at a farm following reports of a row over a car blocking a country lane.

The farmer who allegedly hauled away as the horrified motorist looked on had been driven to distraction by day trippers, The Sun can reveal. 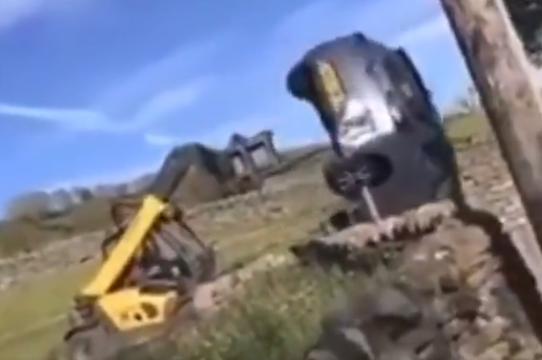 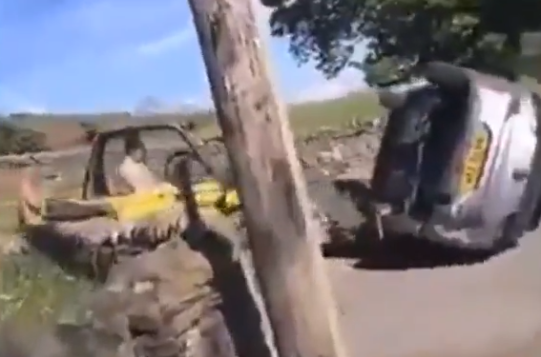 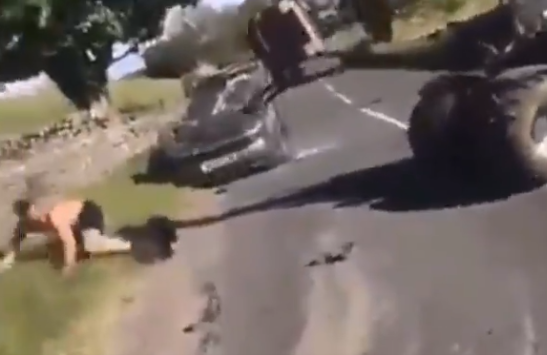 The heatwave and lifting of restrictions has seen a surge of people visiting the countryside.

And the fed-up farm worker finally flipped when he spotted yet another car parked near the entrance to his yard.

He leapt into the cab of his telehandler and drove at the Vauxhall Corsa, shoving it down the lane towards the main road as stunned onlookers video the fracas.

Footage of the shocking incident — showing a shirtless man kicking out in a vain attempt to stop the farmer — went viral with millions of views.

The car gets pushed out onto the road leaving broken glass and other debris behind.

And as the farmer reverses at speed to head back to his yard the spikes at the front of his machine slam into the man, knocking him to the ground.

The violent confrontation happened at 5.45pm on the track leading to Brockersgill Farm, Newbiggin, Co Durham, which is run by Robert Hooper, 57.

He refused to talk about the incident yesterday, telling The Sun: "Leave my property." 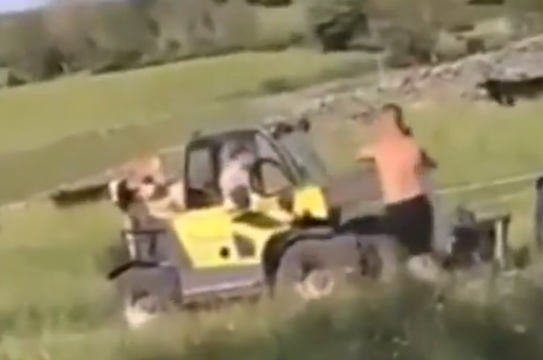 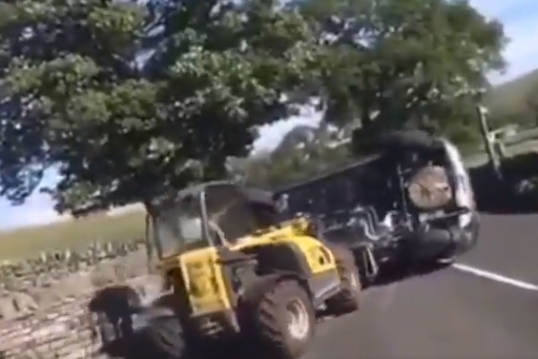 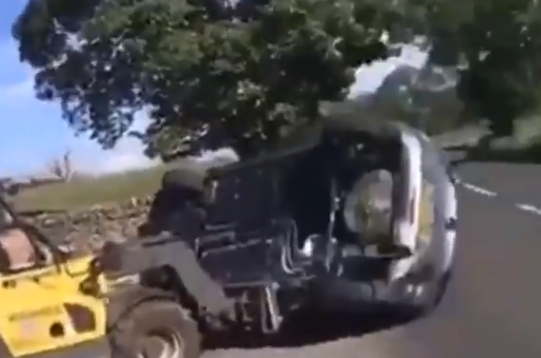 But a woman relative later explained that local residents had been left at the end of their tether with day trippers flooding into the area.

She said: "Before the incident that was caught on camera there was an assault on someone from the farm but of course that was not filmed.

"These people parked their car on the drive to the farm and were asked numerous times, very politely, to move.

"The outcome was what happened and what everyone has now seen but there was a lot before that.

"Locals here are sick of youths coming into the area in cars.

"There were cars being raced along the road just before the incident, which was extremely dangerous."

She declined to say who was driving the forklift at the time of the incident and added: "It is a criminal matter now, so I’m not saying anything more."

But a pal of the motorist said he had only been there a short while after pulling over following a minor collision.

The friend said: "He said there was a bit of a bump before that and he moved the car out of the way. Within two minutes the farmer has come over and gone crazy."

Police were called to the scene and are now investigating the incident, although no arrests have been made.

A spokeswoman for Durham Police said: "We were alerted to reports of an incident at a farm in the Teesdale area shortly after 5.45pm on June 5.

"Officers attended the scene and an investigation into the circumstances is ongoing."