BORIS Johnson desperately wants to rip up Plan B restrictions at the end of the month as he faces three main paths to freedom.

The PM is anxiously watching the Omicron strain on the NHS before deciding if he can axe working from home and mandatory masks. 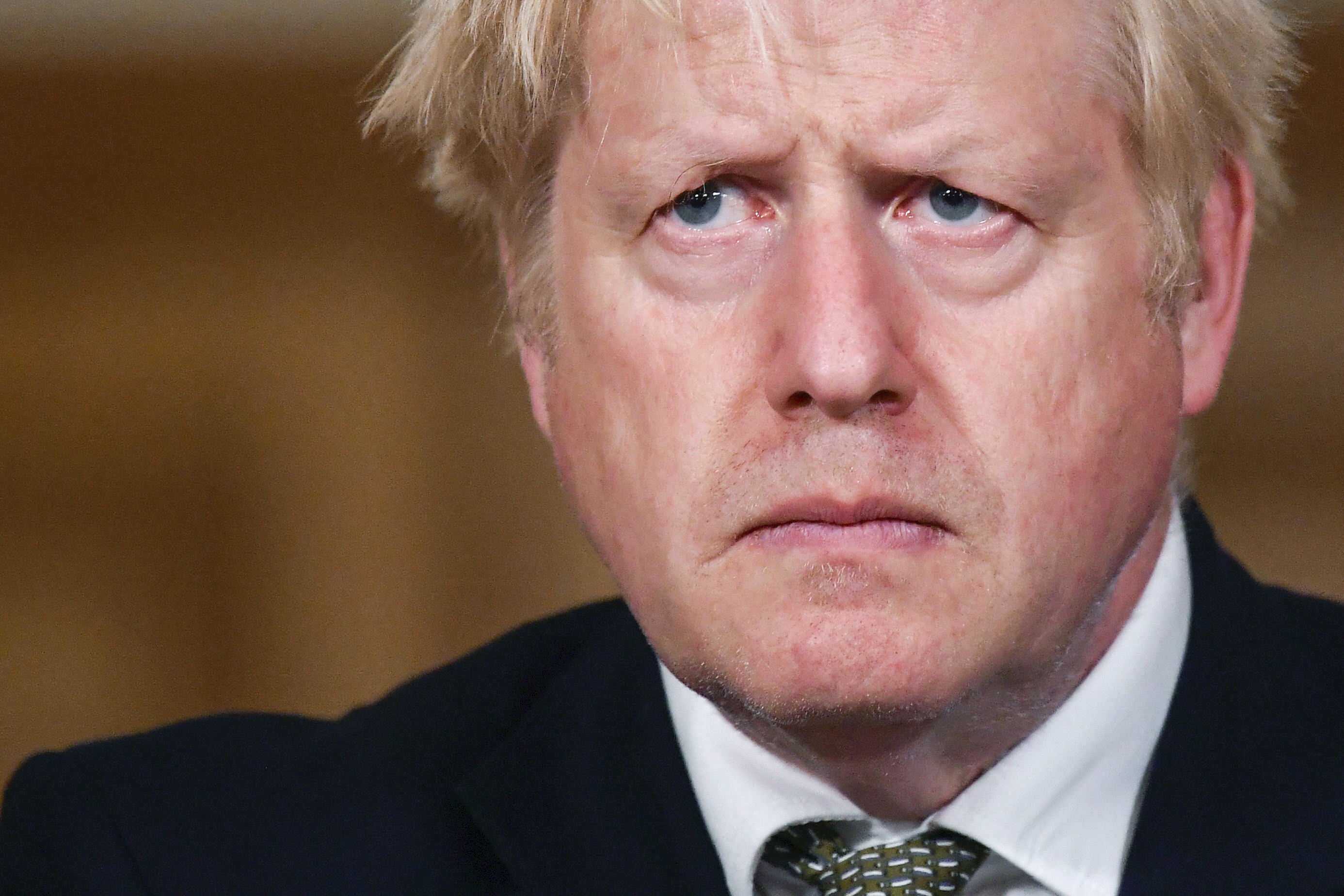 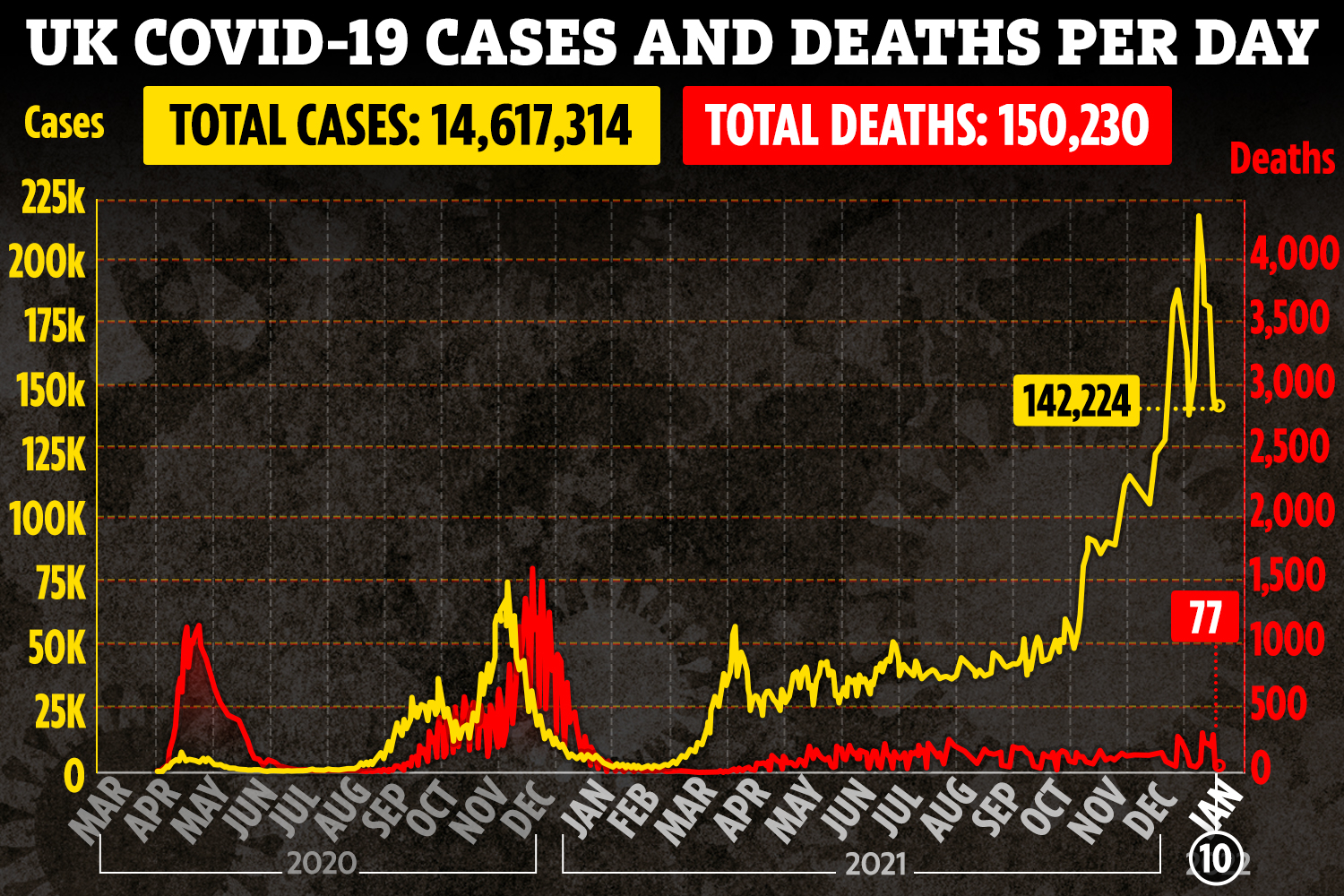 Ministers are praying that hospitals can tough out a surge in Covid patients so the remaining rules can be scaled back or scrapped altogether.

Although Omicron is much milder than previous variants, the sheer volume of cases has pushed up the amount of people needing treatment.

If the health service struggles to keep its head above water Brits could have to stomach restrictions well into February.

But insiders are increasingly optimistic Plan B WILL be left to expire on January 26 when a decision is due.

It leaves the PM with three levers to pull when he is forced to act in a few weeks time.

Ministers are growingly confident that they can ditch Plan B on January 26 when the rules are set to expire.

Mr Johnson last week expressed his desire to take the country "much closer to normality" amid pressure from backbenchers.

GO WITH THE FLOW

Doomster calls from scientists for more restrictions are also fading, with NHS chiefs reporting the strain on hospitals is not as damaging as first feared.

It comes as encouraging studies show boosted Brits are dramatically less likely to end up in hospital, as much as 90 per cent.

🔵 Follow our Covid live blog for all the latest updates

If they cope OK then the country can "look forward to the progressive lifting of restrictions", he said in a boost for freedom.

Insiders also reckon Plan B will be abandoned because Mr Johnson has little appetite for the political battle needed to extend them.

Keeping them into February would require a fresh vote in Parliament that would likely trigger another embarrassing rebellion.

More than 100 Tory rebels gave the PM a bloody nose last month when they voted to block the plan.

Conservative MPs are increasingly hopeful the PM WILL ditch Plan B and put Britain on a path where we learn to live with Covid.

The second option is for the Government to keep just some aspects of Plan B but pare back others.

Mr Johnson could scrap vaccine passports, working from home orders and mask-wearing except for some areas.

Masks were made mandatory in shops and on public transport before becoming more widespread so ministers could revert to this.

However, Education Secretary Nadhim Zahawi has said he wants face coverings removed in schools by the end of the month.

Vaccine passports could be kept to encourage people to get their jabs, as the definition of fully-vaxxed is set to switch to all three doses.

STICK TO THE PLAN

If the numbers start to spiral in the wrong direction the PM could slam the brakes by keeping Plan B in place for longer.

Ministers are currently in a holding pattern waiting to see if the uptick in hospitalisations brings the NHS to its knees while spiking the death rate.

Patients admitted to hospitals are up 43 per cent on last week with around 2,000 daily admissions.

Downing St is also concerned that take-up rates for boosters have dipped after Christmas, while roughly 90 per cent of ICU patients are unvaccinated, Mr Johnson has said. 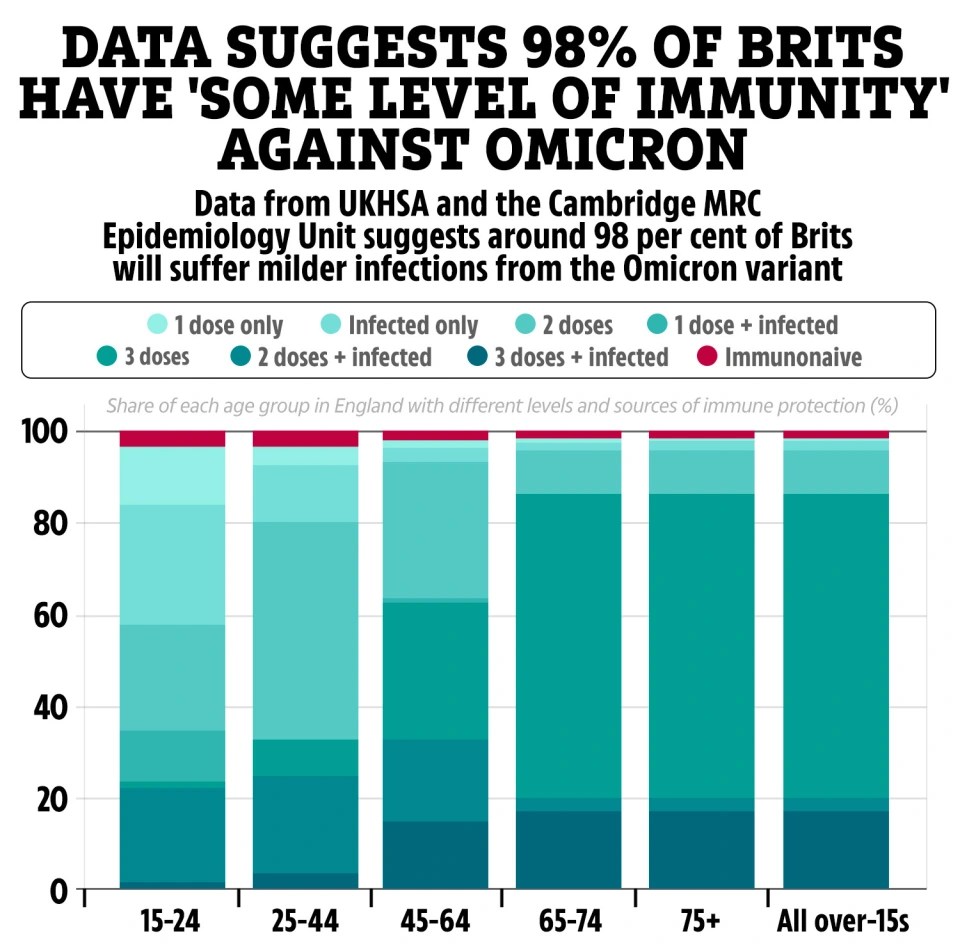