A FURLOUGHED hair salon worker makes £12,000-A-DAY after starting a business from his bedroom during lockdown.

Ben Gulliver is set to become a millionaire at the age of just 20 by flogging exercise equipment and DIY teeth cleaning products online. 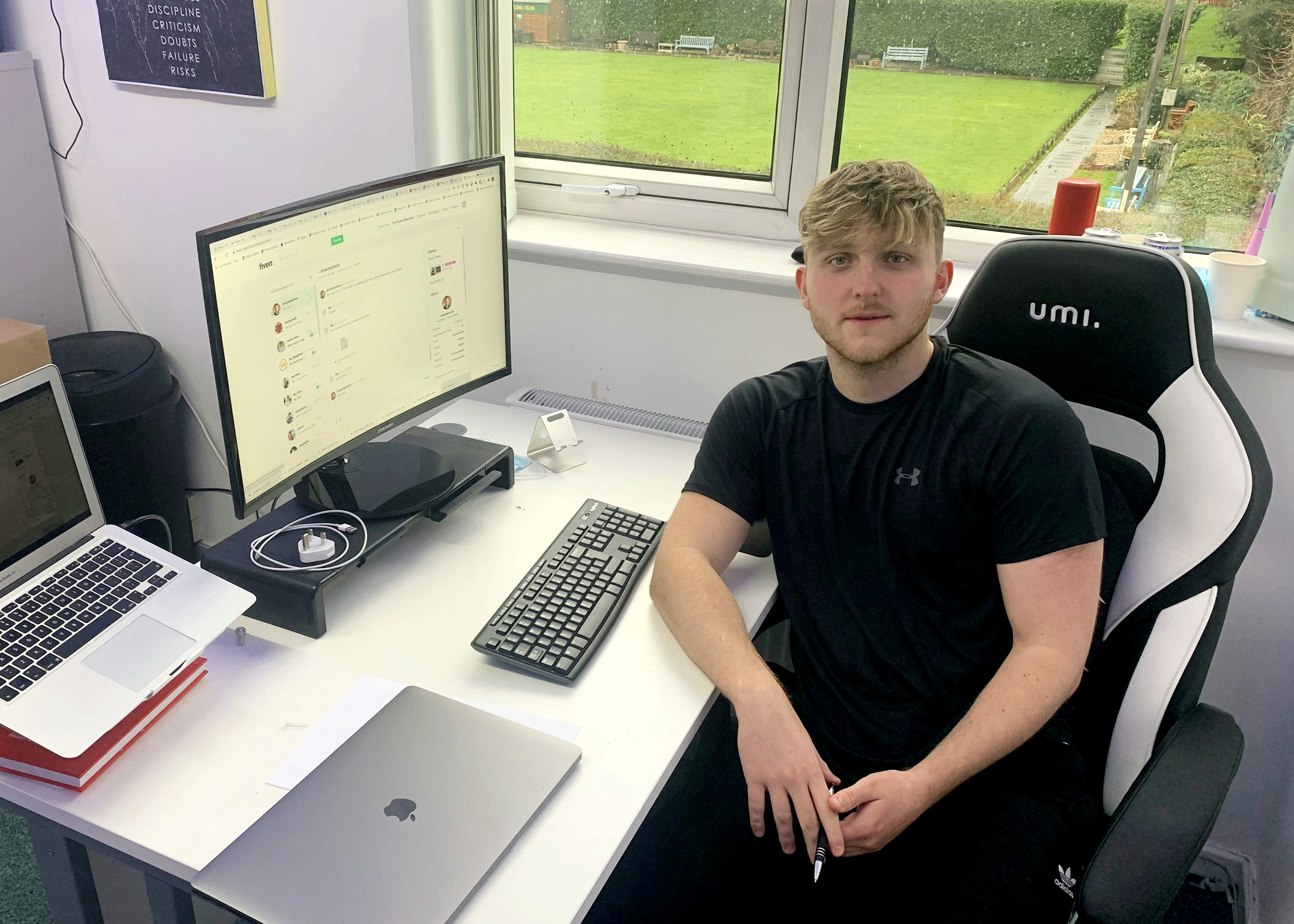 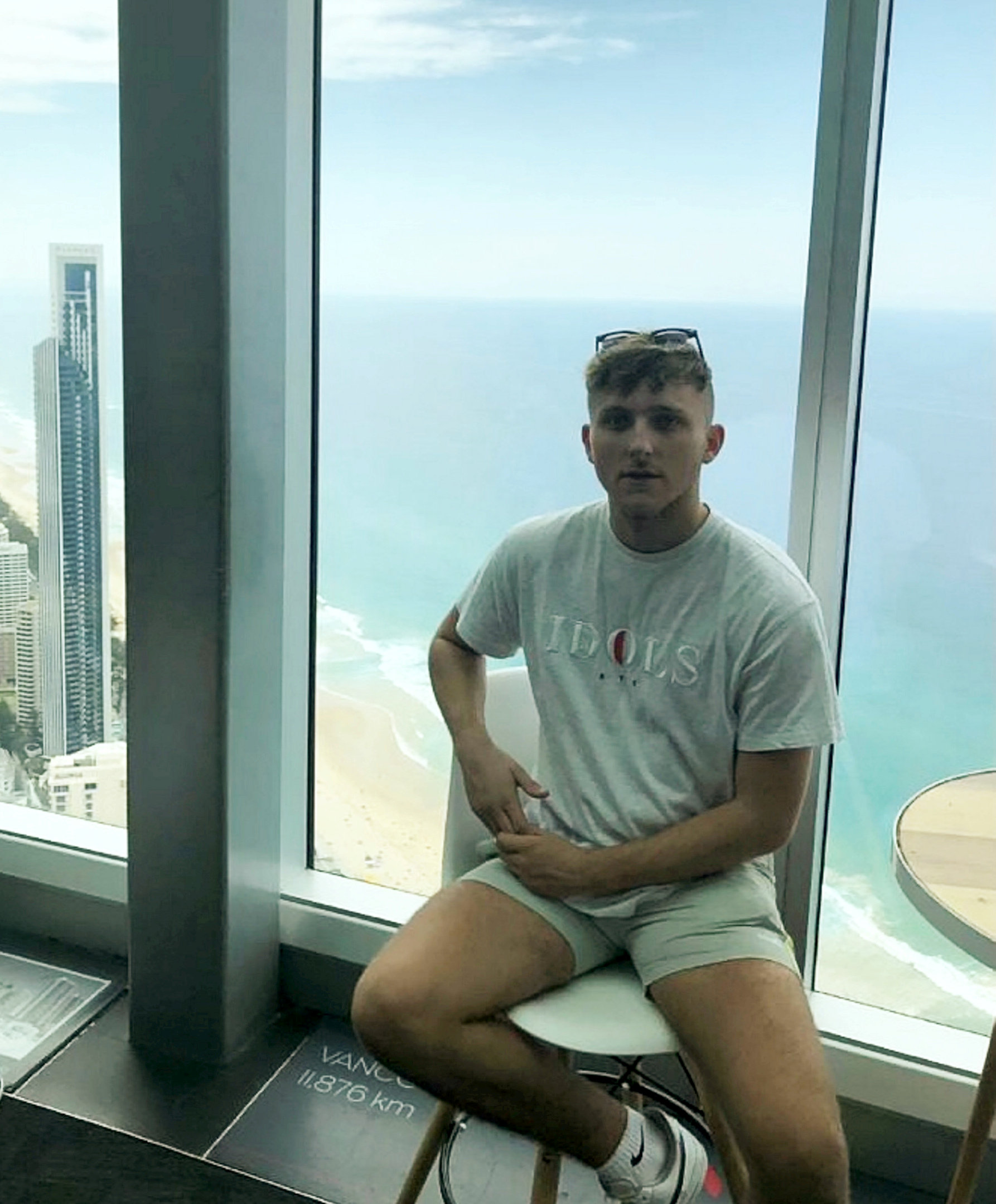 The young entrepreneur decided to follow his dream of starting his own company when he was furloughed as a consultant at a hair studio in Romford, East London.

The next month, with dentists being closed, he started selling teeth cleaning devices bought from China – and was soon coining in £12,000 a day.

He then sold that business to an American investor for a five-figure sum and continued trading in gym equipment and other high demand goods via Amazon.

The self-taught businessman has managed to turn over huge profits in just 10 months with just a laptop, phone and the internet at his disposal.

He has been storing his stock in the garage of his parents' home in Kidderminster, Worcestershire, but has now opened an office in nearby Bewdley as his business expands.

Ben, who set up his firm last April, said: "I wasn't really enjoying my job selling hair transplants to people and when we were furloughed I thought 'I've got to go for this'.

"It was the perfect time. I started researching on YouTube to see what business ventures I could do.

"I started thinking what people will need during lockdown and my first idea was buying and selling a teeth plaque cleaning device as all the dentists were closed.

"On my best days I was making £12,000 a day with that product. I sold that business for a five figure fee to an American firm around October.

"I carried on selling exercise equipment as people had been working out more from home with the gyms being closed.

"I was storing the stock in my parent's garage.

"Now I've made some money I will probably look to move out."

Ben has now employed a mate to help him with his endeavours – dealing with customer service in the "two man band."

The 20-year-old added: "I've made over $1 million so far, that's revenue rather than profit but I'm amazed how it has taken off.

"We distribute via Amazon and we sell globally – from the USA, Africa to Asia.

"It has been a real adventure so far. It shows how much can change in a year."

Ben showed an entrepreneurial flair from a young age selling 15p lollipops for £1 as a schoolboy and at 14 he was making £1,000 a month trading clothes online.

He left school at 16 and did not go to university – instead he got a work placement with Neil Westwood, whose Magic Whiteboard business is one of the biggest success stories from BBC's Dragons' Den.

Ben added: "I don't really believe in university for business – you just have to get out there and do it.

"I worked for Neil for two years. It taught me so much. I was always keen, asking questions about business.

"I always knew I wanted to work for myself from a young age.

"I now want to get a property portfolio together now, I'd like to buy houses, do them up and sell them on. That's the next step for me."

Ben is now urging others thinking of starting their own businesses to never give up on something they are passionate about.

He added: "I don't want this to be seen as bragging, I want to get the message out there that anybody can do this if you put your mind to it.

"I want to help young people start up their businesses and give them advice. All they need is that push to get started.

"As long as you have a laptop or a phone and the internet, you can create a business – I managed to do it from my bedroom at my parent's home.

"My advice to those wanting to follow their dreams is never give up on something you're passionate about." 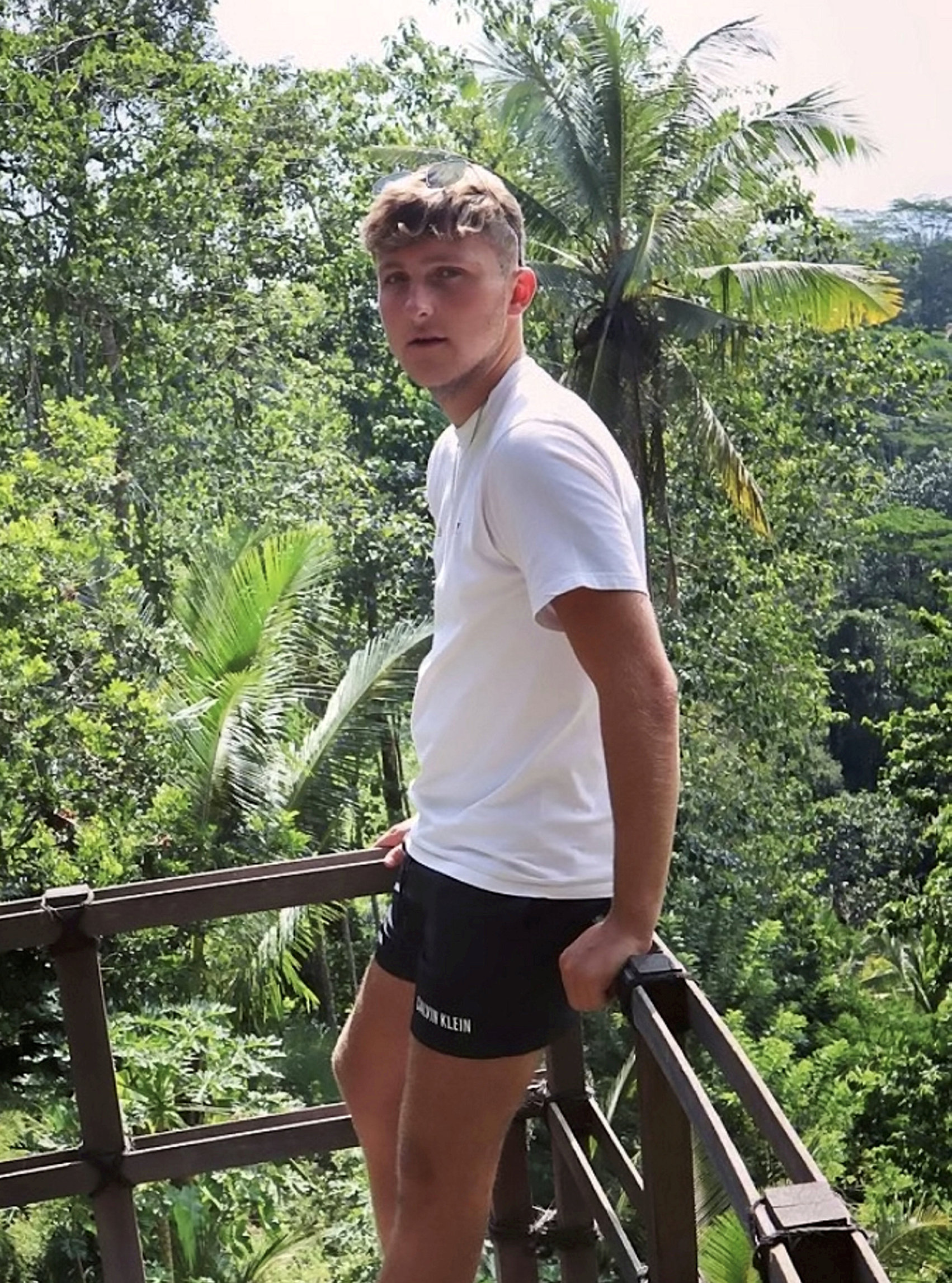 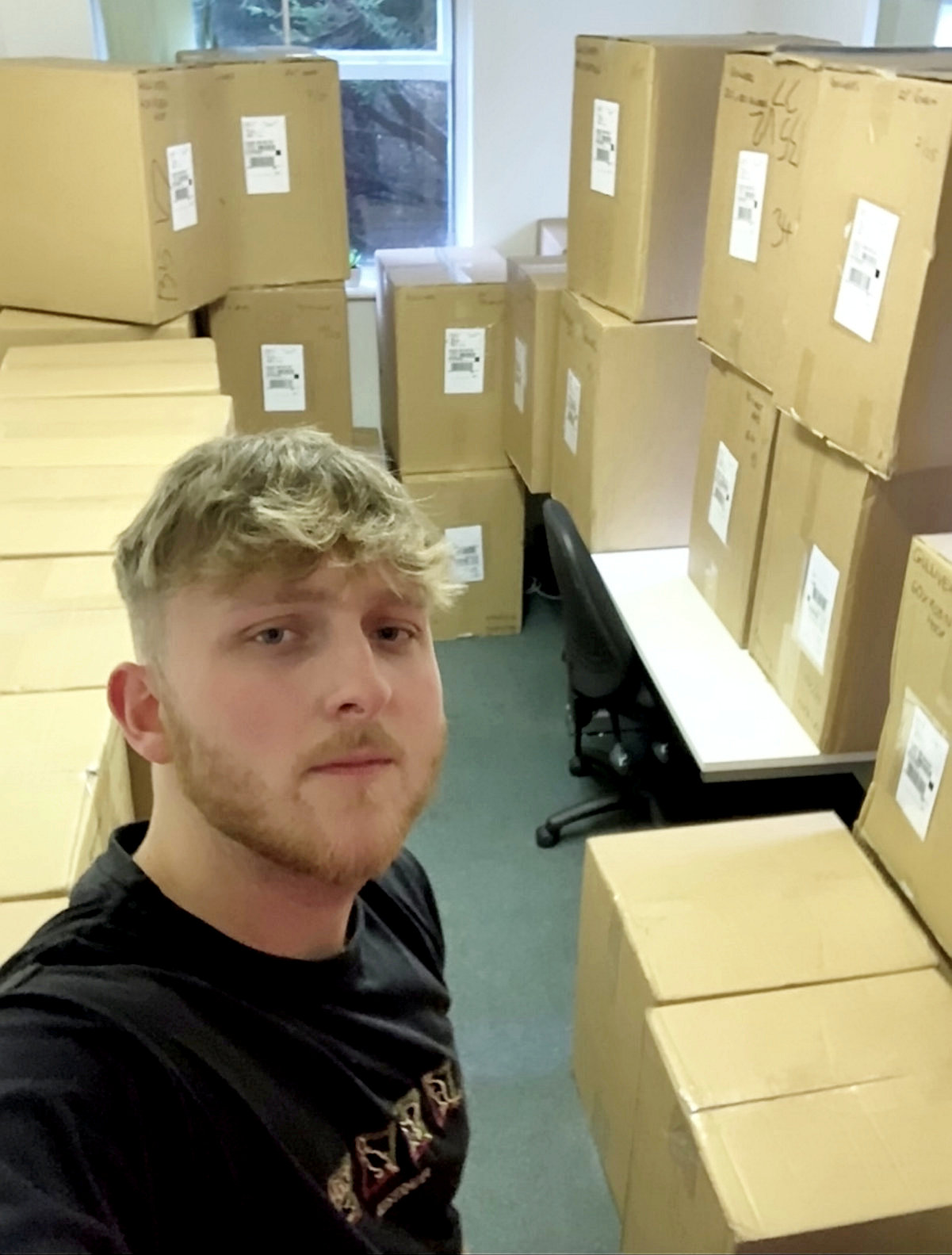 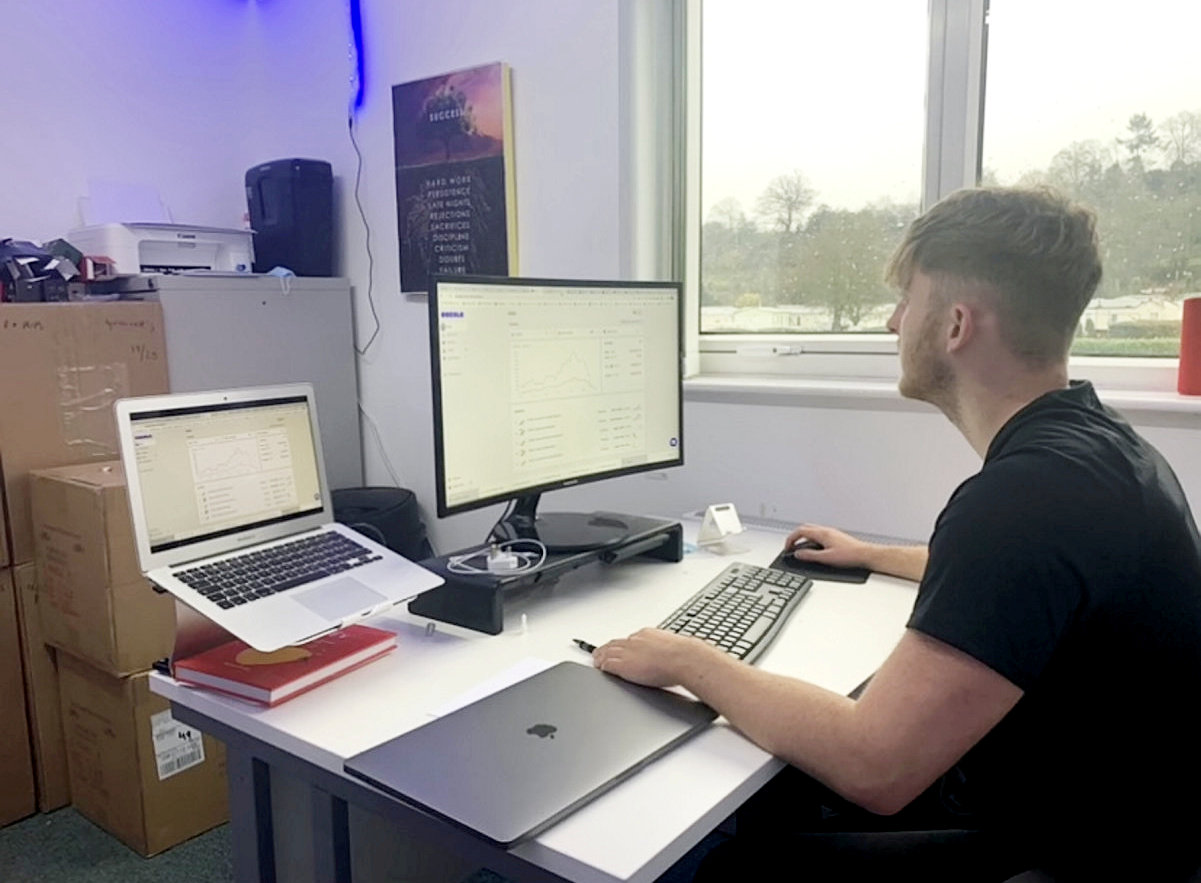