A GROUP of "disrespectful" fishermen were slammed for gloating about pinning down a shark down and using its teeth to open a can of beer.

Keen hunters Wyatt Dallison and Cody Scott filmed themselves holding the terrified fish's jaw so one of them could smash open a beer on it. 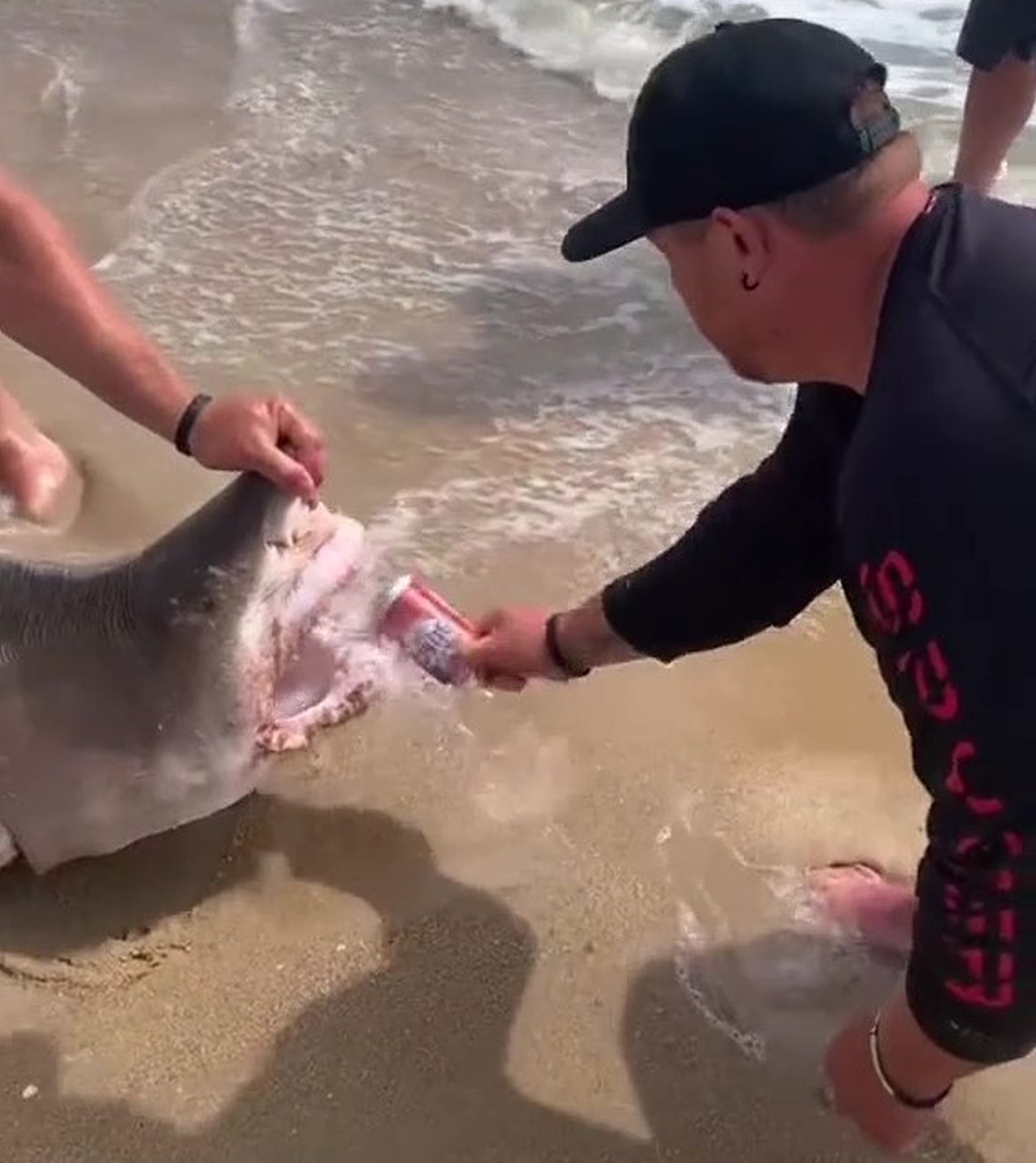 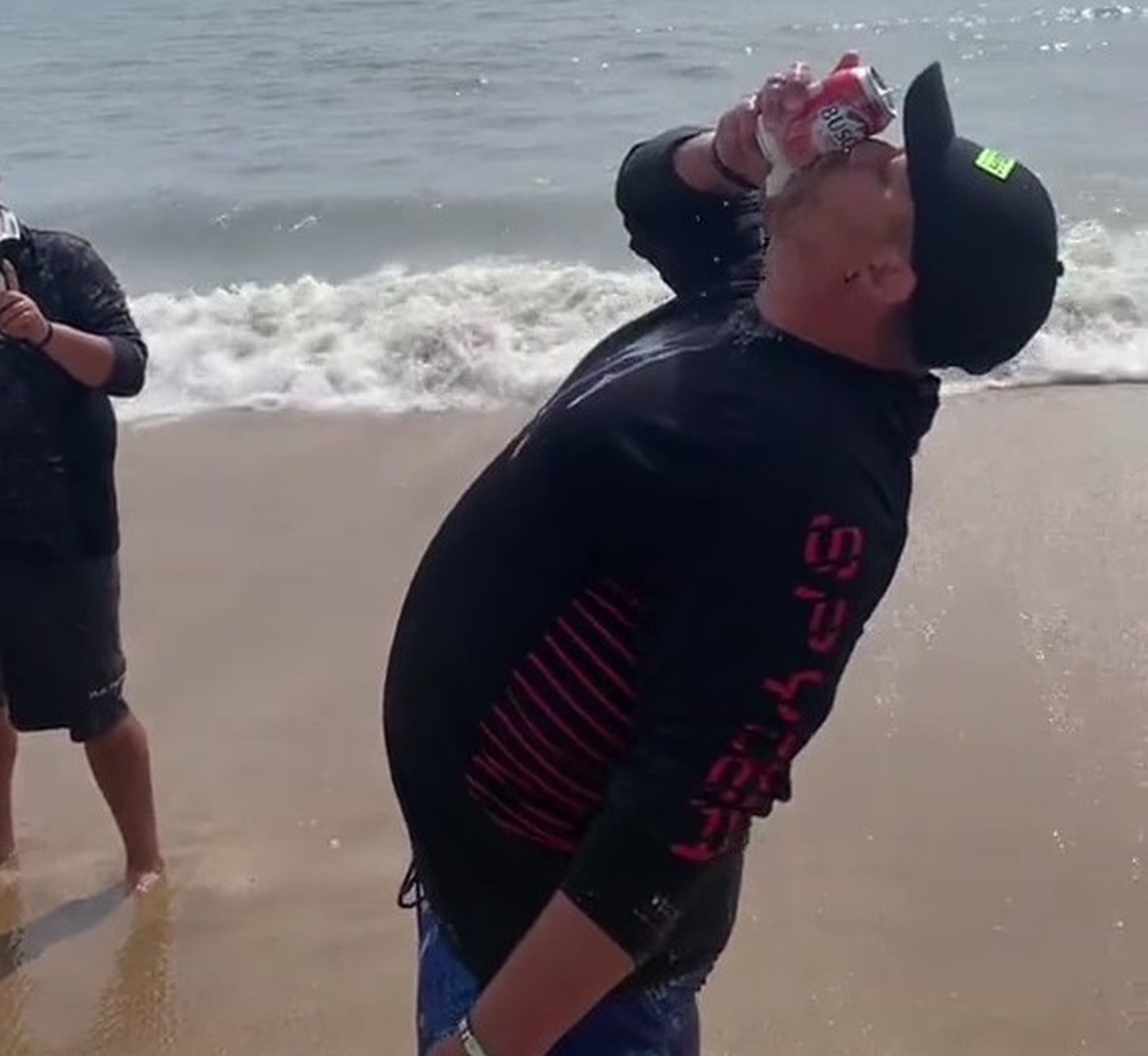 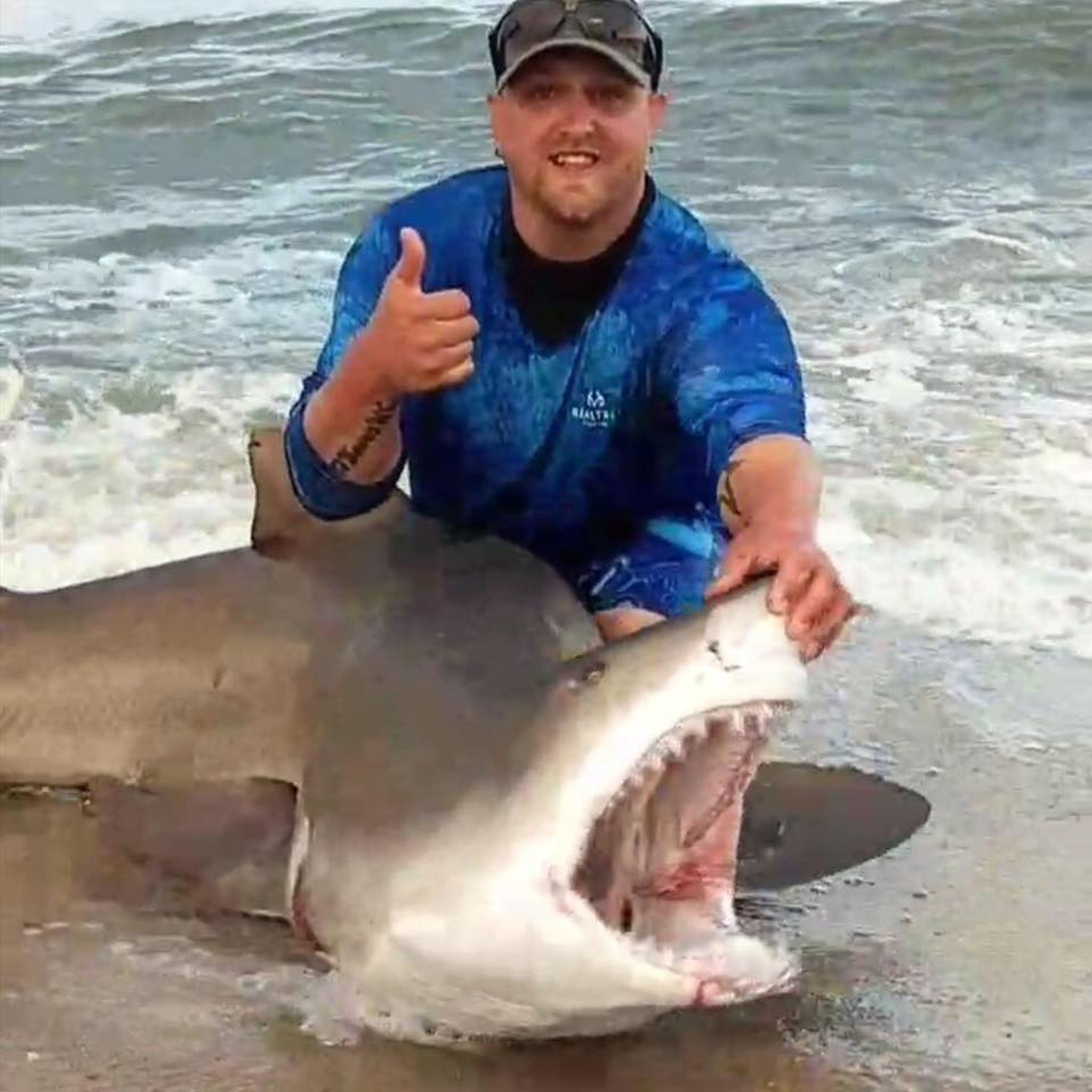 The friends were fishing on a Florida beach when they caught what's believed to have been a sand tiger shark and decided to use it as a living can opener.

The petrified shark, gasping for air, recoils backwards with the impaled can stuck on its bottom jaw until it manages to shake it off and Cody proudly picks up his Busch Light Apple can to drink from the hole.

A third fisherman, who grins while he also records the controversial act, then fistbumps Cody as they both appear to laugh at the defenceless shark still being held on the beach.

Furious animal lovers were quick to condemn the clip after it was posted on YouTube on Monday, with many slamming the behaviour as "disrespectful" and "abusive".

When approached by reporters about the stunt, Wyatt admitted it "probably wasn't the greatest idea," however he brushed off the incident as "just a bit of fun".

Cody admits he was warned by the game warden about the clip and the US's National Marine Fisheries confirmed it is illegal to remove a protected shark species from the water – though it remains uncertain if the fish was a protected sand tiger shark.

Cody, from Pine Grove, West Virginia, said: "Absolutely no sharks were harmed in that video.

"Yes it is illegal to take a shark out of the water. I got a warning from the game warden after the video was taken for it.

"I didn't know at the moment, but I do now so no more sharks will be taken out of the water by me. They have to be dehooked or leader cut in knee-deep water."

Wyatt, also from Pine Grove, West Virginia, said: "Of course we are not trying to hurt any fish, but I can understand how people can see this as disrespectful.

"It probably wasn’t the greatest idea, but you know at the end of the day we did everything we could to make sure that shark was ok.

"We were trying to keep it in the wash so it still gets water in its gills, but people are allowed to think what they want. It was just a bit of fun."

OutdoorChaos, a channel made by the pals, posted the video to TikTok on May 26 before posting it to YouTube this week, titling it "had to get shotgun in there" and commenting to claim they hope the video "blows up". 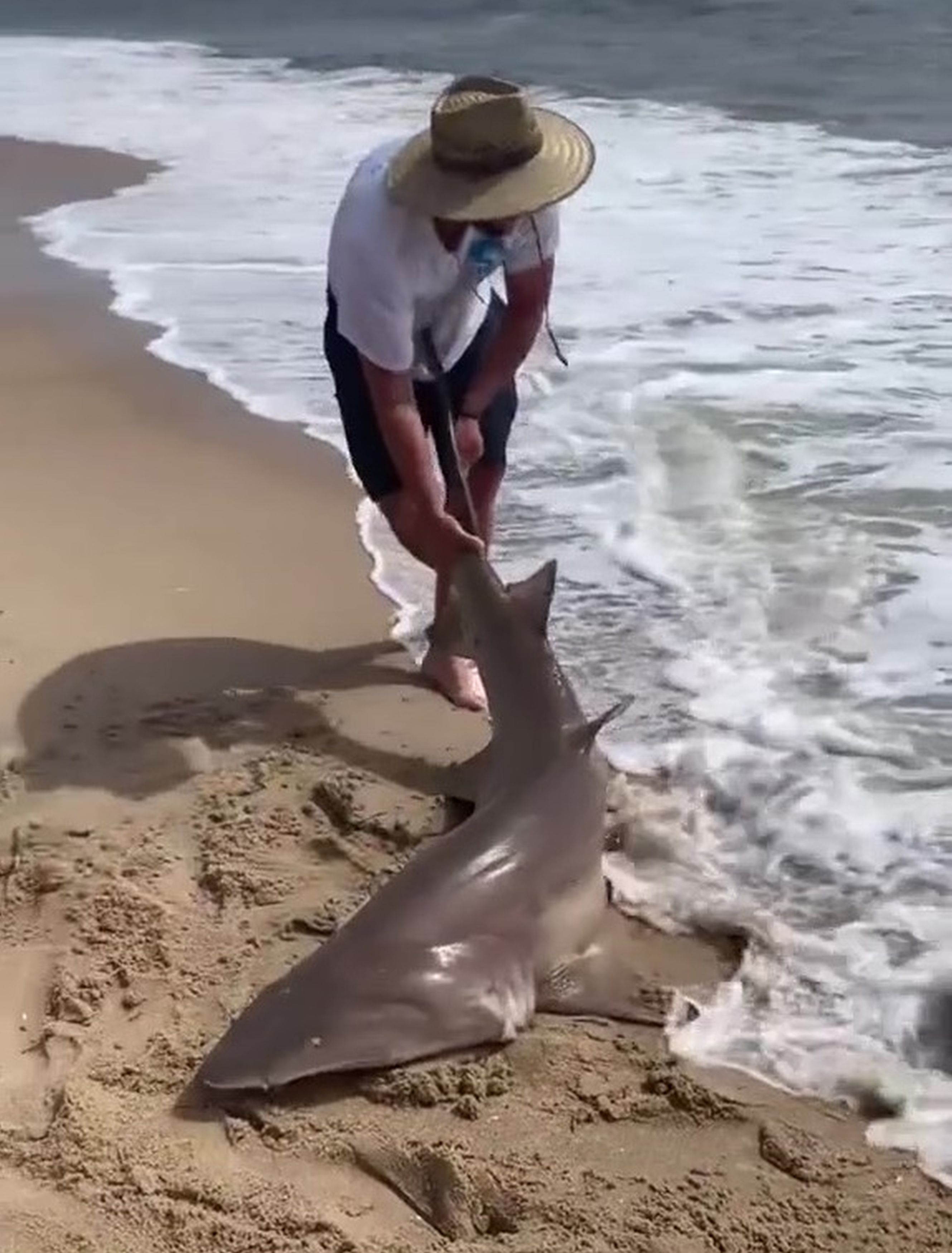 'THIS IS JUST DISRESPECTFUL'

The channel's controversial post has racked up more than 62,000 views and received more than 147 comments, with many expressing their annoyance at the "disrespectful" act.

TikTok user Screwballjoe said: "Taking a sand tiger out of the water. Illegal. Recorded yourself doing a crime. Brilliant."

An anonymous user added: "My brother's friend did this and got fined $5,000."

Another added: "I love fishing but this is just disrespectful to the fish."

Explaining why, they said: "Smacking its teeth with a can? Just catch, take pics, release, simple."

88jackrea then defended the men, saying: "They eat live fish man. They're [sic] teeth are really strong. A few millimetres of a beer can won't hurt."

The user hit back, concluding: "People who disrespect our natural resources don't deserve to be allowed to enjoy them by fishing. Doesn't matter if you hurt the fish or not."

Florida law prohibits the removal of protected shark species, such as a sand tiger shark, from the water – noting their gills must remain submerged.

The National Marine Fisheries Service, who are responsible for the supervision of the US's ocean resources, said: "All prohibited sharks must be released in the water with a minimum of harm.

"Practicing careful catch and release is important because it can drastically decrease the number of fish that die after being released.

"Gravity above the water's surface exerts great stress on the fish and lowers its chance of survival after release.

"We encourage possible violations to be reported to the NOAA Office of Law Enforcement Hotline."