GAZA (Reuters) – A lockdown took hold in Gaza on Tuesday after confirmation of the first cases of COVID-19 in the general population of the Palestinian enclave, whose restricted borders have spared it from wide infection. 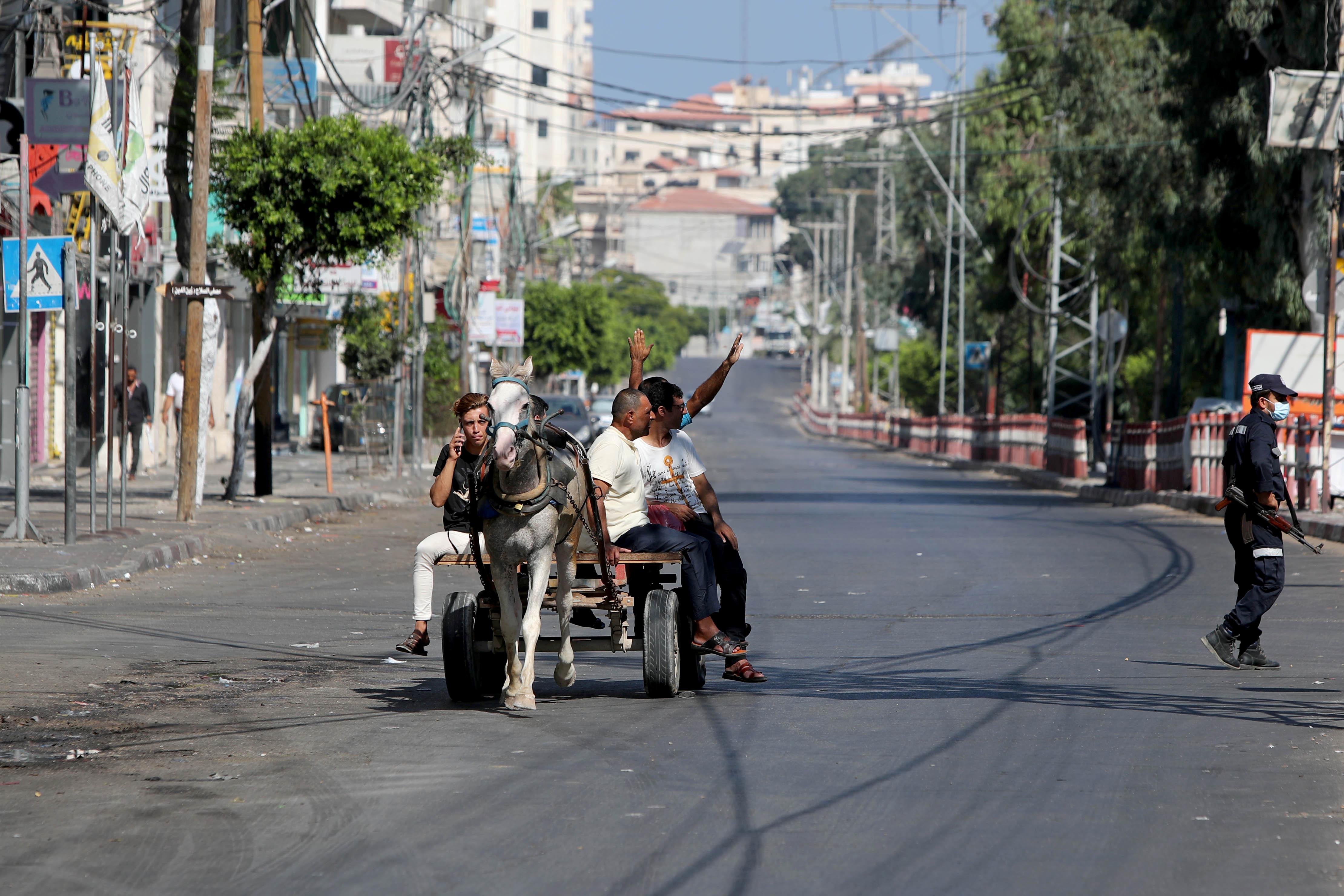 Health authorities in the Hamas Islamist-run territory of two million people are concerned over the potentially disastrous combination of poverty, densely populated refugee camps and limited hospital facilities in dealing with an outbreak.

A government spokesman said four cases of the coronavirus were confirmed in a single family in a refugee camp, the first in Gaza that did not involve people quarantined in border facilities after crossing into the coastal enclave from Egypt and Israel.

Citing security concerns, both Egypt and Israel maintain tight restrictions at the Gaza frontier, leaving Gazans with little access to the outside world for years.

With businesses, schools and mosques ordered closed late on Monday for at least 48 hours, Gaza’s streets were largely deserted. But some people scrambled to stock up on essentials in groceries and bakeries, a limited number of which were allowed to remain open.

Police vehicles used loudspeakers to urge Gazans to abide by the lockdown.

The health crisis came amid heightened tensions along the Israel-Gaza border, where Palestinians have been launching sporadic rocket attacks and incendiary balloons that have burned fields in southern Israel.

Israel has responded with air strikes against Hamas positions.

“No war has ever forced the people into a strict curfew (but) a weak virus has confined two million in the Strip,” Freih Abu Middain, a Gaza-based former justice minister, wrote on social media. “All of (Israel’s) F-16s, missiles and tanks couldn’t do that.”

Gaza’s health ministry said the four COVID-19 cases were uncovered after a woman travelled to the West Bank, where she tested positive. It said it was carrying out contact tracing to stem the spread of the infection.

The ministry said there have been 110 cases of the coronavirus inside border quarantine facilities and one death since the world pandemic began.

Last month, the Gaza director of the World Health Organization, Abdelnaser Soboh, said the territory’s health system could deal with only 500 positive cases at one time.

08/25/2020 World News Comments Off on Gaza in lockdown to try to contain its first COVID-19 outbreak
Recent Posts
We and our partners use cookies on this site to improve our service, perform analytics, personalize advertising, measure advertising performance, and remember website preferences.Ok