Victoria’s 380,000 public sector employees will be asked to say anonymously if they have been sexually harassed at work, who the perpetrator was and if they were satisfied with how the incident was handled.

Australia’s first Public Sector Gender Equality Commissioner, Dr Niki Vincent, will oversee consultation with staff in all public organisations to ascertain the number of sexual harassment incidents at the state’s 300 employers and also how many incidents are going un-reported.

The process falls under laws introduced in Victoria’s landmark Gender Equality Act 2020, which come into force on March 31 and cover 11 per cent of the state’s workforce. 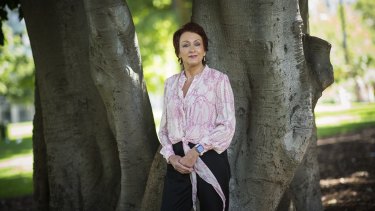 “The question will be asked [of employees in organisations that fall under the Gender Equality Act] have you experienced sexual harassment, who was the perpetrator, what was the outcome and did you accept it?” said Ms Vincent, the former South Australian Commissioner for Equal Opportunity, who moved to Victoria to take up her roll in late 2020.

The gender impact of all work carried out by the state sector will also be assessed, to ensure that men, women and gender-diverse people are served equally.

Employers must analyse gender equality internally, including their gender pay gap and workplace flexibility for parents, as well as their external gender impact and produce “gender equality action plans” based on this data by October 31.

Dr Vincent said especially in light of the national dialogue about the prevalence of sexual harassment following allegations this month by former Liberal staffer, Brittany Higgins, that she was raped by a colleague inside Parliament House, it was important to get an understanding of the size of the problem.

“Everyone I’ve ever met who has experienced sexual harassment has said they were worried about whether their employer would handle it appropriately, whether it would be confidential and what would be the consequences for the perpetrator or victim,” said Dr Vincent.

“They were worried about being branded a troublemaker, and how it would affect their career. Over and over again women have talked to me about how they’ve changed their specialisation in their career because they wanted to get away from their perpetrator. It can have a very serious impact on a peron’s wellbeing and it should be considered a work health and safety issue.″⁣

In 2016, Dr Vincent handed down an independent review of sex discrimination, harassment and predatory behaviour in the South Australian police force. She said there was often a prevalence of harassment and under-reporting of it in sectors dominated by men.

“Sexual harassment is pervasive throughout organisations. Certainly in my experience male-dominated organisations that are hierarchical, particularly the emergency service sector … do seem to have a particular problem of under-reporting. But it occurs right across the workforce,” she said.

The gender pay gap in the public sector had increased in the last 12 months, to 10.7 per cent, in part due to the fact women tended to occupy more junior and lower-paid roles.

Policies such as improving access to flexible work should benefit men as well as women. “[Gender equality] affects our entire population, but it is primarily about bringing equality for more than 50 per cent of the population and I think that’s important,” she said.

She said controversy surrounding issues such as gender diverse people wishing others to use the pronoun of their choice was difficult to comprehend.

Suggestions that gender equality was not as important as other issues “come from a position of privilege”.

“The person [suggesting gender equality enforcement is unnecessary or excessive] doesn’t have to worry about the fact they don’t fit the norm, or they’re not a white male or well-off person.

“If you are a woman of colour who experiences age discrimination [for example] gender discrimination is compounded; or if you have a disability and are also a woman. You are not going to be worrying about political correctness, you just want action and equality and you deserve it as a human being.”

People who criticised gender equality laws were “often coming from a place of fear”.

“You are always going to have that bunch of people who are threatened by it, and there’s no doubt its threatening for someone coming from a place of fear about what they’re going to lose,” she said.

“Mostly I feel a sad that they feel so afraid of equality – and that is not always just men, that can be women too.”