Golf legend Tony Jacklin has finally opened up about his romance with a 16-year-old waitress just weeks after his wife died.

The two-time major winner, widely regarded as the greatest British golfer of his generation, explored his life in forensic detail in his new autobiography Tony Jacklin: My Ryder Cup Journey, co-authored by Tony Jimenez.

In it, he addressed his romance with a teenage waitress, which came after his first wife Vivien’s death sent him into a spiral of grief and depression.

Aged just 44, the mother of the couple’s three children died at the wheel of her car from a sudden brain haemorrhage in April 1988.

The pair began a startling two-month romance – he was 44 at the time – which saw Jacklin take Methven to his home in Spain.

The golfer ended the affair with Methven after meeting his now-wife Astrid, but the scandal ended up as front-page tabloid news and dominated headlines.

Discussing the affair, Jacklin said:  ‘Well I mean that was….I don’t know. It was just a circumstance thing.

‘Vivien passed in the April and this would be in June, when I met this girl. I mean, I didn’t know how old she was, I didn’t know anything about that.

‘But it was time to move on and then thank god I met Astrid. When I got back to Spain, Astrid’s sister was a neighbour of mine and she was over to visit. As soon as I laid eyes on her, that was it.’ 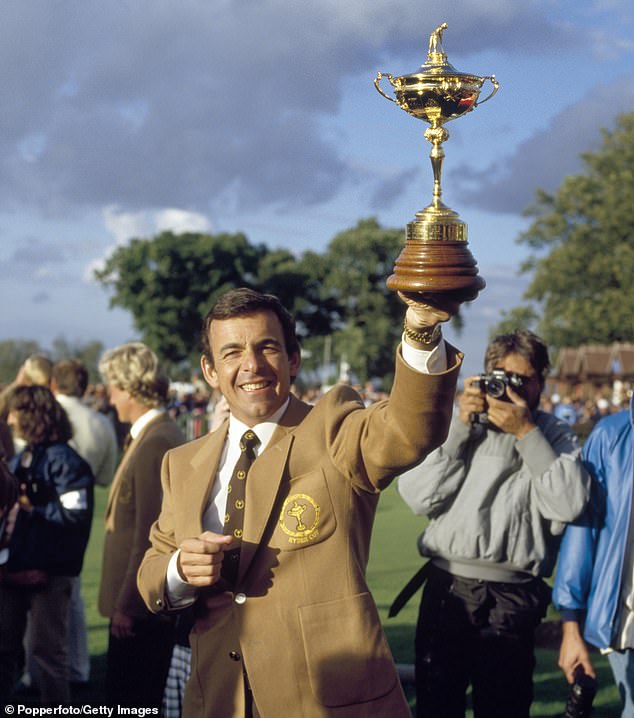 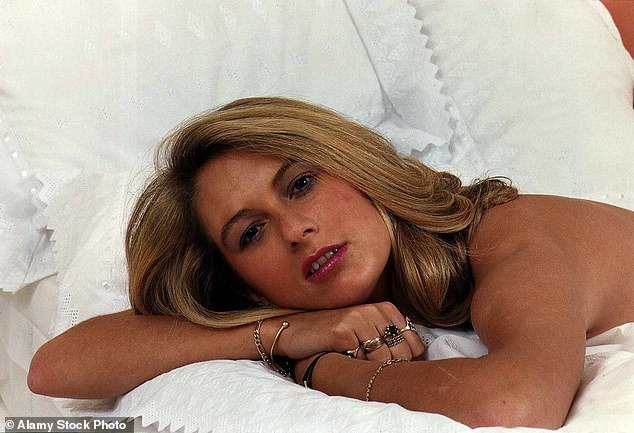 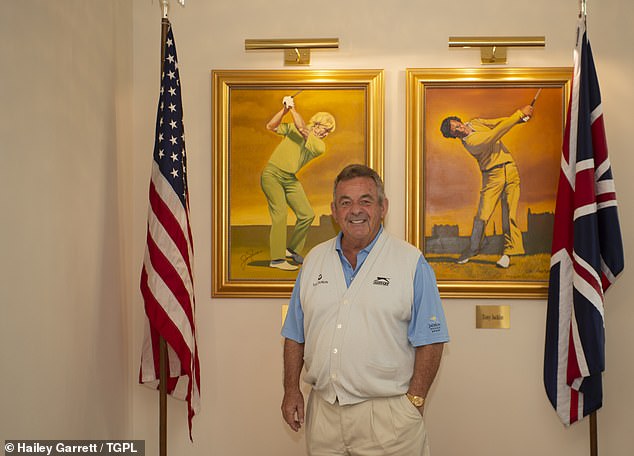 Now living in Florida, Jacklin has reflected on his extraordinary life, both on and off the course

Jacklin, now 77, details the awkwardness of that first meeting because ‘that girl (Methven) actually was there with me at the time.’

‘As soon as I met Astrid I went and told her (Methven) “you’re going to have to go back”. I put her on a plane in Gibraltar and she walked into The Sun’s office and spilled the beans.

‘We cleared off, Astrid and I, because the press were camping outside. We went to this resort in the hills around Malaga where the king of Spain used to go. It was a secluded place, nobody knew where we were other than two friends. And I kept calling, asking: “Is it all clear yet?” And they were saying: “Stay there!”

Jacklin and Astrid married that December in Gibraltar at the same church as John Lennon and Yoko Ono.

They have been by each other’s side ever since.

The story about his scandalous affair is one of several the golf legend talks about in his book.

On the links, Jacklin is the man who revolutionised the Ryder Cup, the 42nd edition of which begins this week at Whistling Straits in Wisconsin.

By 1988 Jacklin had completed three stints as captain. In 1985, he led his European side to their first win in 28 years – going back to when it was just a British and Irish team – and two years later to their first win on American soil in Ryder Cup history.

Even back in 1983 during Jacklin’s first captaincy, Europe ran America close and eventually lost. But what was gained was a seminal shift in Europe’s attitude towards the Ryder Cup, a fundamental ripping up of the tired old playbook that ushered in an era of professionalism and success that has made the Ryder Cup golf’s crown jewel.

More than 270,000 people attended the 2018 edition at Le Golf National. The organisers estimate more than £200million in economic activity occurred in France as a result of hosting the tournament. Nothing else in the sport comes close.

Not that many people would care without Jacklin’s intervention. It is no exaggeration to say he almost single-handedly gave golf the premiere product it has today, when the seven-time Ryder Cup player took his first bow as captain.

Jacklin slightly bristles as he recalls how the Ryder Cup was treated during his playing years between 1967 and 1979. He played in six tournaments for Britain and Ireland, and was part of the inaugural European team.

‘Back in the 60s when I started playing it was, from a British and Irish standpoint, more a question of turning up and putting on a good show, rather than thinking about winning the thing,’ he said. 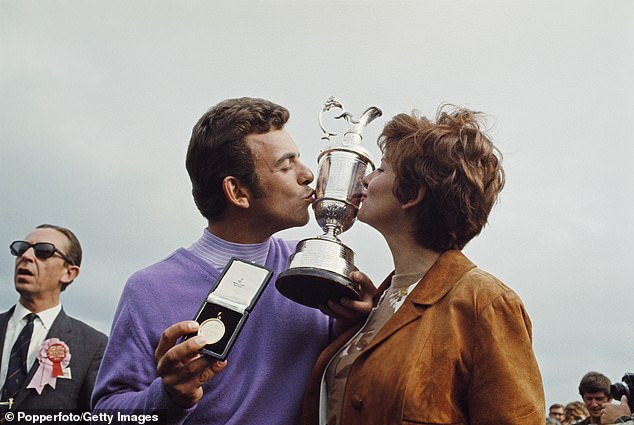 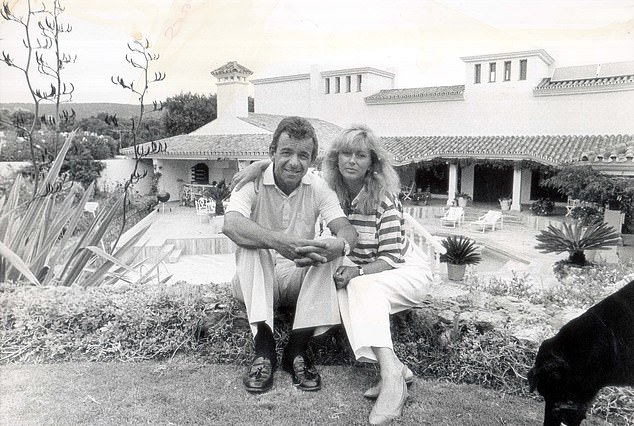 Jacklin married again later that year, to Astrid Waagen, after meeting her only months after his first wife’s death. The couple remain together to this day and are pictured here in Spain

However, his was a star on the rise, and two years after his first Ryder Cup in 1967 he became the first British player to win the Open Championship in 18 years, aged just 25.

‘Having played in America as I did in the 60s and early 70s, I was about winning, not just turning up and getting my backside kicked every time,’ he says.

‘It wasn’t confidence we had, it was bravado. We didn’t have that inner, quiet confidence that you don’t talk about. If you’ve got it, you don’t flaunt it. You just get on with it.’

Such was the dire state of the competition that American golfer Tom Weiskopf infamously made the Ryder Cup team in 1977 but chose to go hunting instead. Thus the change in format came about, with team Britain and Ireland becoming team Europe in 1979.

Jacklin made that tournament, but wasn’t selected for the 1981 team. Neither was Seve Ballesteros, a close friend of Jacklin’s who he believes was ‘arguably the best player in the world at the time’. 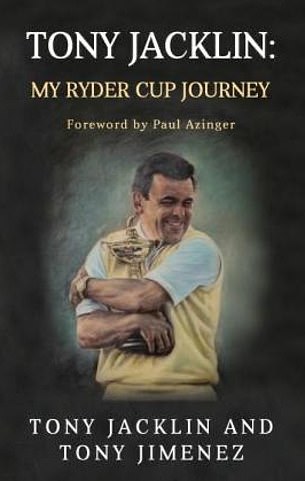 Jacklin was 13th on the money list, meaning he missed out on automatically qualifying for a place, something he hasn’t forgotten.

‘If you needed proof of the fact that they weren’t concerned about winning, you don’t have to go any further than 1981 really,’ he said. ‘It was a joke. I was pretty teed off about being left out.

‘At that juncture I’d walked away from the Ryder Cup, I didn’t want to know any more about it. So you could’ve knocked me down with a feather when they came and asked me to be captain.’

The selection committee’s gall to approach Jacklin after jettisoning him was ultimately their biggest windfall. Jacklin is the most successful Ryder Cup captain ever, with two wins and a draw over his four attempts.

So just what did he do to turn Europe from a laughing stock into contenders? First, call Seve.

‘He was my on-course general,’ Jacklin remembers fondly. ‘And getting him back into the fold when he was mad, and rightly so, at being left out in 81 was tough. I said: “I believe we can do it but I can’t do it without you”. He was terrific through that whole thing.’

Jacklin then set about revamping the entire European team set-up having seen how much better the Americans were treated and how that helped foster a winning mentality.

‘First class travel for a start, best clothing we can muster, not anything anybody would just give us,’ he lists. ‘A team room, caddies to travel with us – when we played in America we had to take whatever caddy they decided.

‘The biggest thing overall was the team room. That’s where the camaraderie came in, that’s where we got to know each other.’ 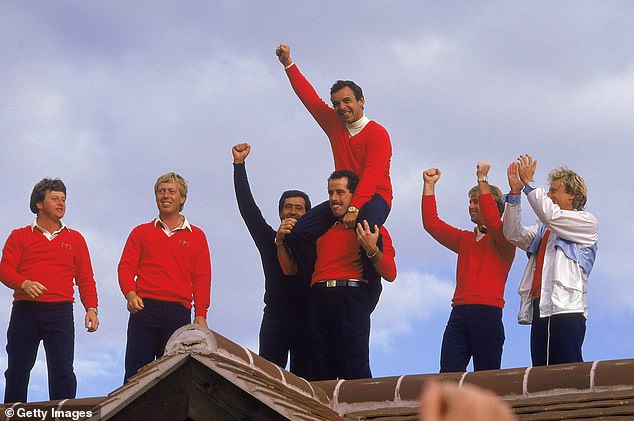 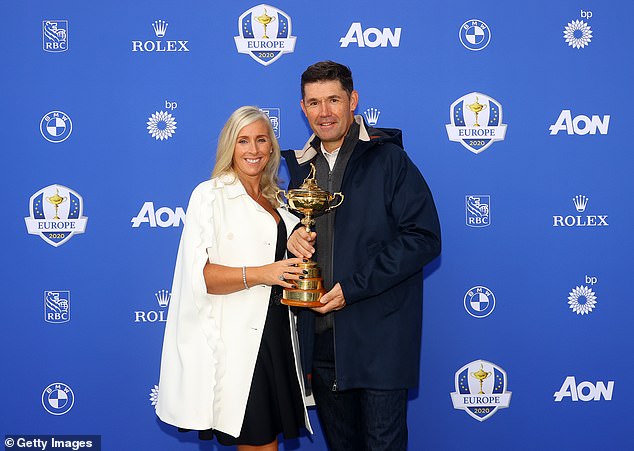 Yet, while he was starting a revolution in the Ryder Cup dressing room, Jacklin’s woes continued in his private life.

He was left on the brink of financial ruin after the Lloyd’s of London ‘Names’ scandal of the late 80s. But a close friend then, and now, helped him get back on his feet: Jack Nicklaus.

Jacklin is reluctant to go into too much detail, but his voice radiates warmth when talking about the golf legend.

‘Jack’s been a good friend for 55 years,’ he says. ‘He was one of the first on the phone after hearing that Vivien died. I don’t know how he heard but it was within an hour of her passing that he called.

‘When we came to America 27 years ago, we lived in Jack’s guest house for three months. They’ve (Nicklaus and his wife Barbara) been dear friends and nothing but helpful throughout my association with them. We’ll see them next week I’m sure, now they’ve got this Nicklaus-Jacklin Award.’

That inaugural award is a new Ryder Cup tribute commemorating ‘The Concession’, when Nicklaus conceded his putt on the 18th green against Jacklin so that the 1969 Ryder Cup was tied for the first time in its history. The pair walked off the course arm in arm and an iconic moment was created.

It will be hailed this week at Whistling Straits. 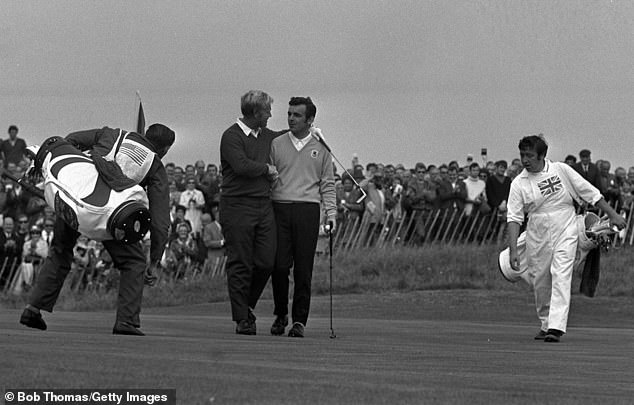 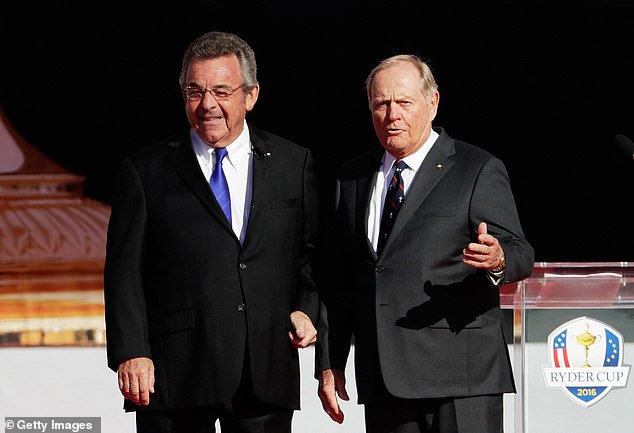 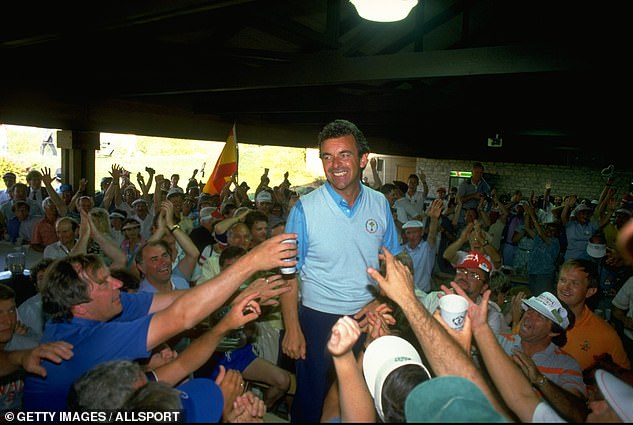 Such sportsmanship is a central tenet of how Jacklin has always believed golf should be played: ‘If after playing anybody in any match, if you can’t look the opponent in the eye and say well played, win lose or draw, then we’ve all been wasting our time.

‘It’s not war, it was never a war. Just guys coming together and trying to prove that they’re better, there’s nothing wrong with that.’

So what does he make of the steelier edge the Ryder Cup has taken on in recent years? The American camp in particular is renowned for in-fighting between some of the alphas sharing the same locker room.

‘The European team come together as a team. I said to somebody the other day, I look at the American team this year with their six rookies, all of these snippets going on with (Bryson) DeChambeau or (Brooks) Koepka, and I know what team room I’d want to be in.’

Jacklin is also bullish about Europe’s chances. ‘I think we’re going to have some very strong partnerships going in early. We need them to establish an early lead, like the girls did (in the Solheim Cup). That will quieten the galleries down a bit. I can’t see any reason why we can’t pull it off.’

His professional tour days may be behind him, but golf follows Jacklin everywhere, even as far as the cancer diagnosis he reveals he received in 2014.

Having been told he had follicular lymphoma – which Jacklin describes as ‘manageable, but incurable, part of getting old’ – he sought a second opinion.

‘It was funny because I had to listen to two or three Ben Hogan stories from the doctor, and I’m sitting there thinking: “Just tell me whether I’m going to die or not!”‘

After chemotherapy and other treatments, Jacklin is in remission these past 18 months and looking forward to the first tee at Whistling Straits.