Pensioners are guaranteed a major boost to their state benefits next year, the Chancellor insisted last night.

Kwasi Kwarteng said the Government was ‘absolutely committed’ to the pensions triple lock amid fears that it could be suspended again to save money. But he refused to say that increases to welfare payments for the unemployed would keep up with the soaring cost of living.

Meanwhile experts warned that his Treasury will have to slash billions of pounds from public services, similar to the cuts imposed in the austerity era of the last decade, to balance the books after his radical tax-cutting Budget. 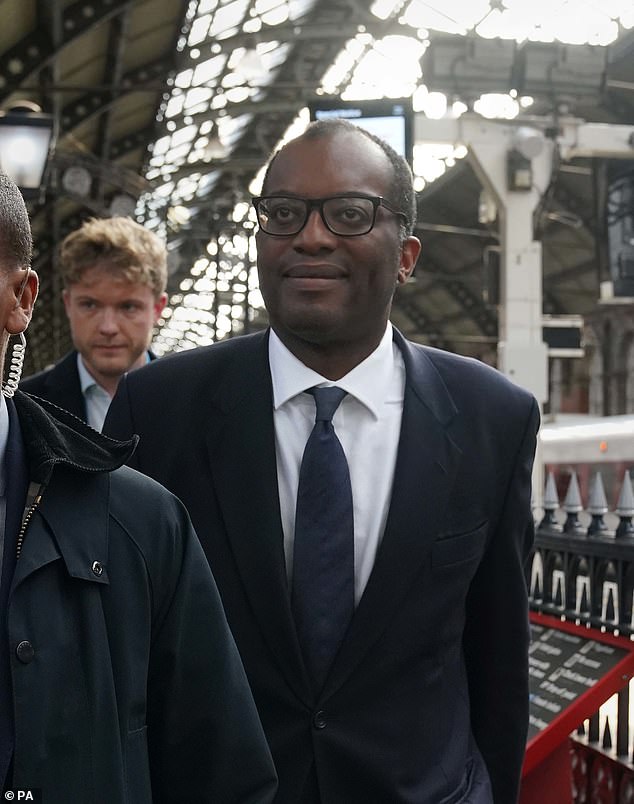 Chancellor Kwasi Kwarteng arrives at Darlington station for a visit to see local business yesterday. He said the Government was ‘absolutely committed’ to the pensions triple lock amid fears that it could be suspended again to save money

But asked if benefits would also rise in line with inflation, he would only say: ‘It’s premature for me to come to a decision on that, but we are absolutely focused on making sure that the most vulnerable in our society are protected through what could be a challenge.’ His comments came after concerns were raised that the long-standing Conservative manifesto pledge – guaranteeing that the state pension rises each year to match whichever is highest out of inflation, earnings or 2.5 per cent – could be broken again next year.

The triple lock was controversially suspended last year to avoid a record increase in line with wages that were boosted when the Covid slump ended, leaving the elderly with just a 3.1 per cent rise in April this year.

The following month Rishi Sunak, then Chancellor, promised it would return, providing a welcome hike in retirement incomes from April of around 10 per cent, as the figure is calculated by the rate of inflation in the year to September.

Mr Kwarteng’s assurances came after Chief Secretary to the Treasury Chris Philp refused to guarantee the triple lock would be maintained. Mr Philp, who has just told Whitehall departments to find new ‘efficiency savings’, said the decision was ‘under consideration’.

He told the BBC: ‘The Department for Work and Pensions every autumn reviews plans for benefits. That process will take place as normal in the course of this autumn and be announced to Parliament in the normal way. I’m not going to pre-empt that process.’ 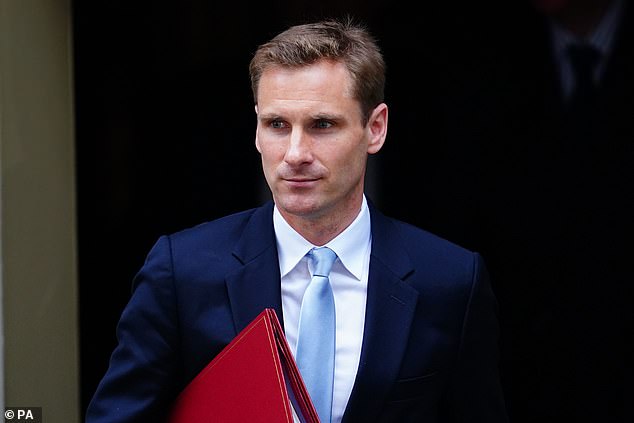 Helen Morrissey, analyst at Hargreaves Lansdown, said pensioners are banking on ‘an inflationary increase to their state pension next year under the triple lock’, adding: ‘Many pensioners have been left struggling with their finances as the cost of energy and food has soared and their incomes have been unable to keep up.’

Former pensions minister Baroness Altmann said that if the Tories break their pensions promise a second time, after cutting the 45p income tax rate and removing the cap on bankers’ bonuses, ‘I think that would be taken very poorly by some of their core, loyal voters’.

She added: ‘I would strongly advise them against removing promised protection for pensioners in the UK, which has got among the lowest state pensions in the developed world.’ Sir Steve Webb, a former pensions minister who is now a partner at consultancy LCP, predicted that ministers would ‘look to make savings by squeezing working age benefits’.

The Resolution Foundation think tank said that uprating benefits, including the pension, by earnings instead of inflation next year – effectively a 4 percentage point cut – would raise £11billion in a year but cost a low-income family more than £1,000. It predicted that the Government may have to bring in spending cuts even bigger than George Osborne’s in 2010.